Afeni Shakur Was Much More Than Just Tupac’s Mom

Afeni Shakur Davis, mother of legendary rap artist Tupac Shakur, died Monday night from an apparent cardiac arrest, two decades after her son. While Shakur is best known as the keeper of Pac’s legacy, she’s also been a cultural icon for decades.

“Remember to keep yourself alive, there is nothing more important than that” – Afeni Shakur #RIPAfeniShakur pic.twitter.com/kGImb7sMf5

Shakur joined the Black Panther Party in New York City in 1964 and told friend and biographer Jasmine Guy the Panthers “took my rage and channeled it. They educated my mind and gave me direction.” Shakur wrote for the Panther Post, helping to spread the group’s message. In 1969 Shakur, along with several others, was arrested and charged with conspiracy to bomb public buildings. Against the advice of her co-defendants, Shakur represented herself in court, securing her freedom in May 1971. A month later she gave birth to one of the greatest rappers in history. 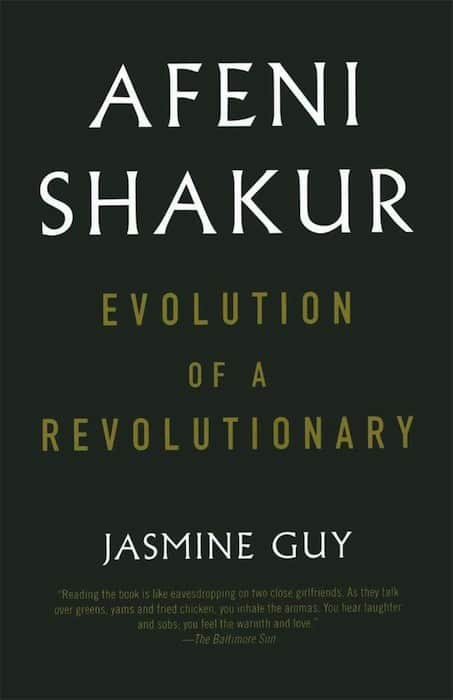 Ten years after Tupac’s murder, actress Jasmine Guy wrote a “searing” biography on Shakur that told the story of how she went from being an impoverished girl growing up in the rural South to one of the most well-known members of the Black Power movement.

In 1995, Tupac released Me Against The World, named one of the top 200 albums of all time by the National Association of Recording Merchandisers, the project was anchored by “Dear Mama,” Pac’s ode to Shakur. Since being released more than 20 years ago, Tupac’s introspective song has continued to serve as an anthem for moms. 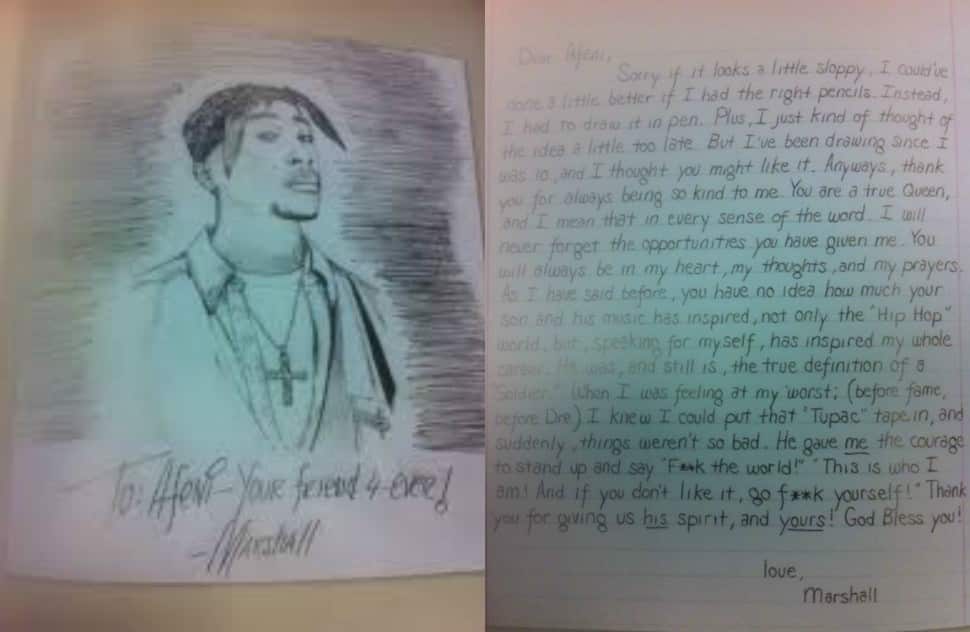 Last year, rapper Eminem wrote a letter to Shakur not only about her son’s influence on his musical career, but also to Shakur for being a “true Queen.”

Michonne from The Walking Dead aka Danai Gurira will be playing Afeni Shakur in the new Tupac Biopic! #AllEyezOnMe pic.twitter.com/dB5eEGVdja

Since Tupac’s 1996 murder, Shakur has made it her mission to keep her son’s legacy alive. In addition to founding the Tupac Amaru Shakur Center for the Arts in 1997, Shakur produced a Broadway musical–Holla If Ya Hear Me–based on her son’s life, and is an executive producer of the upcoming big screen biopic, All Eyez On Me. The Walking Dead’s Danai Gurira will also play her in the film.