As the impasse over Judge Merrick Garland’s nomination to the Supreme Court prepares to enter its second month, HBO is shining new light on one of the most controversial nomination battles in history. The network’s feature-length drama, “Confirmation,” which premieres this weekend starring Kerry Washington and Wendell Pierce, tells the story of the confirmation hearings of Justice Clarence Thomas and the testimony of Anita Hill that Thomas was sexually inappropriate with her while he served as her supervisor. 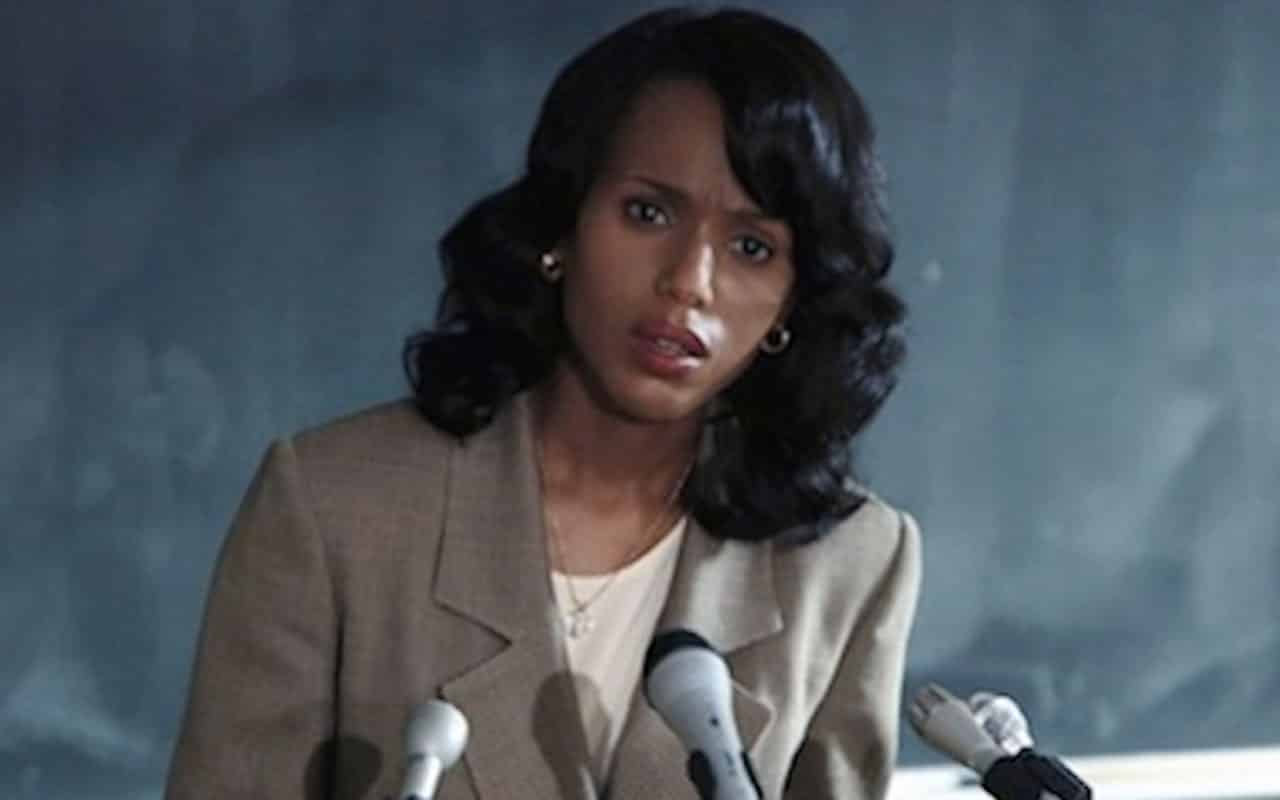 The network’s fresh take on the scandal is well-timed, because the controversy surrounding Anita Hill’s testimony continues to bear important lessons about race, gender and power today.

Anita Hill’s public testimony about her experiences with Justice Thomas received intense media coverage in the fall of 1991, following President George H. W. Bush’s nomination.  As a high school student at the time with aspirations of pursuing a career in the law, I was fascinated by Hill’s poise under pressure, her ability to speak frankly about topics of sexuality that were taboo at the time but confused by conduct that seemed out of place in a legal setting.

At that time, feminism was perceived as a movement driven largely by White women and harassment of women was something confined to the back rooms of factories and warehouses. But Hill shattered those myths.  Here was a Black woman testifying on a national stage about issues that lie at the intersection of gender, power and race. Anita Hill helped make plain the meaning of sexual harassment, empowering a generation of women with a new understanding of the law and emboldening women to report unlawful conduct wherever it occurred.

Thomas’s nomination to the Court came about following a vacancy left by Justice Thurgood Marshall, a renowned civil rights attorney who eventually went on to serve as the court’s first African American justice. Because Thomas had only been a judge for a year when he was nominated, advocates pointed to what they felt was his moral character as one of his primary qualifications for a seat on the Supreme Court. Thomas proceeded swiftly through his Senate hearings, with support from people such as Maya Angelou, and appeared to be well on his way to a confirmation vote.

That perception was shattered when statements Anita Hill made to the FBI about Thomas during a private interview were leaked to the press. The Senate Judiciary Committee—chaired at that time by then-Senator Joe Biden—reopened Thomas’s confirmation hearings and summoned Hill to testify about her experiences with Thomas. Over several days of publicly televised testimony, Hill recalled numerous instances in which Thomas allegedly behaved in a sexually inappropriate manner while he was her supervisor over the course of two years, first at the Department of Education and then at the Equal Employment Opportunity Commission. According to Hill, Thomas repeatedly pressured her for dates, frequently discussed pornography in the office, and bragged about his sexual prowess.

Thomas flatly denied the accusations before the all-male Senate Judiciary Committee, and Hill became the target of virulent criticism from skeptics. Many questioned why Hill would follow Thomas from the Department of Education to the EEOC if he had indeed engaged in the conduct she alleged. (For her part, Hill claimed that she desperately wanted to work in the civil rights field and that she believed Thomas had stopped being inappropriate at the time.) A smaller subset of commentators expressed their opinion that Hill, as a Black woman, should remain silent rather than endanger the nomination of a Black man to the nation’s highest Court. On the other side, many feminists took up Hill’s cause as that of the working woman in America, sporting T-shirts that declared “I Believe Anita Hill.”

Other women who worked under Thomas also lined up to corroborate Hill’s testimony. The public never got to hear their stories, however. In an unexpected twist, the Senate Judiciary Committee decided not to call any further witnesses after Hill, leaving only her word against Thomas’s denials. Thomas was reported out to the Senate floor, where he was confirmed by a vote of 52-48—by far the narrowest confirmation margin in nearly a century. HBO’s modern dramatization notwithstanding, the scandal’s participants have largely moved on with their lives. Anita Hill is now a well-respected law professor at Brandeis University in Massachusetts. Thomas, of course, is now an Associate Supreme Court justice, where he has frequently voted against the interests of civil rights plaintiffs.

But the controversy surrounding Justice Thomas’s confirmation hearings underscores the central role that the Supreme Court plays in our democracy. The Supreme Court is tasked with resolving some of the most complex and important controversies in our nation and its justices hold their seat for life. The Thomas confirmation hearings remind us of the importance of holding public hearings for Supreme Court nominees. That is why every nominee in the modern era has gotten a hearing before the Senate in accordance with the Constitution, and that is why those members of the Senate now opposed to giving Judge Merrick Garland, nominated almost a month ago to fill a vacancy on the Court, should abide by the Constitution and give Garland a hearing too.

Kristen Clarke is President and Executive Director of the Lawyers’ Committee for Civil Rights Under Law.  Follow her on Twitter @votingrights.