At 'The Best Man: The Final Chapters' World Premiere, Morris Chestnut and Terrence Howard Share What Their Characters Taught Them About Love

From left: actors Morris Chestnut and Terrance Howard at the world premiere of "The Best Man: The Final Chapters." Image: courtesy of Peacock
By Jessica L. Dupree  | December 8, 2022
Share

“I’ve always appreciated my wife but just going through that whole experience and having that bond with Monica Calhoun, who played my wife in the movie, and experiencing that loss is learning to appreciate and respect her while she’s here.”

One of Black Hollywood’s most beloved stories of romance, drama and comedy is returning again—this time with more laughter than sorrow. Created by Malcolm D. Lee, The Best Man: The Final Chapters, a new Peacock series featuring Morris Chestnut, Taye Diggs, Terrence Howard, Regina Hall, Sanaa Lathan, Nia Long and Harold Perrineau, is based upon the eponymous Universal film franchise, with The Best Man grossing $34.5 million at the box office in 1999, and its follow-up The Best Man Holiday grossing $71.6 million in 2013. The series catches up with Harper, Robyn, Jordan, Lance, Quentin, Shelby, Candace and Murch, and captures the story of their relationships that have evolved and past grievances that have resurfaced. It’s where midlife crisis meets midlife renaissance in the unpredictable stages of life.

EBONY caught up with the leading cast of The Best Man: The Final Chapters at its world premiere in Hollywood and spoke to them about what we should expect in the upcoming series and what their characters taught them about love.

“It’s better than the Golden Girls reruns. I think the fans can expect to see the same drama that they saw before, but still seeing the honest relationships and the communication. This was about friendship and I think we hold tight to that friendship,” Howard said when asked what fans can expect this time around.

“It’s more of what you love from the first two [films], it’s more of that," added Diggs.

“We have a great cast, we have a tremendous show, great characters, great stories. You get a little bit of everything—people laugh, people cry, they just have a good time,” chimed Chestnut.

Chestnut along with Howard both spoke about love, and how they both seemed to have two different perspectives on it.

“Stay away from it,” said Howard ,when asked what his character taught him about love. “It’s a lie! Love is a lie, it’s all it is. It’s not true love; it's just emotions and chemical reactions. Real love comes from a mother and a child but everything else falls short. That’s what “Q” has taught me.”

He continued, “I think that’s what “Q” would love to believe, but I think he actually falls in love with the woman that he marries but you lose a big portion of yourself in order to fall in love."

For Chestnut, who has been married to his wife Pam Byse for over two and a half decades, his character helped him cherish her more.

“My character in the last movie, The Best Man Holidays, suffered a tremendous loss. So, I’ve always appreciated my wife, but just going through that whole experience and having that bond with Monica Calhoun, who played my wife in the movie, and experiencing that loss is learning to appreciate and respect her while she’s here.”

But whose love would stand the test of time in The Best Man: The Final Chapters?

Of the character he plays, Harold Perrineau, known for his portrayal of Murch, told EBONY, “Murch is still Murch. He starts out exactly the same way: he’s a nice man, he does really cool things, and then, you know, there’s a change. And that’s all you need to know,” he said as he smiled and shared glimpses of what’s coming.

The Best Man: The Final Chapters will premieres on Peacock on December 22, 2022. 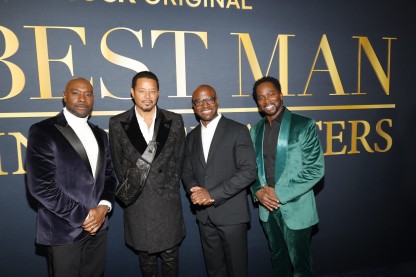 The men of "The Best Man: The Final Chapters." Image: courtesy of Peacock 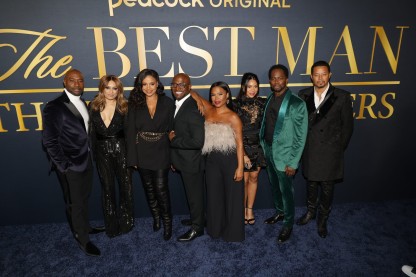 The cast of "The Best Man: The Final Chapters." Image: courtesy of Peacock 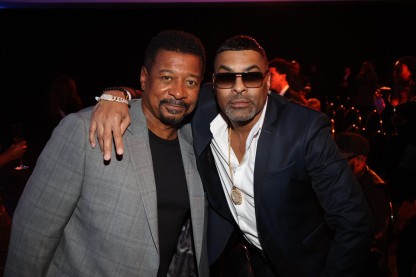 From left: Robert Townsend and Genuwine. Image: courtesy of Peacock 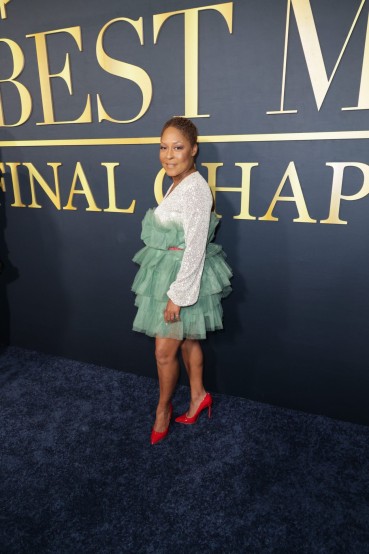 Monica Calhoun, who plays Mia in "The Best Man" saga at the movie's premiere. Image: courtesy of Peacock 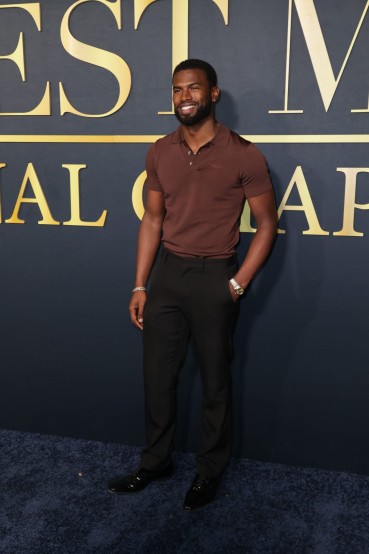 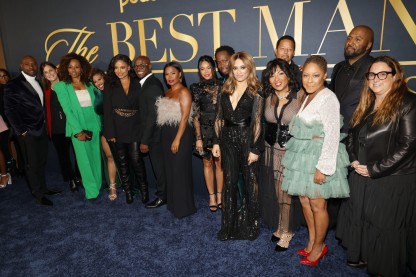 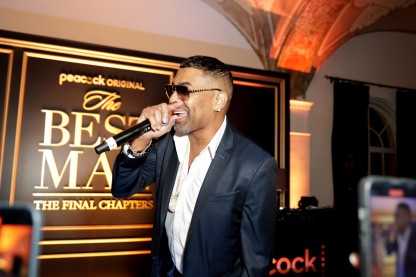 Genuwine performing at the movie premiere. Image: courtesy of Peacock