The Chi creator Lena Waithe said goodbye to her signature dreadlocks over the weekend revealing a lowcut caesar.

On Saturday, the Emmy award-winning writer posted an image of her new look captioning it, “New tings.” Waithe has had dreadlocks for a much of her career in Hollywood. She has even spoken about the politics of what it’s like being “Black and gay, having dreadlocks,” sporting her ‘do along with a rainbow pride-inspired cape at the 2018 Met gala. 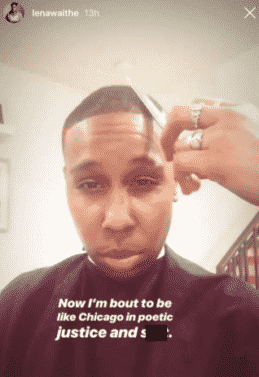 It appears the outspoken creator wanted some change as she prepares for the second season of The Chi, her drama on Showtime and the debut season of her TBS comedy series, Twenties.