Thumper, Rosie, May Day, Jinx, Moneypenny. No, those aren’t the names of the latest lipstick colors from MAC. They’re the names of the only Black “Bond girls” in the history of the legendary James Bond franchise. Actresses Trina Parks, Gloria Hendry, Grace Jones, Halle Berry and Naomi Harris are in a special sisterhood. They’ve either conspired with, slept with, or kicked 007’s British butt. And last night, during the African American Film Critics Association’s Black Women of Bond Tribute (which took place at the California African American Museum), for the first time four out of five of them stood together on the heels of the release of the 24th Bond film, Spectre, hitting theaters this Friday (November 6).

“I am so proud to stand up here with these gorgeous, talented women, ones that walked before me, that paved the way,” Halle Berry gushed as she stood side-by-side with the other Black Bond women. “I have so much respect. I’m humbled to be here and be reminded [of] what you ladies did, and the path you paved so Naomi and I could be here with you.”

Berry, who’s been keeping a low profile since news broke of her impending divorce, wasn’t missing a once in a lifetime opportunity to stand next to this special fraternity of women.

Apparently, appearing as a Bond girl truly is a one-of-a-kind experience. Gloria Hendry, who appeared as Rosie Carver (the CIA agent who teamed up with Bond in Live and Let Die), recalled, “I had a penthouse hotel room in London at the Pinewood Studios. I was treated like I thought I starred in the movie, [as if] I played Bond! They made all my clothes. It was awesome!”

For Trina Parks, a.k.a. Thumper—the very first Black Bond girl who played opposite Sean Connery in Diamonds Are Forever—the experience was a blast. “It was so much fun. I loved it!  And Sir Sean, he was great to work with. It was like we had worked together before. And I’d worked with [big] names before, so it wasn’t like, ‘oh Sean Connery!’ I had breakfast with him before we did the scene. He wanted to meet the person that was going to beat him up.”

The Black Bond girl is definitely something to be celebrated. It was and is an opportunity to see ourselves reflected on the big screen in a high profile film with beauty, brains and power. Think about it. All the way back in 1971, 44 years ago, a sister with a short-cropped Afro was shown on the big screen kicking some Bond butt in a yellow, sexy bathing suit.

Fast-forward to present day 2015, 53 years after the first James Bond film hit theaters, Miss  Moneypenny (originally cast as a White actress) is now played by Naomi Harris. She’s Bond’s right-hand woman and pretty much the only person he trusts with his secrets. While clearly there’s some chemistry there (the two slept together in 2012’s Skyfall), Moneypenny is smart enough not to become one of Bond’s many conquests.

“From the bottom of my heart, thank you to each and every one of you,” Harris said to the Black Bond women who came before her. “You inspire me with your incredible performances and with your representation of Black female beauty.

“Growing up in London, coming up in a little town, Finsbury Park—you probably never even heard of it—there were not many representations of Black female beauty,” Harris continued. “I really have to thank Bond and the franchise for being forward thinking, and for being one of very few franchises at that time that actually presented Black women… And to have the baton passed on to me and to be running with it now, I am so grateful and so proud to represent this franchise, to continue the legacy you’ve all started.” 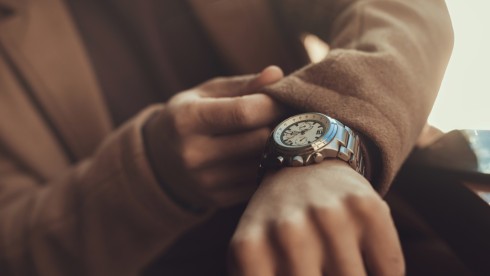