Tuesday marked the 49th anniversary of the assassination of Dr. Martin Luther King, Jr. As thousands flocked to social media to pay homage to one of the greatest civil rights leaders in history, one organization’s tribute to King caused frustration and anger amongst the Black social justice community—the Federal Bureau of Investigations.

The FBI in all of its infinite wisdom decided the anniversary of King’s assassination would be a great time to send a tweet to talk about the arc of justice, stating, “Today, on the anniversary of his assassination, the FBI honor the life, work, & commitment of Dr. Martin Luther King Jr. to justice.” Now ordinarily, this would seem harmless, but as history tells us, one of the reasons King and many other civil right leaders are no longer with us today is because of the FBI’s campaign to take them down, which continues to be a black eye on the agency and the country when it comes to race relations.

In 1956 the FBI started COINTELPRO, a counter-intelligence program set to disrupt the activities of the communist party. This program, however, grew into a surveillance program in effort to stop the growing civil rights movement in the 1960s. This program used illegal measures to track prominent Black leaders and leak false information to defame them in an effort to thwart their efforts to mobilize the community. As head of the FBI, J. Edgar Hoover was notoriously against the civil rights movement as his organization stood silent as Black people were being attacked and brutalized while seeking the same justice the FBI tweeted about. Hoover also set the COINTELPRO program in place to disrupt, misdirect, and discredit any and all Black organizations that threatened the social order.

Hoover, who was the godfather of the FBI, had a particular disdain for Dr. King. He called King “the most notorious liar in the country,” while the icon was on his way to Oslo to receive the Nobel Peace Prize. But none of this should come as a surprise as most government institutions in the United States at that time had an agenda to suppress the Black community and keep the White majority as status quo. Hoover’s comments, however, are seemingly insignificant to what the FBI, under the director’s watchful eye, did next.

In 1964, King received a letter known today as the “FBI-King Suicide Letter” that was meant to be used a tool of blackmail to shut down the new “Black Messiah.” In November of that year, a package with the letter and recordings of King’s alleged sexual interactions outside his marriage were sent to his wife, Coretta Scott King, and later to King himself. The letter, which was believed to have been sent by the FBI, was a threat that the leader should kill himself rather than face the embarrassment of his indiscretions becoming public. Rather than fold, King continued to march, speak, and protest until his untimely death in 1968 at the hands of James Earl Ray.

The FBI’s tweet commemorating King’s assassination speaks volumes about how tone-deaf organizations that are set up to protect its citizens can be to the concerns of the most marginalized. Furthermore, it also highlight’s the agency’s hypocrisy given the fact it still uses COINTELPRO-style tactics to surveil activists like those in the #BlackLivesMatter movement. It comes as no surprise that since the BLM movement started 3 years ago, many of the most vocal participants have been placed on a watchlist as a way to prevent the second coming of Martin, Malcolm, and Medgar. Groups like #BlackLivesMatter have also been viewed as a “hate group” to some in the same way the SCLC and Black Panther Party was over 50 years ago. Recently a Black NYPD officer was reprimanded for tweeting about #BlackLIvesMatter, yet no one has ever been suspended when using #AllLivesMatter or #BlueLivesMatter. This basically means that anything #BlackLivesMatter-related is seen as anti-White and anti-police as opposed to anti-racism or anti-police violence.

Almost 50 years after King’s assassination, the notion that an organization like the FBI, which was such a staunch opponent to the assertion of rights by Black citizens, can think a tweet can provide penance for its past evils is absurd. While the quote the FBI chose to use from King promised “the arc of the moral universe is long, but it bends toward justice,” for King and the Black community, justice from the FBI has yet to be realized and yesterday’s actions only proved how far we truly have to go.

George M. Johnson is an activist and writer based in the Washington, D.C. area. He has written for EBONY.com, Pride.com, Thebody.com, The Grio, The Huffington Post, and Teen Vogue on topics of health, race, gender, sex, and education. Follow him on Twitter: @iamgmjohnson. 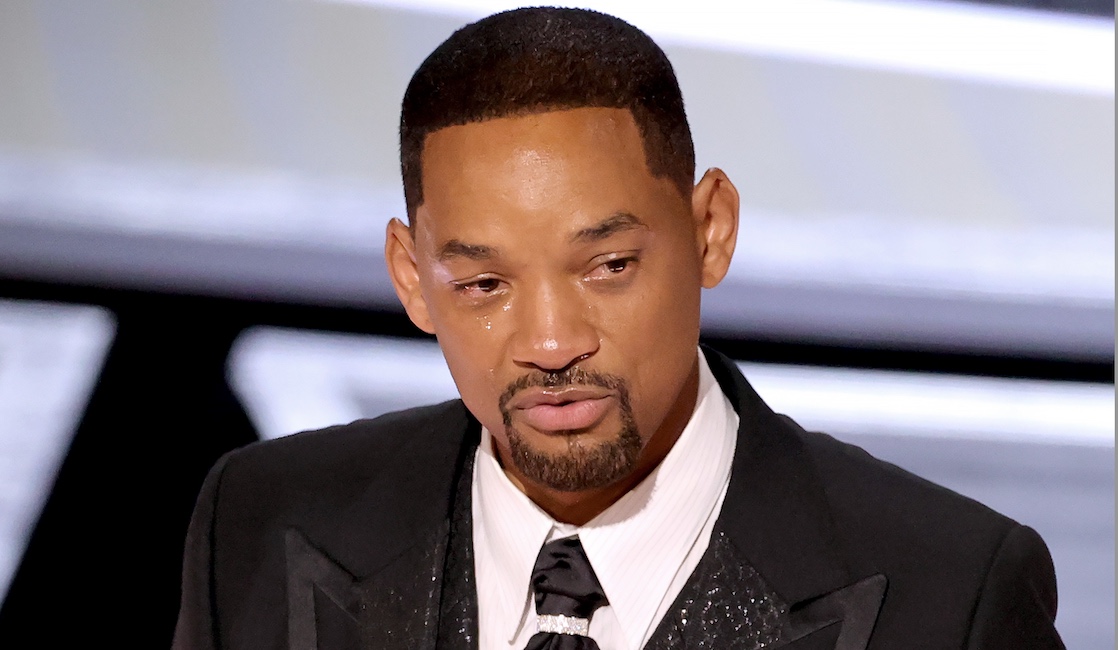 Op-Ed: March Madness—Will Smith and Chris Rock Oscars’ Incident Is a Microcosm of the Pressure and Struggle of Being a Black Man