Frank Smith, Jr. emerged from a Mississippi jail and learned that he was wanted — by Uncle Sam.

The 20-year-old civil rights worker had been locked up for three weeks in Greenwood, in the notoriously racist Mississippi Delta, for helping a group of blacks register to vote. “After I was released from jail, I called my mother at home in Georgia to tell her I was okay,” said Smith, 73. “She told me I had a draft notice to go to Vietnam.”

It was 1963. Draft board officials wanted to know if he’d had any scrapes with the law. Smith told them he had three federal cases pending against him at that very moment, thanks to his civil-rights work. “They told me they didn’t want me in the Army,” Smith recalled. “I said, ‘Thank you very much!’ and I went back to Mississippi.”

Despite that experience, Smith always has held service members in high esteem — especially those who fought to protect rights that they were denied.

Thirty years after he left the South, Smith helped establish the African American Civil War Memorial and Museum in Northwest Washington. It honors the war’s 209,000 black military personnel. More than 200,000 people visit annually. Construction soon will begin on a $4 million expansion to double the museum’s square footage and to add two new exhibitions – including one on First Lady Michelle Obama’s roots.

The museum, located in the once-troubled U Street Corridor, hosts cultural and educational programs and events focused on the Civil Rights Movement, including last year’s memorial service for Julian Bond. He, like Smith, was a founding member of the Student Nonviolent Coordinating Committee (SNCC).

Smith said the museum links the Civil War heroes with those who stood up after Rosa Parks refused to give up her seat on that bus in Montgomery, Alabama. “They were the first civil rights activists,” Smith said of the soldiers.

Acquaintances said it is fitting that Smith became the founding director of a museum dedicated to black history because he lived it. From 1962 to 1968, he battled Jim Crow on the front lines in Mississippi.

He was threatened, beaten and saw friends die.

“You had to be able to function in an environment of terror and not be paralyzed,” said Courtland Cox, 75, of Northwest Washington, who worked with Smith in Mississippi.

Born in 1942 on a Newman, Ga., peach plantation, Smith’s father farmed and drove a truck. His mother, Flora, now 96, reared their eight children. His family and his church were the center of his existence, he said.

From Monday through Friday, the church building served as the school house. On Saturdays, it took on the role of community center. They worshipped there on Sundays.

“We were a big extended family,” said Smith. “If somebody was having trouble bringing their crops in, everybody helped. If one went through something, we all went through it. I had a lot of family around, but it wasn’t just your family. It was the whole community. You grew up being loved and supported by all of them. That’s what’s missing today. So many of these children have no sense of community, no connection to the people who live near them. And that’s a shame.”

Smith excelled as a student and debater. He worked on a nearby farm helping his uncle farm to earn money. His life was happy, but he was always aware that he could be snatched up and harmed by a racist at any time for little or no provocation – just because of the color of his skin.

He was 12 years old in 1955 when he learned about the racist murder of Emmett Till, 14, in Money, Mississippi. He remembers seeing the now-famous cover of Jet magazine, featuring the photos of the beaten-to-disfigured face of Emmett. He also remembers the looks on the faces of the throngs of blacks who attended the slain teenager’s funeral to pay their respects and to protest the injustice that led to his murder.

Smith said he related to the martyred Chicago youth. “Growing up in Georgia at that time, for a black boy, was a frightening experience,” Smith said. “Learning how to act around white people was a survival skill.”

At 16, Smith entered Morehouse College in Atlanta. He quickly immersed himself in the freedom cause. He became president of the Atlanta Student Movement and helped establish SNCC.

Smith journeyed to Holly Springs, Mississippi, near Memphis, to register voters in 1962. He lived at Rust College and worked with its NAACP chapter. Friends said he charmed administrators with his gift of gab and commitment to the movement. He was allowed to work on the first floor of a girls’ dormitory at a time when other young men were forbidden to even enter, friends said.

Leslie Burl McLemore, 75, of Wall, Mississippi, a close friend of Smith’s from their Rust days, said he initially disliked Smith, who “came in and took over” as a student leader, eclipsing those who had been working before him. But soon he and other student leaders grew to respect Smith’s obligation to help people. “Sundays were our big days,” McLemore said. “We…traveled to churches to talk to people about registering to vote so they could be first-class citizens.”

Two years later, Smith, Bond, activists Fannie Lou Hamer, Lawrence Guyot, and others, formed the Mississippi Freedom Democratic Party. Their demand to be seated in place of Mississippi’s all-white delegation to the 1964 Democratic National Convention was denied. However, related negotiations with the White House hastened passage of the Voting Rights Act of 1965.

“White people didn’t stop lynching and beating people because they got religion. They did it because African-Americans with voting rights established that they could pick and choose who was in office and get elected themselves,” he said.

Smith then threw himself into helping black people, with their newly acquired rights, to become educated and employed. He helped launch a Head Start program in the delta, created jobs through a cleaning and sanitation-supplies service and erected a tent city for sharecroppers who were evicted from their homes on a plantation after a 1965 wage strike. Smith and his wife at the time lived among the workers for a year while he raised $40,000 for the workers to build homes and a community center. 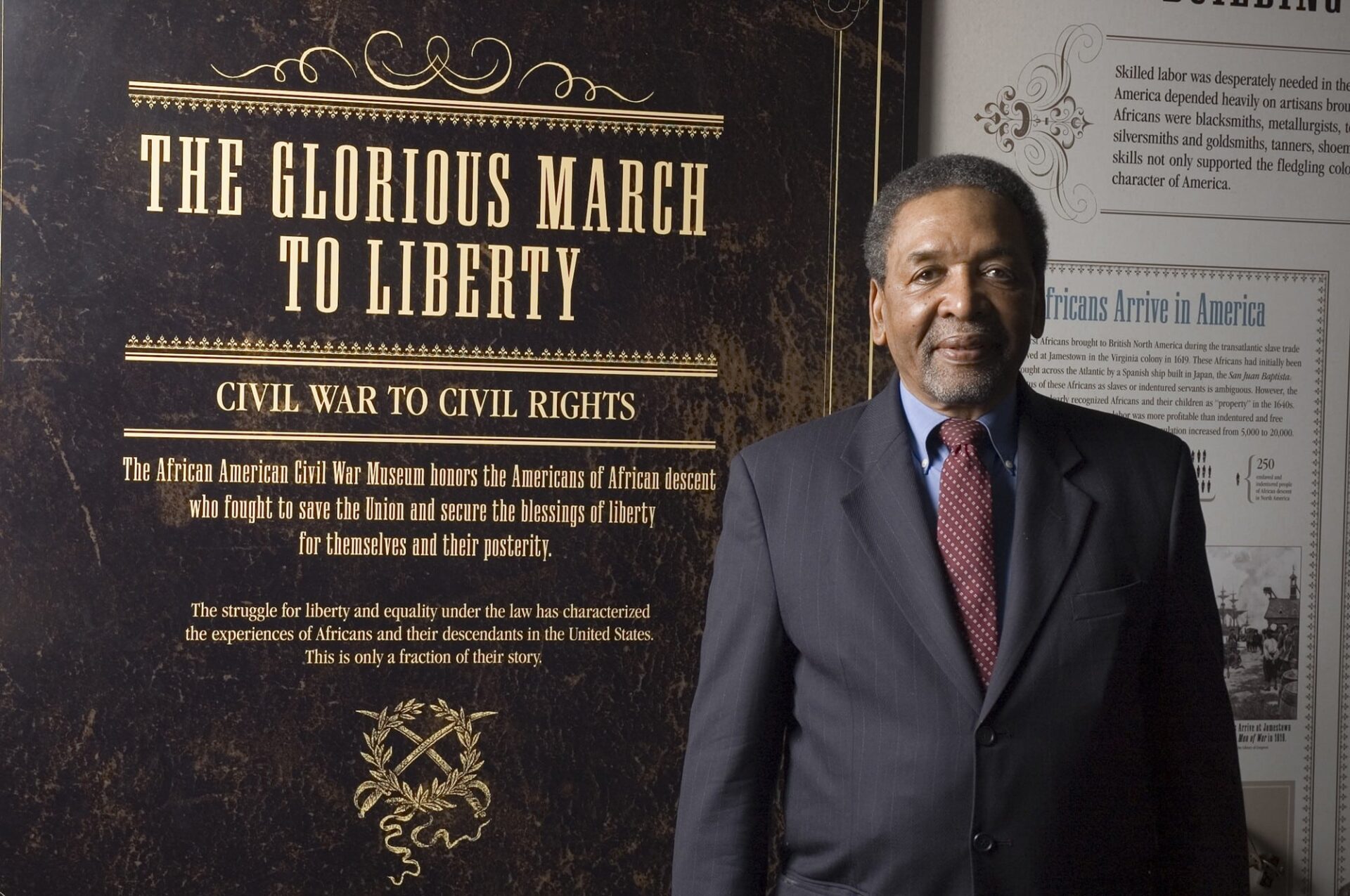 He mentored two African Americans who ran for public office as part of his commitment to forge change through the ballot box. One won and spent decades in office. The second was elected on his second try, Smith said.

Smith, in 1967, tutored children who integrated public schools near Greenwood, a place once feared by civil rights activists for the level of intimidation and violence they faced there. “I drove them to school in my Volkswagen bus,” Smith said. “They were singing freedom songs, then jumped out and ran into the school. I told my wife, ‘We can go now.’”

Smith headed to Washington, D.C. in 1968. His first activism came when he headed the residents’ association of the apartment building where he lived in Adams Morgan. When the building’s management refused to make much-needed repairs, Smith led a protest.

He completed his bachelor’s degree, which he had postponed when he left Morehouse for Mississippi.  While his wife attended medical school, he babysat his young children. He worked in public-policy research and served on the school board.

His council ward included the dilapidated U Street Corridor, a once-elegant neighborhood of homes and businesses. The area needed revitalization decades after it was ravaged in riots that erupted after the 1968 assassination of Dr. Martin Luther King, Jr.

City officials working on the revitalization project, including then-Councilmember Smith, thought building a museum there would attract tourists.

Smith had grown fascinated with black Civil War soldiers in Mississippi after working with a descendant of one during the movement. He lobbied for the black soldiers’ museum to pay homage to a group whose contributions in the War Between the States often went unheralded.

In 1999, he became the museum’s founding director and has been running the facility ever since.

Smith, who is married for the second time and has three children and nine grandchildren, still stays in touch with Mississippi. One of the students he drove to school in his Volkswagen van all those years ago recently retired from teaching. He attended her retirement celebration.

Another is a police lieutenant in Memphis. She recently brought a group of children to Washington, D.C. on a field trip. On the group’s itinerary was a visit to the African American Civil War Memorial and Museum.

The woman had no idea that Smith, the civil rights activist who had helped prepare her and other students to integrate public schools in the heart of the Mississippi Delta all those years ago, ran a museum in the nation’s capital that paid tribute to blacks who had fought in the Civil War.

They were chatting about Mississippi when Smith mentioned his experiences in the movement there. She mentioned her role in integrating the schools. They realized their connection.

She had found him following in his footsteps as a mentor to the children she brought to D.C.

There were hugs and tears and promises to stay in touch.

“You never know how you will impact the life of another,” Smith said, his voice softening. “She had been one of the children all those years ago. Here she was and she brought young people with her. It was a great moment.”