The Top #BlackGirlMagic Moments of 2016

Perhaps Jay-Z’s Grandma Hattie summarized the journey of Black women best with her now famous eight words: “I was served lemons but I made lemonade.” From what Malcolm X once described as “the most disrespected person in America” to now cultural icons, record-setting athletes and a slaying First Lady, Black women’s ability to soar despite the sourest of circumstances almost does seem like magic.

The thing is, there’s no wand waving here. Instead, it’s oodles of achievements, confidence and pain transformed into power, wrapped in sun-kissed skin and categorized under the now mainstream moniker #BlackGirlMagic.

More than a hashtag, these three words have become a reaffirming rallying cry and social round of applause to the fact that black women are indeed, have always been and will forever be the ish.

From the awesomely awkward Issa Rae to Queen Bey getting us all into formation, and a slew of fabulousness in between, Black women were undoubtedly the true MVPs of 2016.

From business to the Billboard charts, step into the ultimate flex zone as we celebrate the top #BlackGirlMagic moments of 2016.

It really doesn’t get much bigger, Blacker and better than watching a cornrowed clad Beyoncé parking lot pimping in a Camaro as she sings about hot sauce in her bag and Jackson 5 nostrils. As if it couldn’t get any better, she then took all of this Blackness to mainstream TV, memorizing audiences during her Super Bowl halftime performance, while giving a choreographed nod to the Black Panther Party. And just when we thought the BeyHive was about to bust, Yonce dropped the album of all albums on us and forced millions of fans to chose between rent money and tickets to see Lemonade come to life. The cherry on top, with nine Grammy nominations, Beyoncé is now the most nominated female artist in music history. Run the world…check. We don’t call her the Queen for nothing.

What does a doctor look like? ICYMI, they look like us. After physician Tamika Cross took to social media to share her story of being dismissed on a Delta flight when trying to assist a man in need, black doctors sounded off and the clapback was epic.

According to Cross, when a passenger became unresponsive and flight attendants called for medical help, her attempt to assist was blocked by a flight attendant who told her, “We are looking for actual physicians…” This proved to be the perfect spark for Black Twitter, as doctors across the country began posting their own receipts and faces, showing the world exactly #WhatADoctorLooksLike.

Clothing line, Wimbledon, Grand Slam, twerking with Beyoncé and giving women everywhere body goals, what didn’t Serena Williams do this year? From nabbing her seventh Wimbledon single title victory, to tying the Open Era record for Grand Slam titles, in the remixed words of Coming to America’s Mr. Clarence, the girl is good. 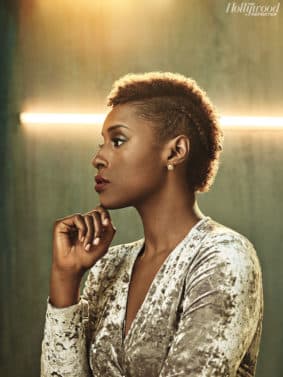 Whether you’re #TeamLawrence or #TeamIssa, there’s no denying Rae’s Insecure is TV gold. Based on her successful web series Awkward Black Girl, the show is written, directed and produced by the Stanford graduate, and offers a comedic yet honest portrayal of love, friendship, adulting and Blackness. Not to mention, Issa’s BFF Molly is what #SquadGoals are made of.

The woman has got her own money! No disrespect to Andrew Jackson, but it was time for a change in the form of a revamped $20 bill featuring activist, abolitionist and Civil War spy Harriet Tubman. While the release date of the new currency is uncertain due to the changing administration, with designs underway, here’s to hoping it won’t be long before we can all have a Harriet in our wallet. 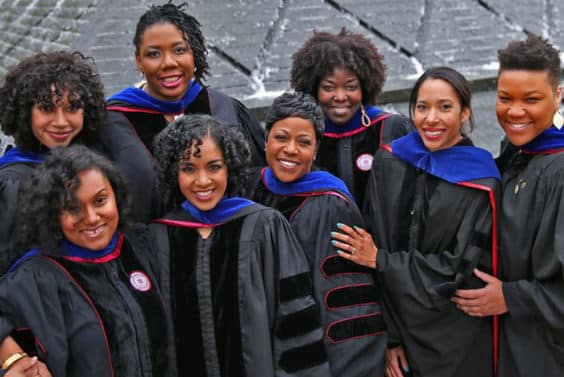 With a dope sister circle, all things are possible. Case in point, EBONY Power 100 honorees “The Great Eight,” a group of African-American women who earned their PhDs in Education from Indiana University, marking the first time the institution graduated eight black women at a time from a program. The women attributed much of their success to their close bond, proving to us all that while black women are mighty alone, they’re even stronger together. 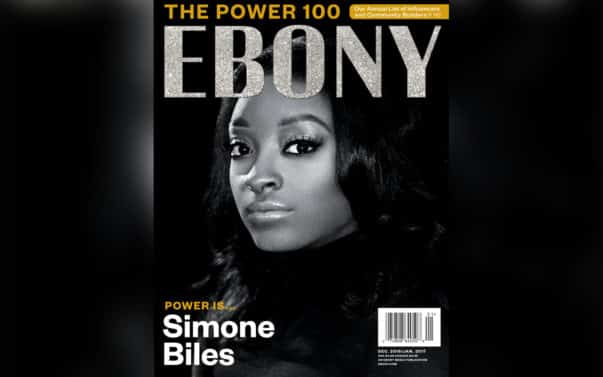 Simone Biles. Michelle Carter. Simone Manual. Venus and Serena Williams. Gabby Douglas. What do these women all have in common? Besides being the baddest of badasses, they represent the host of Black women who not only came to play, but came to win, at this year’s summer Olympic games. Competing fiercely and unapologetically, and looking fab while doing so, these women reminded us that hard work does pay off — in the form of gold.

#9 Solange Takes ‘A Seat at the Table’

Raw, real and right on time, A Seat at the Table offers a peek inside the mind of a Black woman who’s tossed out every last care she has to give. From self-love to selfishly claiming “this s**t as just for us,” and with perhaps the Blackest album cover of the year, Knowles’ first record in eight years proved to be worth the wait, the accolades and deserved of every bit of hype.

Life got a whole lot sweeter for pre-teen entrepreneur and EBONY Power 100 honoree Mikailia Ulmer this year when she scored an $11 million deal with grocery chain Whole Foods for her all-natural lemonade, Me and the Bees Lemonade. After securing $60,000 in venture capital on ABC’s Shark Tank, the mini-mogul expanded her business into an empire, with her product now available in 55 Whole Foods stores across the nation.

It doesn’t take much for First Lady Michelle Obama to dish #BlackGirlMagic, and when she does, the world takes notice. Whether she’s rocking couture gowns, advocating on behalf of children, military families and others, or simply boo’d up with her husband, who happens to run the country, our First Lady has continuously served us grace, poise, high fashion and so much more. Never one to set aside her Blackness for politics, she reminded the country of her own struggles and successes while also saying “hi” to her haters all in one sentence, “I wake up every morning in a house that was built by slaves, and I watch my daughters, two beautiful and intelligent Black young women, playing with their dogs on the White House lawn.” We’re going to miss you FLOTUS.

…and win big indeed. It’s no secret that historically award season has often excluded people of color, particularly black women. But with each passing year, television series and motion picture, the glass ceiling is slowly being chipped away. Case in point, Taraji P. Henson’s Best Actress Golden Globe win and Viola Davis’ history making win as the first Black woman to win an Emmy for a leading role in a dramatic series for her starring role in How to Get Away with Murder.

No shade to Apple’s streaming service but when Henson, Kerry Washington and Mary J. Blige teamed up for the Super Bowl commercial, directed by Ava DuVernay, all eyes went to the melanin. Black, beautiful and carefree, the super trio kiki’ing and dancing like there’s no tomorrow was the prefect ode to sisterhood and a step-by-step guide on how to get your entire life. 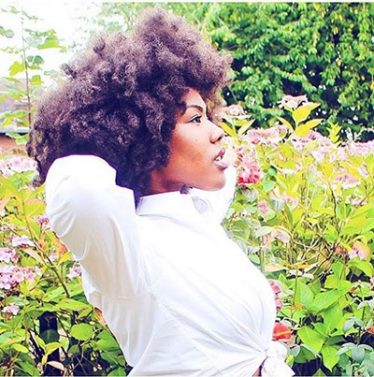 Don’t touch our hair but you can marvel at its majesty. Whether fro’d, braided, dyed or laid to the side — and everything in between, Black woman slayed virtually every style imaginable, and who would expect anything less. From Solange’s album cover giving us all beauty shop flashbacks, to stars like Gabrielle Union, Sanaa Lathan and Megan Goode rocking box braids and faux locs on the red carpet, the hair story of black women was on full display this year and we loved every follicle of it.

It wasn’t all Facebook rants once the election results were tallied. From the U.S. Senate to the state house, Black women were elected to all levels of government in impressive numbers this year. The 115th Congress got a little more melanin with a record-setting 20 Black women who joined the once Whitewashed boy’s club, while Lisa Rochester Blunt became Delaware’s first female and person of color elected to the U.S. House of Representatives. #Winning.

What was your favorite #BlackGirlMagic moment of 2016?