BOSCO is the physical embodiment of the great Chaka Khan song titled “I’m Every Woman.” She is an entertainer with killer dance moves, a songwriter with a variety of musical genres to offer, a graphic and visual artist and she recently branched out to launch her minority driven creative agency SLUG.

And she’s back at it again with her new video Castles which premiered yesterday on Vogue.com with a slew of covetable candy-colored fashion offerings and creatively stimulating visuals. We just can’t stop watching! There are visions of pink fur (by Blood & Honey), cool platform kicks and effortless summer styles that we imagine will be duplicated by her fashion-loving fans. 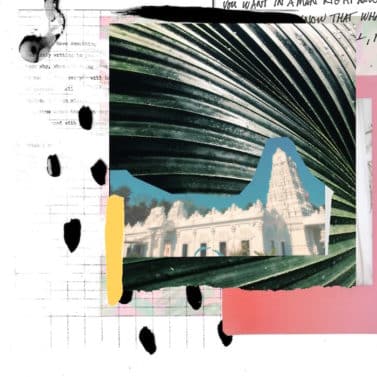 Fresh off her hit release and tour for Girls In The Yard Mixtape with Speakerfoxxx, Castles featuring St. Beauty (an Atlanta duo signed to Janelle Monáe’s label) delivers a vibey beat from Fool’s Gold label-mate Sammy Bananas narrating a journey through second (and third) chance relationships gone the way of sand castles in the tide. BOSCO along with director Lacey Duke created a lavish and sensual audio and visual palette set in Atlanta or as she lovingly refers to it as an ode to “indie Atlanta” as mentioned in Vogue.

Bosco tells EBONY “Castles is inspired by my love for DIY aesthetics, architecture, minimalism, and lo-fi visuals. I grew up watching a lot of 90s movies and music videos so I wanted to combine avant-garde elements to bring the concept together. The production has a cut-and-paste vibe to it so it was important for the visuals to represent the picturesque narrative”.

Stay tuned for a special performance from BOSCO on May 6th in Los Angeles at Pico Union opening for alt-pop singer Vox. Ticket info can be found at hellobos.co.

Expect her new EP slated to be out this summer.