Cicely Tyson looked dazzling as she graced the red carpet with a broad smile at the American Theatre Wing’s Gala, Monday night.

Flaunting her 91 years of life, Tyson, a legendary Tony Award-winning actress, was honored by the ATW during its annual gala at The Plaza Hotel.

“Cicely Tyson exemplifies what the American Theatre Wing is all about, from her career-defining performances, to her passionate commitment to arts education via her namesake performing and fine arts school,” Heather Hitchens, president and CEO of the Wing, told Playbill.

Over the years she has been a celebrated legend in the pages of EBONY and JET from her introduction to the field of entertainment on through the moment she’d been waiting for all of her life: starring in the revival of Horton Foote’s 1953 drama The Trip to Bountiful. 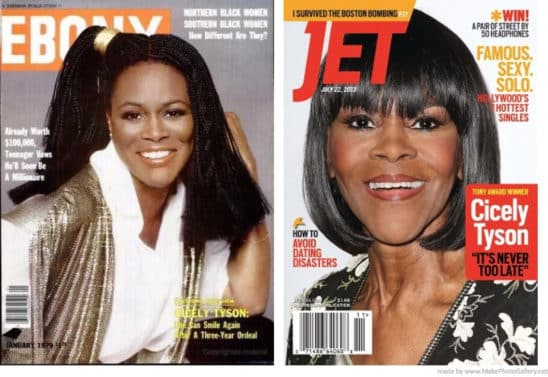 Tyson continues to deliver stellar performances that resonate with the Black and human experience and her legacy shines bright.

The funds raised at the Gala support The Wing’s programs which champion and celebrate American Theatre and ensure that the next generation is on the stage, behind the scenes, and in the audience.