The first season of Marvel’s Cloak & Dagger comes to an end Thursday and actor Aubrey Joseph, who plays one of the leads in the Freeform hit, spoke to EBONY about portraying a Black teen with superpowers on television and the impact he’s had on fans.

EBONY: What has this experience been like for you?

I am just so happy how everything is going and the fan reaction. I am starting to see more fans notice me out in public and it’s been a fun experience.

I’m just glad we have a show that really deals with real issues [that people] deal with rather than what we see in society with all these stereotypes… . [There are] a lot of topics that need to be talked about on TV.

What has the fan reaction to your character Tyrone Johnson?

The most [reactions] that I see [are] definitely on Instagram. In public, the most I saw was at Comic-Con. Everywhere we went people were so excited to see us. That was crazy for me because this is my first lead role.

The biggest thing for me is all the young Black people, who were like, “You have no idea how inspiring the character Tyrone is to me. To see someone who looks like me on TV every week is so inspiring. Thank you for doing something like this and still being yourself.”

It keeps me inspired too because we’re all still trying to find ourselves. Just seeing that my work really means something to people is humbling and a blessing. 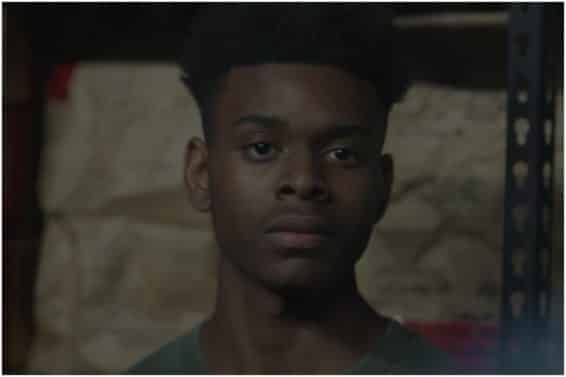 In a clip from the season finale, you confront a cop who accuses you of being a “cop killer,” and who refers to you as “boy.” Your character’s reaction to that was very powerful. Many Black men locked up rarely if ever get that chance, to speak to a police officer that way. What was it like delivering that scene? What did it mean to you?

[Delivering such a] powerful scene spoke to the growth of Tyrone this season. The talk that Ty has with his mom in the first episode is completely different in episode nine. I feel that Tyrone is finally starting to see that no matter what [he] does that there’ll be tension with the police, there’s still going to be this tension from everyone for me to be this perfect role [model.] No matter what he does, he can still get killed, still get in trouble and still get arrested.

It was a really impactful moment for me on set. It was one of the longest monologues that I’ve ever done on camera [and it was] a learning experience not just for Ty, but for me as well.

Cloak & Dagger was renewed for a second season. Is there anything in the comics that you would like to see in Season Two? What storylines are you hoping the show explores?

I am really confident in our writer’s room. I think we have one of the best writers room on TV. We said that Season Two will be mayhem… . I’ll leave that to everyone to piece together. I definitely think you’d see more action for Tandy and Tyrone, and a lot more of them working together to save the day. They’re realizing they have these powers for a reason. A lot of people [also] want them to be in a romantic relationship. We’ll see.

Has the show opened up more acting opportunities for you?

It’s slowly getting there. I think it’ll take a little bit of time, but it’s getting there. It’s a blessing for me as well to be approached with different roles rather than going through a whole entire audition process. [The show] has been such a huge boost for my career, and I’m honored to play a character such as Ty who has a wide emotional range.

[We] got to tell a story of what the mind of a young Black man is. Even though there’s a lot of anger in him because of what has happened in his past, there’s a lot of love and there’s a lot of intelligence in that young man. He’s so much more than what stereotypes have been put on us.

I’m glad that I have the chance to be a part of something as big as Marvel. I can’t wait to do more of Cloak & Dagger.