CNN's Prince Doc a Bust With Lack of New Information?

The Grammys are just days away and if you’re anything like the EBONY Fam, you’re anticipating the big Prince tribute.

To coincide with Sunday’s highly anticipated honor to the “Purple One”, CNN announced the release of a documentary, Prince: The End, to air on Friday. The documentary is said to offer an exclusive look into the life of the icon and dig deep to “expose the secret struggles the music genius faced,” according to a press release.

However, a recent review from The Current, contradicts that goal. After watching an advanced screening of Prince: The End, the writer concludes that the film offers more of the publicly known information and lacks in offering anything new.

“It seems that more questions are raised than answered over the course of the special’s 40 minutes,” the writer says. “Despite the salacious tone, dramatic background music, and leading questions, the documentary offers little in the way of new information regarding Prince’s passing.”

The writer also notes the film’s struggle with important and contextual details like his unconventional retweet of a fan’s “I am #transformed”, in response to watching a Prince concert and that singer Judith Hill was by his side on the plane when he went unconscious and had to make an emergency landing in Moline, Illinois. 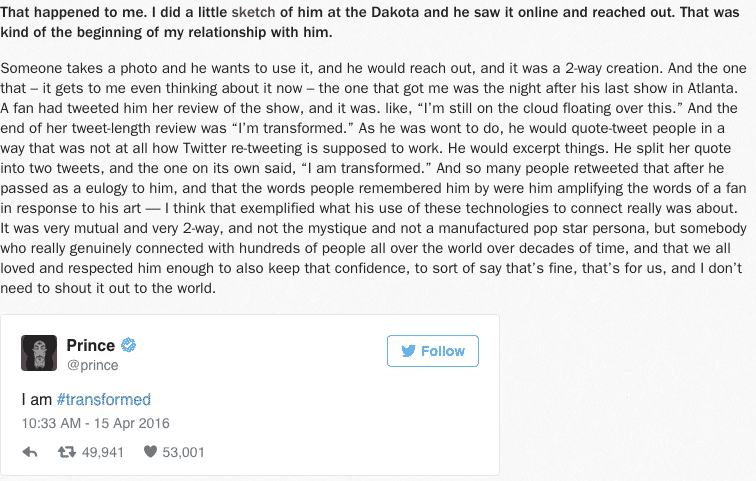 Adding insult to injury, it appears that interview subjects were also unaware that the documentary would focus solely on the artist’s death. Their participation was agreed upon with thoughts that the story being told was one that explored Prince’s musical origins.

CNN’s How it Really Happened: Prince: The End, is scheduled to air Friday, February 10 on HLN.