The Coolest Black Family in America No. 76: The Walkers

Pursuing his passion for community outreach, David A.Walker, Sr. of Harlem, New York took the street game of double dutch and turned it into an international sport. Passing away in 2008, his children Lauren Walker and David Walker, Jr. continue to enliven the spirit of their father’s work. Mrs. Judith Walker states, “I am so proud of my children and what they have achieved with these programs and making sure the the legacy of their father lives on.”

Meeting at a wedding where Judith caught the bouquet, the couple married in the 1960s. Mrs. Walker knew that she was marrying a man whose purpose included protecting and giving back to the people and the city that inspired his visions. “I was a teacher at the time and he was involved in activities at my school. I knew that community involvement was a part of his character.” 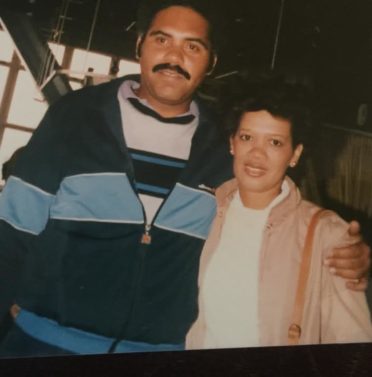 Born in 1971, Lauren was a little girl when her father and his partner Detective Ulysses Williams founded the league. “My father was a police officer who worked in the interest of the youth. Remember, there were no computers nor cell phones, so our activities were what we had. At that time, there were many programs developed such as karate or baseball—traditionally for boys. But he wanted to create something for girls.”

Seeing some girls jumping rope on the schoolyard one day, Mrs.Walker says, “He recalled a childhood memory of his sister jumping double dutch.” The visionary could foresee the idea of double dutch as a great sport for girls. From that point, he and his partner developed some rules and the idea accelerated. The first tournament was held on February 14, 1974 boasting hundreds of fifth through eighth grade participants. Annually in December, the league hosts the National Double Dutch League Holiday Classic in Harlem to a full house at the Apollo Theater including participants from Belgium, Sweden, and Japan.

The creative key to success in the Walker household—exposure. “That was part of the upbringing from my parents,” Mrs. Walker points out. “The community I lived in—Chicago Hyde Park in Illinois— had great programs for youngsters back then. It was natural for me to extend that to my children. In order to be a well-rounded person you have to be exposed to the arts, to sports, to travel and different cultures.” 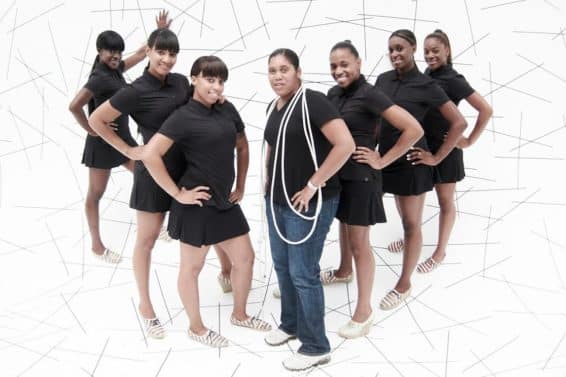 Lauren states further, “My mother and my father made sure my brother and I engaged in all sorts of things, not just traditionally urban sports. We went to the philharmonic, we went to plays. My brother”, who attended Alfred University on an art scholarship, “was always an artist, so we went to museums often when we were kids as well.”

The supportive daughter participated on double dutch teams in middle and high school. But her personal best is in the game of tennis. “My father was a tennis player. He would play at The Jungle Tennis in Harlem and at Stadium Tennis in the Bronx.” Proudly she notes, “I am a product of the Arthur Ashe Youth Tennis program. I was one of the first kids to be accepted. My father would take me to my lessons and have meetings with people about double dutch on the tennis court.”

Lauren went to St. Leo University in Florida on a tennis scholarship. “I majored in sports management because I was inspired by what my dad did developing special events. He wanted what he was doing to resonate in all communities. He was adamant.” Just like New York City, David, Sr. was an “innovator of new things”. “Before Double Dutch, he started a cycling program that spearheaded his community outreach. He brought the first cycling race to Harlem in 1973 called the Harlem Skyscraper Cycling Classic,” traditionally held on Father’s Day, which David Jr. now presides over. 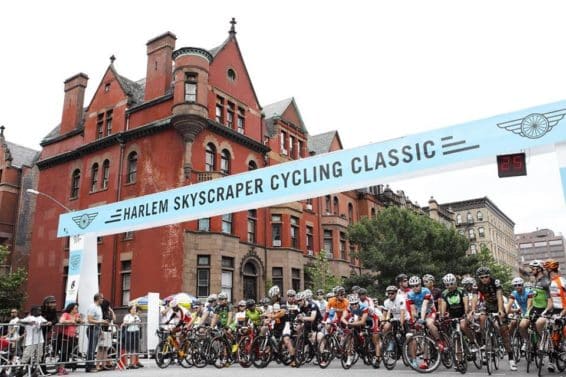 The evolution and popularity of double dutch from street game to international sport was no surprise to Mrs. Walker, a chaperone for the traveling teams. “Oh yes, I knew when my husband started getting letters from all over the world inviting the girls to events.” Whether performing or teaching, “they wanted to learn about it.”

When the community leader started the double dutch program, it was predominately African-American and female. Today, double dutch is no longer just a girl’s world; the boys have jumped on the bus. “That’s the thing, in Europe and in Asia, there are mostly male jumpers doing double dutch. However, to participate in the tournament, each team must have one female member.”

Lauren credits the Girl Scouts of America as the first nationally to support her father’s effort. “The organization believed in double dutch as a sport. Incorporating the League’s rules, they made double dutch a part of their program.” Then the teams garnered corporate attention starring in commercials for McDonald’s, Converse and Levi’s .

“I was 14 years old when my father took me on my first trip. We went to Sweden. The girls jumped at half time at a gymnastics competition.” Walking in as normal high school girls from Central Harlem jumping rope, “We left the building as celebrities! We had to be escorted out by security like a girl band. That’s when I realized the impact.” 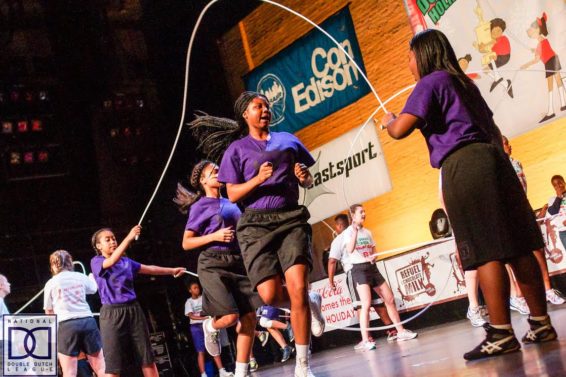 Mrs. Walker was very involved. Lauren recalls, “My mother was a well-respected educator.The teams started traveling so much, my mother travelled with my father as a tutor for the girls, keeping them up to date on their school work.”

“I remember one time in Germany they were asking for the girls autographs, it was overwhelming,” Mrs. Walker says. “Every where we went, no matter what country, we were treated like royalty. It was a joy and the girls really enjoyed it.” The retired teacher adds, “You know, they’re traveling from the inner city to a strange place with a different culture; it was educational. And they were showing off a sport from their community that had never been introduced to these countries before.” 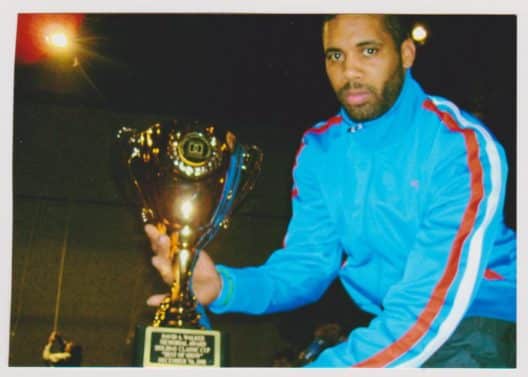 When the Walker couple travelled, Judith’s mother would travel to the Bronx from Chicago to take care of Lauren and David. “That was fun time! Grandma had no rules! My mother would buy all this healthy food for us. But grandma loved fried chicken and so did my brother and I. We ate fried chicken almost every day!”

As president of the league, Lauren’s goals are to produce, develop and promote the sport across the country. “I just came back from Trinidad, Hong Kong and France with teams. I want to get double dutch back into the community domestically.” Like any other sport, there are rules, coaches—it must be taught and practiced to achieve the skill . Lauren analogizes, “Like basketball, you have to learn to dribble, to pass, to shoot before you can play.” You have to remember, we’re coming from the urban sports background—jump speed, jump fast. In Asia or Europe, they’re coming from a hip hop dance and choreography background. That’s what they study.”

When Lauren thinks about her father, she is moved by his fervor and his focus. “I think, wow, my dad was not only doing great things for his family, but for people at-large. Even though my dad was the kind of guy to give to everybody, he always made sure my mother, my brother and I were always number one on his list.”

For more information on The National Double Dutch League and their tournaments go to www.nationaldoubledutchleague.com.

Joicelyn Dingle travels to find the Coolest Black Family in America exclusively for EBONY.com. She splits her time between Savannah and Brooklyn. She is currently completing a documentary on the making of Honey magazine and the 1990s urban publishing era. Friend her on Facebook. Follow her on Twitter @editorialgenius.