Don Cheadle is an expert storyteller who can adeptly transform into a host of characters. He’s played War Machine in Marvel’s mega-popular superhero flicks The Avengers and Iron Man, he’s been a British munitions expert in Oceans Eleven, and he brought Miles Davis’ complicated life to the screen in Miles Ahead. While Cheadle remains one of the preeminent actors of our time, he’s also dedicated to telling our stories and his next project does just that.

According to The Hollywood Reporter, Cheadle will adapt Shane White’s award-winning book, Prince of Darkness: The Untold Story of Jeremiah G. Hamilton, Wall Street’s First Black Millionaire, for the screen. The actor will not only star in the forthcoming project, he will also write the script with his Miles Ahead co-writer Steven Baigelman.

While many people have heard of Black Wall Street or Madam CJ Walker, the nation’s first self-made female millionaire, Prince of Darkness details the lesser-known story of Jeremiah G. Hamilton, who made his fortune in the stock market and was a well-known rival of some of America’s wealthiest men. 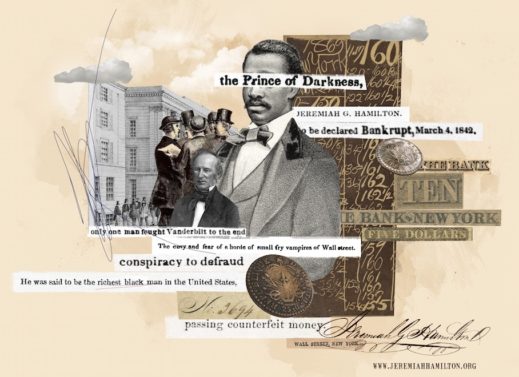 Check out the book’s synopsis:

In Prince of Darkness, a groundbreaking and vivid account, eminent historian Shane White reveals the larger than life story of a man who defied every convention of his time. He wheeled and dealed in the lily White business world, he married a White woman, he bought a mansion in rural New Jersey, he owned railroad stock on trains he was not legally allowed to ride, and generally set his White contemporaries teeth on edge when he wasn’t just plain outsmarting them. An important contribution to American history, Hamilton’s life offers a way into considering, from the unusual perspective of a Black man, subjects that are usually seen as being quintessentially white, totally segregated from the African American past.

Released in 2015, Prince of Darkness won the Society of Historians of the Early American Republic’s best book prize and the 2016 New York City Book Award.

If Cheadle’s past work of any indication of how this film will play out, we already know it’s going to be good.