Don't Be Devastated: We Found a Photo of Sir and Rumi Carter

The world was abuzz when pictures of who we thought were Beyoncé and JAY-Z’s twins, Sir and Rumi Carter, hit the internet on Thursday at the opening show of their On the Run II Tour in Cardiff, U.K.

But alas, we were deceived … or jumped to conclusions too quickly, because Beyoncé’s representative confirmed with BuzzFeed that the babies she was holding were not her kids.

The world has been waiting almost a year to see a picture of the royal babies—sorry Prince George, Princess Charlotte and Prince Louis—and we felt hoodwinked.

We were about to launch an investigation as to where Sir and Rumi were and who were the babies Beyoncé and JAY-Z were holding.

But fret not, Queen Bey did not disappoint and we ACTUALLY got a glimpse of the twins during a video package from the show, which seems to show the couple renewing their wedding vows. 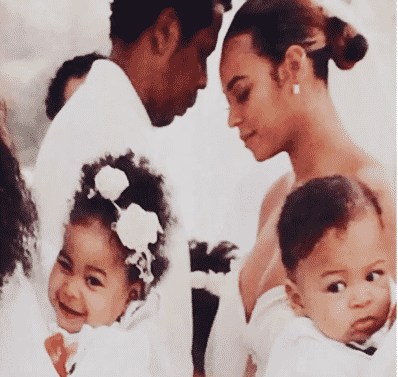 We’re not saying we’re excited to get a look at these beautiful babies, but this is us right now.