Civil Rights activist and educator Dorothy Cotton has passed away at 88 years old.

Cotton died at her home at Kendal at Ithaca, a retirement facility in Central New York.

“Ms. Cotton died peacefully at her residence, Kendal at Ithaca, with loved ones at her bedside,” read a statement on the Dorothy Cotton Institute website. “She was a remarkably courageous leader, an inspiring educator, a great spirit, and our dear friend.”

The fearless freedom fighter is best known for her work with the Southern Christian Leadership Conference (SCLC), serving as one of Dr. Martin Luther King’s top aides, according to MyAJC. 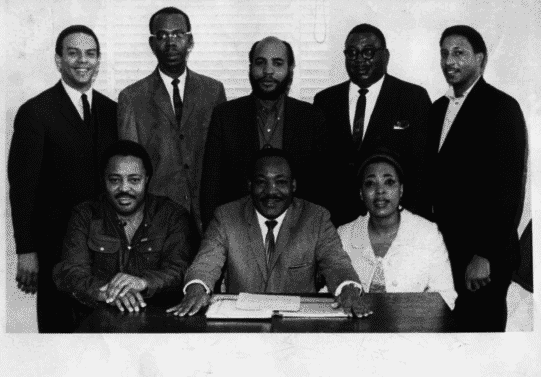 Fellow SCLC organizer Andy Young spoke of Cotton’s tenacity, saying she refused to play second fiddle to any of her male peers, including Dr. King.

“I remember one meeting, Martin said ‘Dorothy, get me a cup of coffee.’ She said ‘No, I won’t get you a cup of coffee,’” Young recalled. “She was constantly rebelling against the role of being made a second class citizen. She would tell Dr. King no all the time. So, I got the coffee…she was a feminist before feminism was cool.”

After Dr. King’s passing, Cotton made it her duty to educate, being named director of student activities at Cornell University in 1982.

“After his death, I worked with Mrs. King to start the King Center,” Cotton said in 2012. “Now I spend a lot of my time speaking and teaching about Dr. King and the civil rights movement. I do a lot of work looking at the lessons we learned and helping people organize. People are doing a lot of creative things, building off the civil rights struggle. And I am always answering the question of Dr. King’s last book, ‘Where Do We Go from Here?’ ”

Funeral information has not yet been released.