Happy Mother’s Day! 24 Celebs & the Moms Who Made Them Who They Are

There’s nothing like a mother’s love, and these stars will be the first to tell you that the love, support and dedication they’ve received from mommy dearest got them through their toughest times, and ultimately, made them who they are.

Celebrate Mother’s Day by checking out stars such as Beyoncé, Rihanna, Michael B. Jordan and more with their number No. 1 fans below. 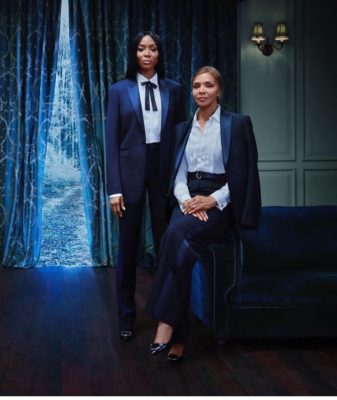 The British supermodel was raised by mum, Valarie Morris-Campbell, alone in South London after her father abandoned Valarie while four months pregnant with the future fashion icon. Naomi not only credits her mother for her impeccable genes and tenacity, but also claims the Jamaican-born former dancer taught her the million-dollar runway walk that made her a household name. 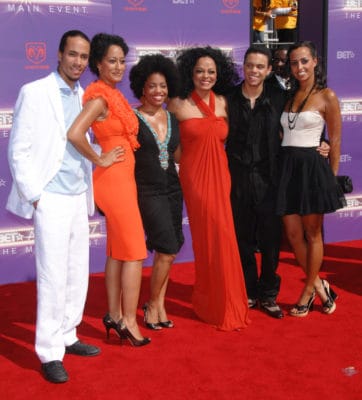 Black-ish actress Tracee Ellis Ross once said of her mother, Diana Ross, in V Magazine, “I was raised by a woman who lived out her dreams. So she’s not living them out through me, or her children. She really gave us space and the courage to live the lives that we want to be living, and to have time to dream and conjure up the life that I wanted to be living.” 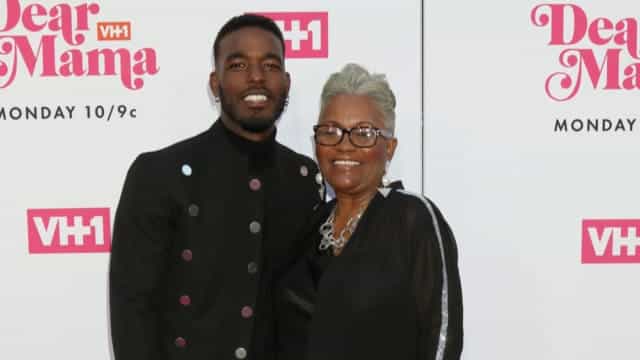 The actor and R&B crooner recently paid tribute to his mother during VH1’s 2019 Dear Mama celebration, singing both “Shining Star” and “Reasons”  by one of her favorite groups, Earth, Wind & Fire. 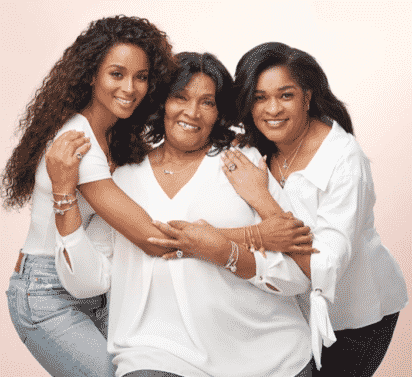 Ciara shared this sweet photo with her mother and grandmother to celebrate her Mother’s Day jewelry collection with Pandora last year. Cici is incredibly close to her mother, naming her sixth album Jackie, after the woman who raised her. 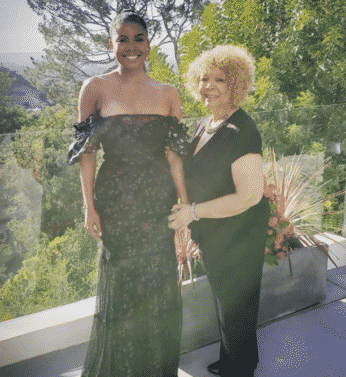 Gabrielle & Teresa Union have a very loving and playful relationship, with the proud mom telling The Grio exactly why she’s so happy for her baby girl.

“I am proud of her because she took a difficult profession to go into and she has made it her own but she has diversified and she pays attention to the detail and she keeps on climbing higher. She’s moving really well and she does a good job.” 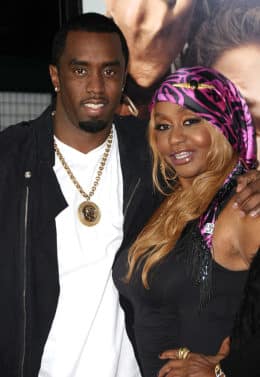 Diddy has proudly escorted his mother, Janice Combs, down several red carpets, even managing to have the legendary Patti Labelle serenade the proud mom and grandma during VH1’s Dear Mama. 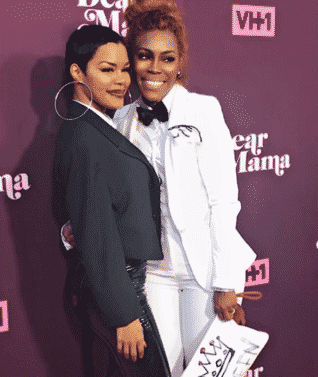 Teyana & Nikki Taylor have been thick as thieves since day one, with the mother-daughter duo rocking several red carpets together. Nikki’s support of her only child is admirable, to say the least, and the G.O.O.D. Music artist dedicated a performance with Bobby Brown to her No. 1 fan. 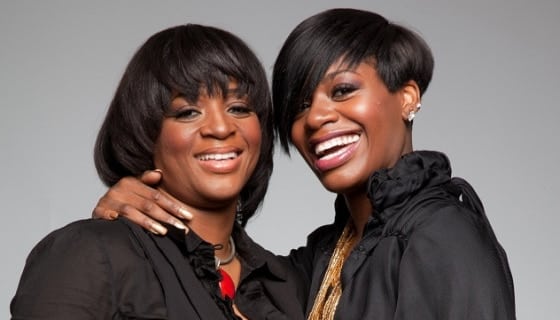 Anyone looking to know where American Idol winner Fantasia got that powerhouse voice, look no further than mother, Diane Barrino, whom Fantasia credits for her booming vocals and unwavering faith in the Lord. Need proof? Check out the Barrinos version of gospel classic “He’s Done Enough” here. 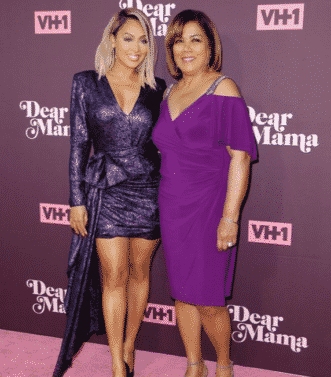 For the third year in a row, Lala escorted her mother down the Dear Mama red carpet. In 2017, she had this to say about her mom:

“I definitely want to take a minute to acknowledge my mother Carmen Surillo who has been there for me through the best times, the toughest times, everything. Thank you so much mom for being my rock. You are definitely the real MVP.” 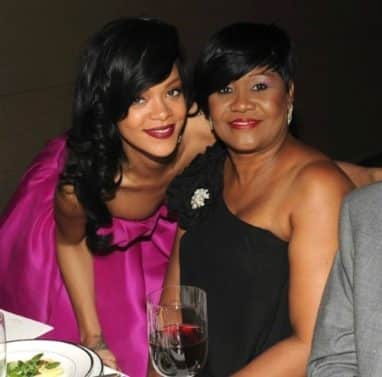 Rihanna took time on her 30th birthday to dedicate the day to her mother, Monica Fenty, sharing this heartfelt message on Instagram:

“10958 days ago @monica_fenty became a mother for the first time to her only daughter! Today is just as much your birthday as it is mine! I love you mom! Thank you for carrying me, birthing me, raising me, supporting me, teaching me, and loving me unconditionally! The woman I am today is because of everything that you are!  I thank God for perfectly hand picking you to be my mother when He sent my spirit to you! You are the greatest! Thank you! #💕” 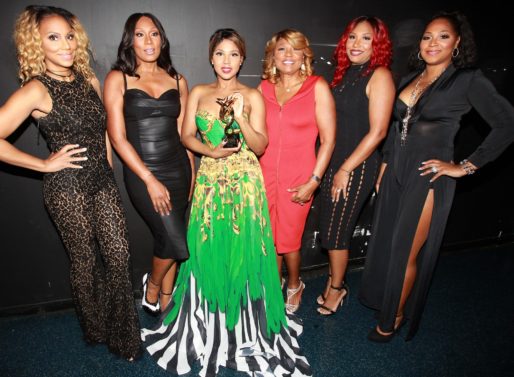 Toni, Tamar, Towanda, Traci & Trina Braxton have all butt-heads with their strong-willed mother, Evelyn, but they also praise her as being their No. 1 support system, and will quickly check anyone who dares show disrespect. 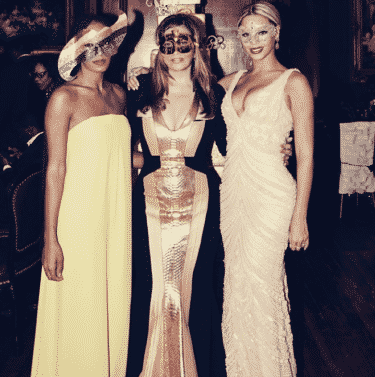 Miss Tina and her superstar daughters have long supported and praised each other. From Tina taking that “Ring Off,” and marrying the love of her life, to Solange’s iconic wedding, to the ups and downs of being “Queen Bey,” the trio are the epitome of being there through the good and the bad. 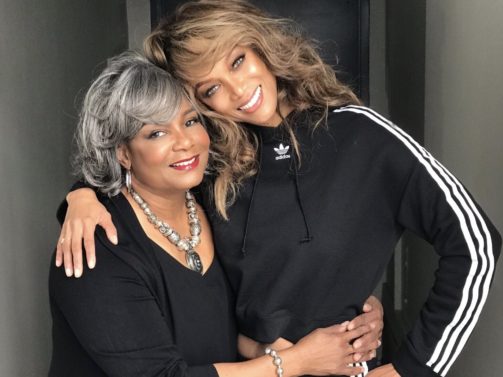 Tyra and her mom, Carolyn London, have an unshakable bond, penning a book together titled, Perfect is Boring: 10 Things My Crazy, Fierce Mama Taught Me About Beauty, Booty, and Being a Boss 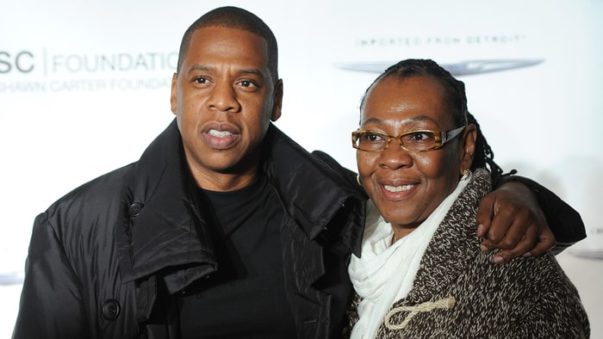 JAY-Z was always close to his single-parent mother, Gloria Carter, but was moved to tears when she finally shared with him that she found love. 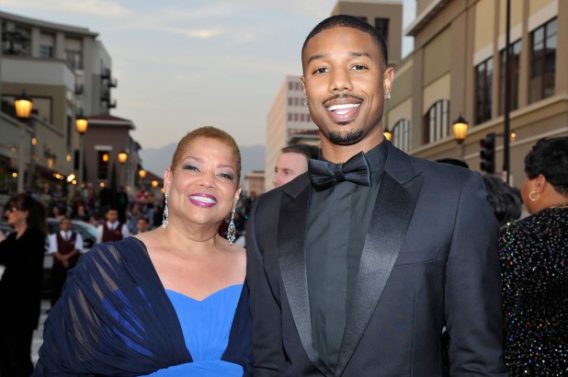 The Black Panther star is determined to look after his parents the same way they did for him, moving mother, Donna, and father, Micheal Sr., into his lavish home. 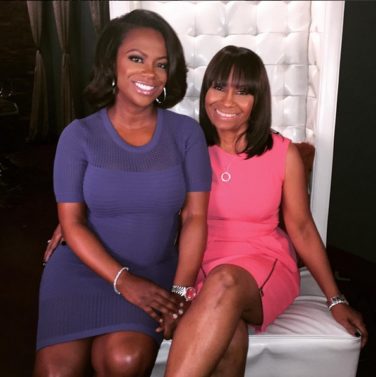 Kandi and Mama Joyce both have strong personalities, which means they won’t always see eye-to-eye. Still, the mother-daughter duo are fierce defenders of one another and jointly run a successful soul food restaurant, Old Lady Gang, in Atlanta. 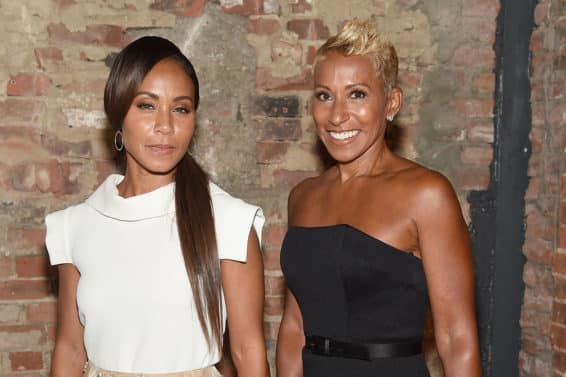 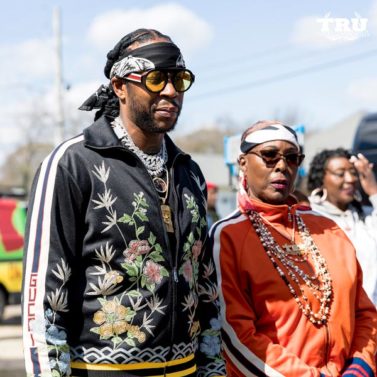 2 Chainz knows he made his mama “Proud,” as his video for the hit single featured the woman who raised him dressed like her superstar son. 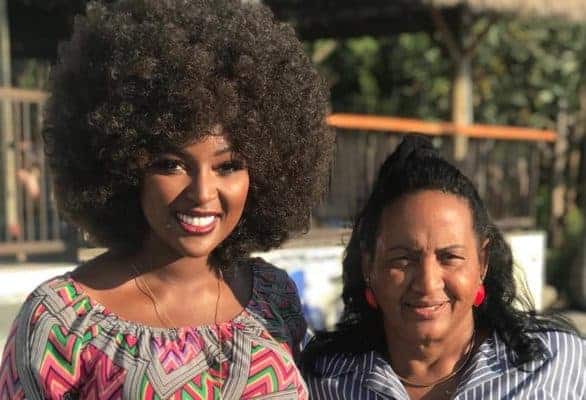 The singer and reality star opened up about her struggles accepting her Afro-Latina heritage as a child on VH1’s Love & Hip Hop: Miami, saying her mother always encouraged her to embrace being a strong, Black woman, regardless of the ignorance she faced from others. 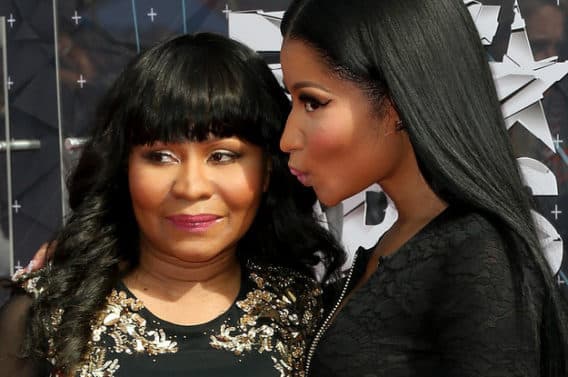 Minaj is the spitting image of her beautiful mother, dedicating this note to “her best friend,” via Instagram back in 2015:

“When I was little I couldn’t believe God gave me a mother & a best friend all in one person. One little tiny person 5 feet with huge boobs. I just wanna make my mother happy. Happy Mother’s Day Mommy. Love u. Thank u. For everything you did. Everything you said. The times I can’t hear or see you but I know you’re watching. The times u told me not to give up. Hope I make u proud mama. Love you forever. – Onika.” 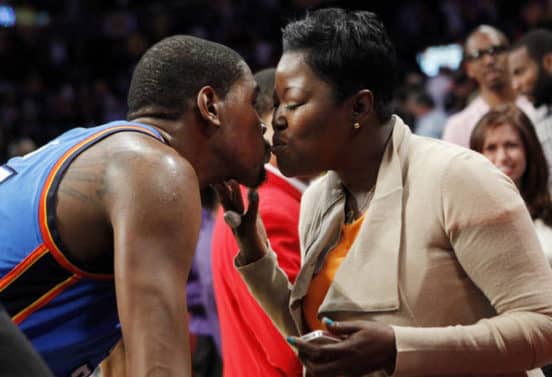 The NBA baller infamously showed love to his mother, Wanda, during his 2014 MVP speech.

“You made us believe. You kept us off the street. Put clothes on our backs, food on the table. When you didn’t eat, you made sure we ate. You went to sleep hungry. You sacrificed for us … You the real MVP.” 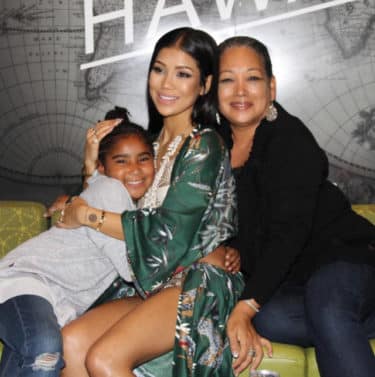 The “Never Call Me” songstress is a proud mom herself who credits her mother, Christina Yamamoto, with instilling confidence in her children and grandchildren. The LA native also dedicated a beautiful poem to her mother during this year’s VH1 Dear Mama ceremony. 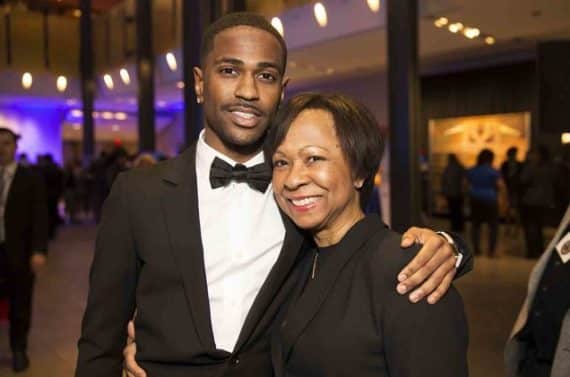 Detroit MC Big Sean dedicated standout track, “Inspire Me” from his fourth studio album, I Decided to his mother, Myra Anderson. The heartfelt song included lyrics such as, “To take care of ya, mama you the one, you the one/ You the moon, you the stars, you the sun/ I’m so happy I’m your son/ I’m so happy I’m your son/ You love me since day one/ Since before day one/ So before the day’s done/ I gotta, gotta let you know…” 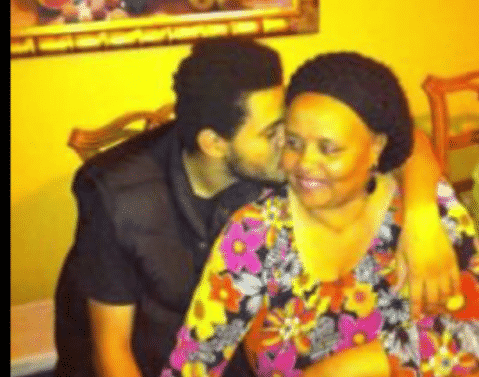 Shortly after his parents immigrated from Ethiopia to Canada in the late 1980s, The Weeknd’s father abandoned the family, leaving him to be raised by his mother and grandmother. The “Starboy” singer has spoken of his mother, Samra Tesfaye, highly on several occasions, thanking her for working several jobs while attending night school to provide him with the best life possible.