Will Smith makes his pitch as a fast talking, high rolling, charming con man in his comeback caper film, Focus. So far critics have been pretty kind to the R-rated romp, which follows the former Fresh Prince’s biggest bomb of his career (the 2013 sci-fi debacle, After Earth). But Focus is also getting notice for Smith’s noteworthy costar, the effortlessly easy on the eyes Margot Robbie.

Surprisingly, this is Smith’s first true onscreen romance with a white woman (no, the 2008 superhero comedy Hancock doesn’t really count). And through the years, there’ve been some groundbreaking interracial hook-ups in the cinema world. EBONY presents a definitive countdown of the 10 most intriguing interracial films. Word to Wesley Snipes.

From there, A Bronx Tale never attempts to preach any easy answers on race relations. In the late ’60s, Calogero’s Bronx ’hood is experiencing full on integration, sparking tension and violence between Whites and Blacks, as mutually smitten Calogero and Jane struggle to go forward in their complex reality.

As romantic comedies go, Something New plays by the rules. Except for the fact that the couple involved on screen is Black (Sanaa Lathan) and White (Simon Baker). Beyond that, the plot is pretty much standard stuff: successful, career-obsessed and still single woman (Lathan’s Kenya McQueen) is looking for some much needed romance.

But when she agrees to go out on a blind date, she’s shocked to discover that her would-be beau is on the very light (light!) side. Cue interracial hijinks. Kenya’s friends and family disapprove of their budding relationship. And Brian’s own reluctance to discuss issues of race sabotages things. But don’t worry: there’s a happy ending, folks.

The punch line to this smart, scathing, laugh-inducing send-up of collegiate life, set in the predominately White college Winchester University, could have been handled as a cheap stunt. Instead, the satiric Dear White People, which puts the spotlight on Black students handling the pressures and politics of being the minority on an Ivy League campus, sticks the landing.

Biracial, militant radical film student Samantha White (Tessa Thompson) hosts a controversial radio show called Dear White People where she routinely calls out the racist practices of her school and its White student body. Yet the “blackety Black and I’m Black y’all” hellraiser is secretly dating her White teaching assistant. Sam struggles with her own self-identity. Does her relationship mean she’s a sell-out for dating a member of the same tribe she often times protests? Life ain’t easy.

This indie film turns the interracial relationship angle on its proverbial head. The Cheryl Dunye-directed Watermelon Woman follows African-American lesbian Cheryl, who works at a video store as she attempts to make a movie about a Black actress from the ’30s known for playing stereotypical “mammy” roles. The bold filmmaker (played by Dunye) picks one particular actress cheaply credited as “The Watermelon Woman” as the subject of her documentary. When Diana, a White lesbian, comes into the store, sparks fly.

The unlikely pair (Cheryl admits that Diana is not her usual type) link up as things get quite serious. From there, The Watermelon Woman thankfully treats the sidebar relationship like any other racially fueled hookup. Cheryl is rebuked by her best friend Tamara, charging that her friend wants to be White and that Diana merely has a fetish for Black women. Fun times.

As out-of-the-box movies go, Neo Ned is quite out there. Ned Nelson (Jeremy Renner) is a hate-spewing skinhead being held in a mental facility. He meets fellow asylum resident Rachael (yep, that’s D-Wade’s better half, Gabrielle Union) who believes she’s the reincarnation of Adolph Hitler. The member of the Aryan Brotherhood is confused by all this, of course. Not only does he find the German-speaking Rachael intriguing, he is attracted to the stunning looker.

The couple share some pretty heartbreaking, dark secrets (haunting foster care experiences, an imprisoned father, sexual abuse…) and try to make it together on the outside, but quickly find out that their pasts may be too much to get around. As doomed loved stories go, Neo Ned goes pretty hard in the proverbial paint.

For a 1950s film, Island in the Sun travels in some pretty provocative territory. It wasn’t until 1967 that the Supreme Court made interracial marriage completely legal in the United States. But back in ’57, a Black and White relationship could have severe legal implications, and in some cases death. (Emmett Till was savagely murdered just two years prior for allegedly whistling at a White woman.) Which brings us back to Island in the Sun, a work that tackles interracial romances from various angles.

There’s David Boyeur (Harry Belafonte), an outspoken Black union leader who angers the political powers in the fictional Caribbean island of Santa Marta. Boyeur peaks the interests of Mavis Norman, who happens to be White. Meanwhile, Margot Seaton (Dorothy Dandridge), who works as a Black clerk, catches the eye of a White governor’s aide. Given the era, you can pretty much guess that things do not end well.

Halle Berry’s Oscar-winning vehicle is also one of the most controversial films of the aughties. Leticia Musgrove (Berry) is wrecked with grief over the death sentence of her convicted murderer, husband Lawrence (Sean “Puff Daddy” Combs) and the unthinkable, accidental death of her obese son. The pain that engulfs Leticia is unfathomable.

She later meets Hank Grotowski (Billy Bob Thornton), a corrections officer who’s coincidentally connected to the execution of Lawrence. The pair finds emotional and physical comfort in each other’s arms, culminating in one the rawest, graphic sex scenes in cinematic history. The term “make me feel good” takes on an entirely different tone.

The Pelican Brief glaringly stands out amongst our list for one dubious reason. The two main characters in this crime thriller, Darby Shaw (Julia Roberts) and Gray Grantham (Denzel Washington), never even get to second base. It’s a curious fact considering that the attractive pair—who team up to uncover a string of murders, including the assassination of two Supreme Court judges—seem all but headed for a serious hook-up.

But alas, The Pelican Brief, which became a major box office hit, was criticized by observers who called out the film’s tepid avoidance of the sexual elephant in the room. It was later reported that Washington requested his love scene with Roberts be edited out of the film, under the notion that an interracial throwdown would alienate his Black female fans.

Arguably the most celebrated interracial relationship-centered classic of all time, Guess Who’s Coming to Dinner was at times unfairly criticized for presenting a dream scenario that made it all too easy for moviegoers to accept Black and White love on the screen. After all, who wouldn’t want their daughter to get hitched to Sidney Poitier’s John Wayde Prentice Jr., an affluent, handsome, confident, damn near flawless medical doctor?

However, by making Prentice such an impeccable, can’t-do-any-wrong dream of a character, the pushback in response to his impending union with Joanna Drayton (Katherine Houghton) makes Guess Who’s Coming to Dinner even more believable. The tandem’s mothers are supportive of the couple’s walk down the aisle, while their fathers offer a more sobering view of the mammoth resistance and struggle they will most certainly face as a married couple.

Spike Lee’s incendiary, dramatic dissection of interracial relationships is at times hilarious, cringe-worthy, hopeful and brutally honest. Flipper Purify (Wesley Snipes) is a career-minded, ambitious Black architect who is also a happily married man. Early on, he is not too hot at the idea that his job hires beautiful Italian-American temp Angie Tucci (played by Annabella Sciorra). But soon the two grow closer, going head-first into a torrid love affair. Not only does Flipper cheat on his devoted wife, Angie steps out on a very jealous boyfriend.

Everything pretty much blows up after Angie tells her girlfriends she’s seeing a Black guy. The couple ignites nasty looks by the African-American staff at a restaurant and gets dissed by Flipper’s disapproving parents during a planned introduction at dinner. Soon Angie’s livid father physically beats her for dating an African-American man. For Lee (surprise), there is no happy ending. Prejudice from both ends suffocates the pair as their torrid love affair suffers a tragic fate, Gator dance and all.

In this article:sidney poitier, Wesley snipes, Will Smith 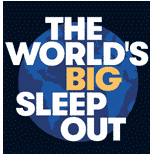 ‘Gemini Man’ Trailer: Will Smith Battles His Younger Self