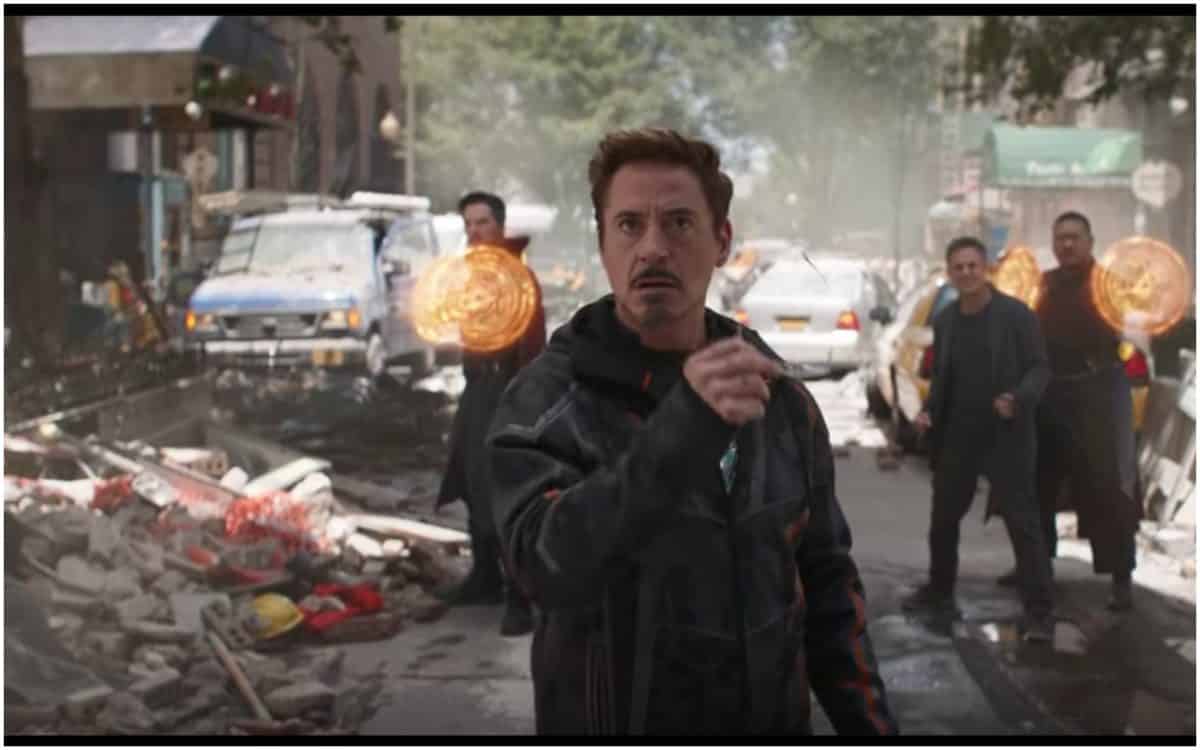 Not to be a whiner, but Avengers: Infinity War is a lot to unpack in 160 minutes. I mean seriously, it has taken roughly a decade to actually tell this story. Starting with Iron Man in 2008, the Marvel cinematic universe (MCU) has been carefully building up its pantheon of superheroes and villains to tell a story of this scale and magnitude where the outcomes affect everything—and I mean everything within their cinematic cosmic sphere. But here we are, 18 movies later and scores of characters at play just to tell this fantastically morbid yet satisfying cosmic opus.

After years of teasers in MCU films and a brief encounter in Guardians of the Galaxy: Volume 1, we finally get to the nitty-gritty and mix and mingle with purple-skinned bad boy Thanos. Picking up after events in Thor: Ragnarok, Thanos (Josh Brolin) continues his quest to find the six infinity stones—cosmic gems that have the power to bend the universe to the will of whoever possesses them. Thanos has one singular goal in mind: He means to create balance throughout the universe by eliminating half of all life throughout the cosmos. Determined to fulfill his destiny, he dispatches his minions, the Black Order, to retrieve a few of the missing stones currently on Earth while he searches for the others in space. The Black Order wastes no time finding the stones and it is up to the Earth’s mightiest heroes, including Iron Man (Robert Downey Jr.); the Hulk (Mark Ruffalo); Dr. Strange (Benedict Cumberbatch); Scarlet Witch (Elizabeth Olsen); Vision (Paul Bettany); Steve Rogers (Chris Evans); Black Widow (Scarlett Johannson); the Falcon (Anthony Mackie) and Spider-Man (Tom Holland) to name a few, to stop them.

From this point, the story splinters into a series of unexpected hero mashups spanning across the planet and deep space to safeguard the stones and develop a plan to stop the oncoming threat. This expansion of the film’s scope is what makes Infinity War so epic and deliciously fulfilling. Each character has a role to play and, unlike previous films where the character of the hero is explored, Infinity War flips the script and densely focuses solely on what is at stake. The result is a roller-coaster of a story with momentous peaks and emotional lows that don’t let go until the very end.

This is no small feat, to say the least; it’s a juggling act of astronomical proportion. Brothers and co-directors Joe and Anthony Russo along with their writing partners, Christopher Markus and Stephen McFeely, have worked together on previous MCU films including Captain America: Civil War that, like Infinity War, weave several plots into one emotionally charged, action-packed story. The nuts and bolts of their continued collaborations rely on humor to overshadow the action and dark nature of their stories, which is just as much canon for MCU movies at this point as the characters the stories are based on. Regardless of where the story goes, they stay true to the character’s wit, angst, flaws and traits we’ve seen and grown to expect from their solo film projects. Whether its Star-Lord’s (Chris Pratt) man-child demeanor, Thor’s deadpan one-liners or Rocket’s (Bradley Cooper) crass Napoleonic antics, the essence of the characters is integrated brilliantly and adds another satisfying layer to Infinity War.

While this movie is technically about the Avengers, it is really all about Thanos, so you just have to buckle down and roll with it. A majority of the film focuses on defining who he is, his motivations and the connection to his estranged daughter, Gamora (Zoe Saldana). His story is bigger because it has to be—he is the villain, after all, and like Avengers: Age of Ultron it takes quite a bit of setup to explain exactly who Thanos is and why he is obsessed with killing half the universe. Most of this is told through flashbacks and some dialog with Gamora and his other daughter Nebula (Karen Gillan). But regardless of his sinister nature, it is pretty clear the Russo brothers wanted to provide some context and deeper motivation to Thanos and his quest for ultimate power. At times it seems as if they attempted to humanize him, which leads the film into bouts of melodramatic mush, but it is essential to move the story along and creates the swells needed for the many crescendos of action and conflict throughout. In the end, you are left pondering Thanos’ actions in the most provocative way, which unfortunately will not be answered until the next installment of the series in 2019. 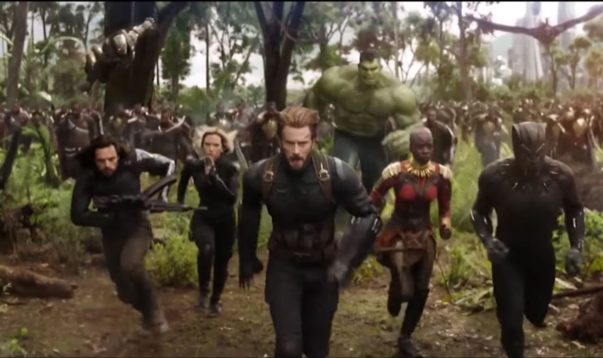 Avengers: Infinity War is a crowning achievement for the Russo brothers and the MCU. It’s a big, bold, daring epic that revels in its dark, gruesome outcome. By the end, this mission to stop Thanos leaves you shocked, and a bit traumatized—a wow factor of a different kind. And like other multipart films, such as The Lord of the Rings: The Two Towers, or Harry Potter’s Deathly Hallows: Part 1, tragedy creates a hollow and unsatisfied hunger for answers and hope in times of ultimate despair. So sit back and enjoy the first half of this two-part thrill ride, because in that, Avengers: Infinity War does not disappoint. —Edward Adams

Adams is a member of the African American Film Critics Association based in Atlanta. When he’s not watching movies, you can find him cooking or tending to his garden.

Influencers: Adisa Bakari Shows ‘Em The Money – And How to Handle It