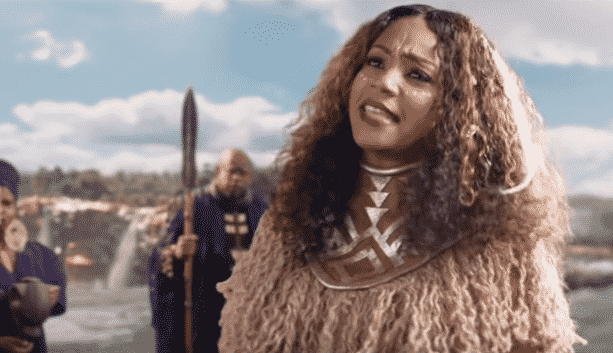 NO ONE IS SAFE FROM @TiffanyHaddish 😂❤️👏 | Tune in to #MTVAwards right now on @MTV pic.twitter.com/2ukzReW4OV

EBONY caught up with Yara Shahidi, Winston Duke and others during the red carpet. Scroll through other great and inspiring moments of the night below.

Think movie spoilers aren’t cool? Think again. @Winston_Duke is here to show you just how cool they can be #MTVAwards pic.twitter.com/jo24D4vTFq

Nobody messes with these sisters. @TiffanyHaddish and @IAmTikaSumpter star in #NobodysFool, coming to theatres this fall. Check out the new trailer now! pic.twitter.com/BHg4jmA77a

Lena Waithe Dedicates Her Award to Cast of Paris Is Burning

“Lena mentors hundreds of young writers, giving a voice to hundreds of new writers, so that maybe there maybe more than one black lesbian writer accepting an award on stage” – @common on an absolute ICON, @LenaWaithe #MTVAwards 🌈✊🏿 pic.twitter.com/DitkMeql1V

You can check out the full list of winners from tonight’s airing of the MTV Movie & TV Awards here.