Menu
|Designer Virgil Abloh Has Passed Away|Making It As an Entrepreneur: Lauren Messiah, of EO OneWorld, Shares What It Takes to Be Successful in Your Million Dollar Journey|Biden Administration Bans Travel to Several African Countries Due to New COVID-19 Variant|Law Firm Donates $12.5 Million in Fees to HBCUs After Winning Settlement|EBONY Rundown: McDonald’s CEO Apologizes After Saying Two Chicago Kids Killed by Gunfire Were ‘Failed’ by Their Parents, and More|A Look Back at Kariamu Welsh, a Trailblazer of African Dance Studies|5 Cool Sweaters to Keep Her Warm This Holiday Season|Former Georgia District Attorney Charged With Obstructing the Ahmaud Arbery Case|Lifetime’s ‘Married at First Sight’ to Premiere 14th Season|Holiday Gift Guide: 15 Finds to Up His Grooming Game
Arts & Entertainment, News & Politics
0 Shares
0 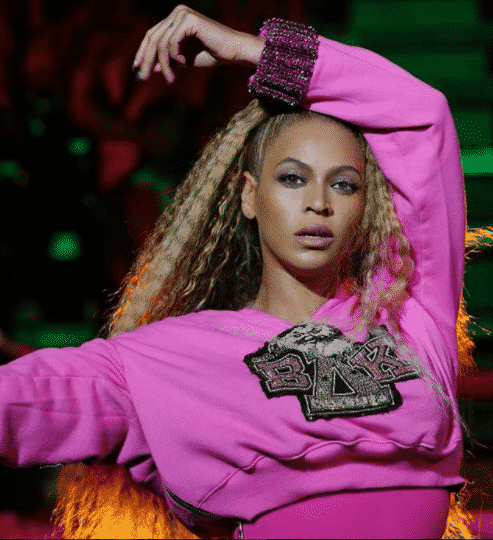 After scattering YouTube livestreaming records with her opening-weekend headlining performance at Coachella, Beyoncé continued to slay for her second show. Unfortunately, this weekend’s performance was not streamed for all those who were unable to head to California to witness Bey’s greatness. Fortunately enough thanks to social media we were given some looks into what we may have missed.

It looked like Queen Bey performed the same set from the prior weekend with the same surprise guests and marching band. She did, however, have some new custom outfits from Balmain so the color theme moved from yellow to pink.

Beyoncé really got the smoothest Milly Rock I’ve ever seen. This ain’t up for debate! #Beychella pic.twitter.com/Sh8w1vwA2g

Beyoncé’s choir and BGVs singing “Party” before hitting the stage at #Coachella🎉 #Beychella #Round2 pic.twitter.com/ltdMUQTFR7

The “Love on Top” singer continued her ode to Black collegiate culture and music with her marching band and background vocals.

The women of DC3 performed the rearranged version of “Say My Name.”

Another fave moment was when Bey tried to pick up Solange and they fell lol pic.twitter.com/VWhkJqHXqS

Solange joined Bey on stage for another dance off. The girls are so great at performing that when older sister B tried to pick up Solo towards the end of the routine they both fall and were able to play it off effortlessly.

Ok here is the J Balvin moment. The amount of times she’s said “where you at” 😭 pic.twitter.com/u39O4NIm9z

Colombian singer J Balvin also came out to perform a brass rendition of “Mi Gente.” It is the reggaeton hit he, Bey and Willy William that they recorded after the devastation of Hurricane Maria and Irma.

Ms. Tina Knowles, Beyonce’s mother shared some behind the scenes photos of family, friends and other celebrities who came out to enjoy her daughter’s performance.