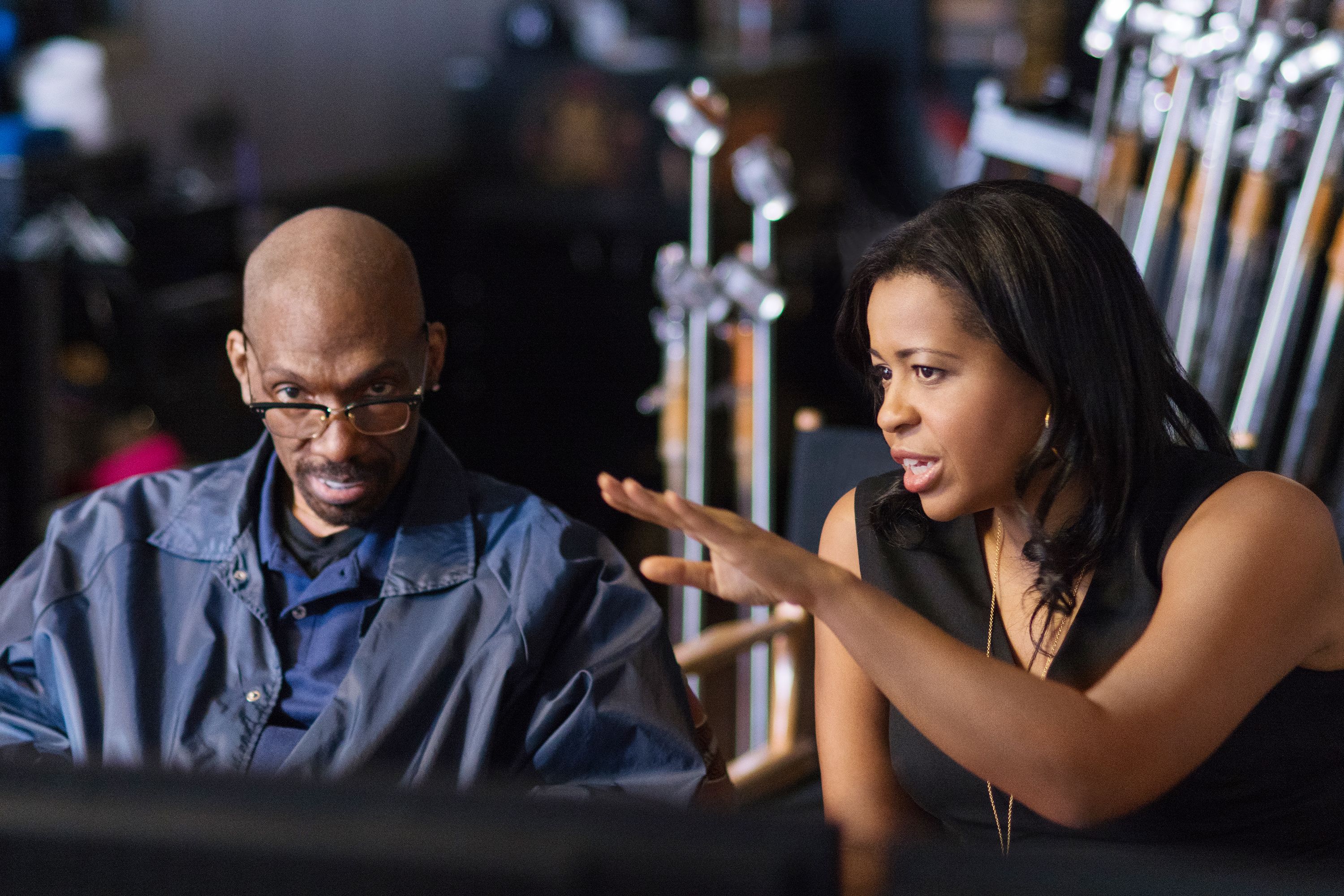 If you aren’t familiar with Courtney Kemp, the woman behind the hit TV series Power, then you need to get familiar. She’s the woman who challenged the show’s star, Omari Hardwick, to push past his limits to deliver one of his most rememberable performances yet.

“Ghost was the most daunting that he’s ever been for me this season. I had not been aware of how much peace I had found in playing Ghost knowing that he was a three-headed monster in terms of Jamie, James and Ghost in season one,” he said. “What makes this [character] so interesting is that as soon as you think you have one of those heads figured out, then Courtney Kemp in the writer’s room or the story itself is asking you to change that head and now be one of the other ones.”

When we spoke to Hardwick last year ahead of season 3, he revealed just how challenging it can be to navigate in and out of the immensely popular character Ghost on the STARZ hit show, Power. That challenge and the energy that it creates has made the show a summer obsession.

The driver behind that energy, Kemp, recently sat down with Refinery29 to discuss her career trajectory, the truth about success, and the 50 Cent “beef” that translated into marketing gold.

Check out a few of the excerpts below.

On Breaking Out Of The Box:

“It’s all bulls**t! 50 and I are extremely close, so all that social media drama? It’s just for the show. People truly believed that he did not know his dick was going to be on camera. I couldn’t believe it! Do you know how long we had to prepare for that shot? Of course he knew. The whole thing just gave us so much more buzz and helped me realize how we can use social media to our advantage. 50 Cent is a brilliant marketer.”

On the choice women have to make between family and career:

“What I’m about to say won’t be popular, but it’s true: If being a television showrunner is the job you want, and you are a woman, I would not suggest you have children. The reality is that you just can not do both well. There’s this idea that you can have it all, but in my opinion, you can’t — not if you’re a perfectionist. If I weren’t a showrunner, I’d be a much more accomplished mother; if I were not a mother, I would be a much more accomplished showrunner. I have to be okay with getting a B in both.”

On diversity in Hollywood:

“If you are other, you don’t think twice about hiring people who are other. At my rehearsal today, there was a white female writer, a Black male director, a Latina actress, gay people, straight people. That is diversity. And it’s sad that someone will look at that and think it’s revolutionary.”

“Power would not exist if Greg Berlanti, a white gay guy, didn’t hire me. Why did he hire some random Black girl? Because he thought I was talented. That’s it, plain and simple. We just need more people like him.”

Read the interview in full over at Refinery29.

In this article:Courtney Kemp, power, starz

Lala Anthony to Star in New STARZ Series From 50 Cent