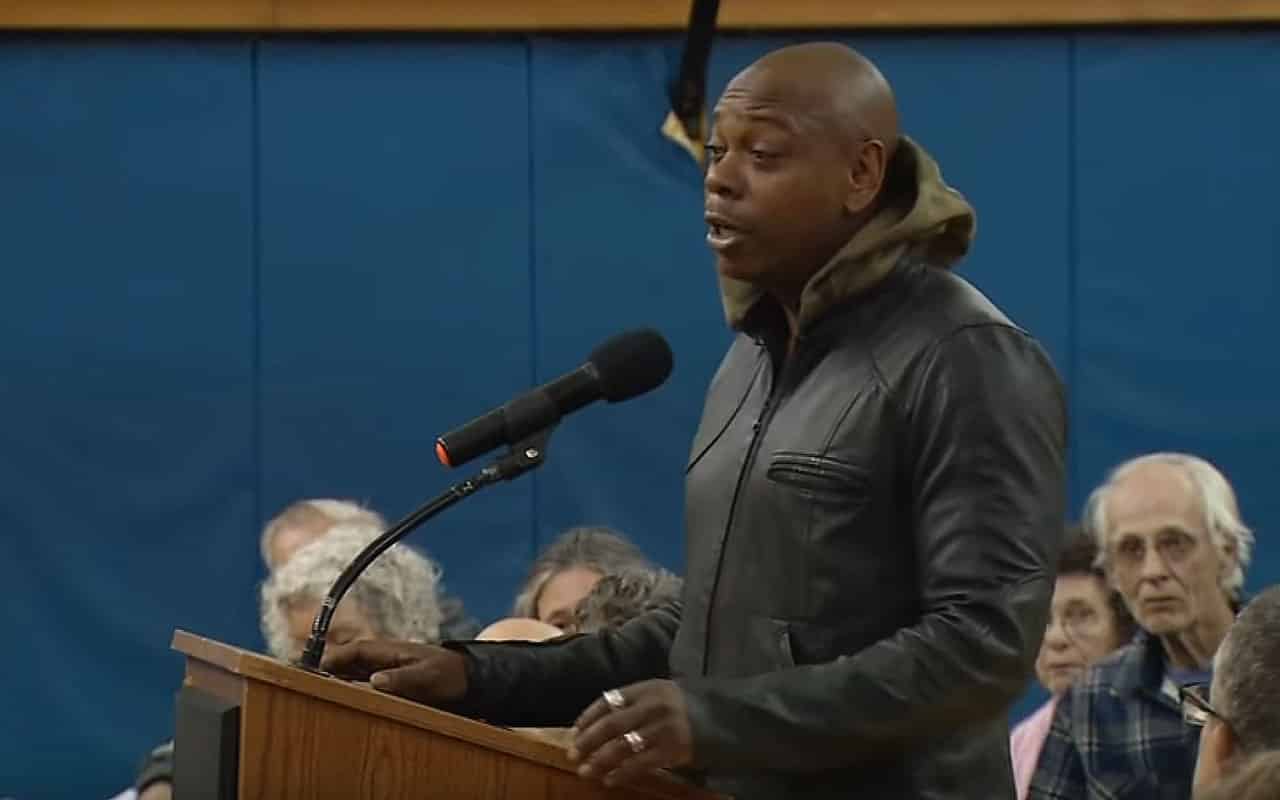 It seems like even when Dave Chappelle is off, he’s on.

This time he was not exchanging people in the racial draft, damaging people’s couches with his boots, shooting jumpers in a purple suit and high heels (then serving pancakes), or sitting in a car, terrified of Wayne Brady. As a matter of fact, although he was behind a microphone and the moment seemed pregnant with humor, he wasn’t even trying to be funny. But you know, it’s Dave Chappelle, so just seeing him puts us in laugh readiness mode.

Appearing at a village council meeting in Yellow Springs, Ohio, where he lives, the comedian addressed town leaders about police reform and urged them to pick a police chief who would have better relations with residents. The chief, Dave Hale, resigned in January after a controversy ensued over police breaking up a New Year’s Eve party two months ago, in which officers were accused of overreaching their authority.

During a council review of the tactics police were said to have used, including misfiring a taser, Chappelle walked up to the podium unannounced to address the leaders—as would be his right as a resident of Yellow Springs. He had praise for officers who he said “protected my personal well-being unsolicited from me,” but was also critical about the “huge gaffe” he says officers made on New Year’s Eve.

“The council has a tremendous opportunity to be like a leader in progressive law enforcement,” he says noting the children of police officers he grew up with. “And now we’re being policed by what feels like an alien force…so I would beseech the council to look deeply and to look hard, because what we’ve got is a golden opportunity.

“Literally you could kill the game,” he continued. “In this Trump era this is an opportunity to show everybody that local politics reign supreme.”

Chappelle has only rarely made public appearances since his groundbreaking Chappelle’s Show went off the air on Comedy Central in 2006. However, he will hit the stage again beginning March 21 in the first of three new specials on Netflix. Interest in hearing from Chappelle has piqued since he hosted Saturday Night Live in November, just days after the 2016 election in which he said an “Internet troll” had been elected president.