Throughout his incomparable boxing career, Mike Tyson often left us in awe. Whether it was his ferocious fighting skills that famously put opponents down just moments into a bout, or his turbulent life outside the ring, Iron Mike is as unique as they come.

Tyson’s post-boxing career has proven that he’s always been an entertainer at heart, even without lacing up his gloves. From hilarious cameos in the blockbuster comedy franchise The Hangover, to a one-man Broadway show and HBO special (Mike Tyson: Undisputed Truth) the Brooklyn-born brawler has excelled at peeling back his warrior layers to show us a more fun-loving side over the last decade.

One such endeavor that highlights the jovial Mike Tyson is FOX’s unscripted competition series, Superhuman. Alongside Christina Milian and Dr. Rahul Jandial, Tyson is currently embarking on his second season as a panelist on the show, which is hosted by Kal Penn (Harold & Kumar). Much like he did as a boxer, the former heavyweight champion of the world brings a special charisma to a program that arguably features more unique talents than any other currently on TV.

With Season 2 of FOX’s Superhuman just getting underway, EBONY chatted with the legendary Mike Tyson about the show’s exciting sophomore run, his own “superhuman” abilities, and more. The boxing icon also shared some thoughts on the highly-anticipated boxing match between Floyd Mayweather and UFC superstar Connor McGregor, and what it could mean for the future of combat sports.

Hit the jump to check out the full interview. 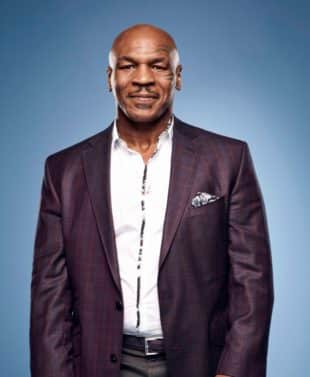 EBONY: What made you want to get involved with ‘Superhuman’?

Mike Tyson: When I was approached to do “Superhuman,” initially I was a little hesitant. I didn’t understand what I could add to the show if the guests were doing all the work, but I’m really glad to be a judge on the show. It’s been a great experience and I’m amazed every time I see the talent on stage.

What are some of the most unique abilities we’ll see on the show this season?

There was a girl who could change her shape, a contortionist– now that blew my mind!

What’s been your favorite part of being on the show so far?

I really enjoy working with the hosts and co-judges. We’ve all bonded over seeing all the unique abilities of the contestants.

The contestants on ‘Superhuman’ are doing extraordinary things in the hopes of a big pay day. What’s the most outrageous thing you’ve seen someone do for a large sum of money in your own life?

Outside of your skills in the ring, what is your most “superhuman” ability?

Let’s talk Floyd Mayweather vs. Conor McGregor. The odds are clearly stacked against McGregor. Do you see any strategy that McGregor could use to even the playing field?

I think it’s going to be an entertaining fight. A fighter always has a chance, but I think it’s a harder mountain for McGregor to climb because he isn’t as versed in boxing and Floyd is a technician.

Do you think that these crossover fights will become a trend going forward? Does it depend on the outcome of Mayweather v. McGregor?

Anything is possible. I think these crossover fights are cool to see because it introduces the sport to a new fan base.

If you could star in a music video or short film for one artist, who would it be and why?

There are a lot of artists I like right now, but I would have to say Tupac if he was still alive.

Besides, ‘Superhuman,’ what other Mike Tyson projects should people be looking forward to?

Check out for Mike Tyson Mysteries on Adult Swim, my new book, Iron Ambition, [and] my upcoming podcast, Bite the Mic.