Geoffrey Owens, who was job-shamed after he was pictured working at Trader Joe’s earlier this month, has just scored a guest role on an episode of the television series NCIS: New Orleans, according to TMZ.

Owens was a star on The Cosby Show from the mid-’80s to early ’90s. He worked in the acting industry for decades after the show ended. However, the 57-year-old revealed to People magazine that he took the cashier job to make up for royalty checks that no longer came after the hit series was pulled from networks because of  Bill Cosby’s sexual assault scandal.

The actor reportedly arrived on set in New Orleans Tuesday for his guest spot as Commander Adams, a friend of the character Dwayne Pride. Owens gave up his job at Trader Joe’s after news of his working there went viral.

The NCIS role is the second  job offering he has received. The veteran actor is also scheduled to appear on 10 episodes of the Tyler Perry-directed OWN series The Have and the Have Nots.

In addition, Nicki Minaj pledged to give Owens $25,000, but she has yet to make good on her promise.

😁 Only TWO WEEKS until the team is back when #NCISNOLA returns on September 25! pic.twitter.com/pJx46IzOl2 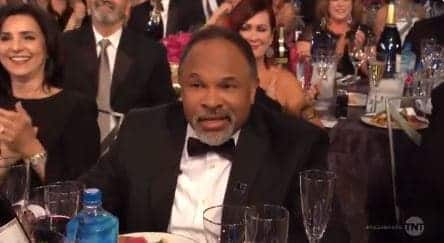