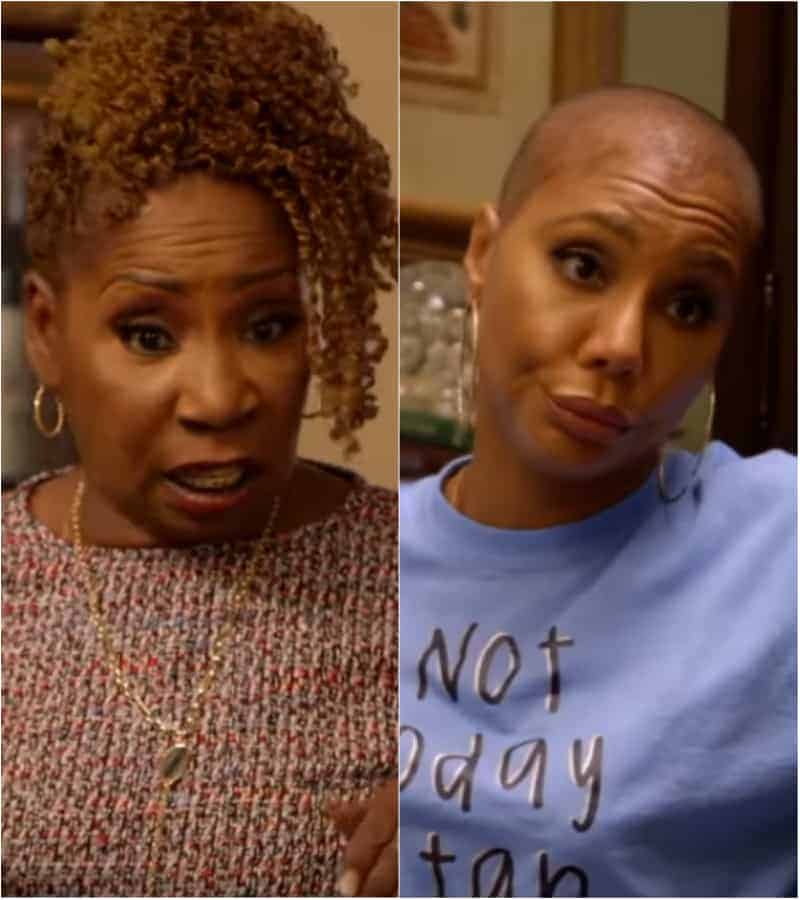 With the Braxton family at odds like never before, they turn to Iyanla Vanzant in a last-ditch effort to repair their broken relationship. In this heated clip from the two-part season finale, Vanzant has had enough, telling the family off for wasting her time before and storming out on the sisters.

Tamar has been vocal about her distaste for Vanzant, both on social media and on The Wendy Williams Show. The OWN star may now be considering taking the youngest Braxton to court over her statements.

The Jasmine Brand reports Vanzant will dispute Braxton’s public claim that they appeared on Iyanla: Fix My Life when Iyanla actually appeared on the Braxton Family Values finale. Vanzant is also allegedly concerned with comments the songbird made after ditching the session.

“Referring to Iyanla as a ‘fake’ and a ‘fraud’ could have serious implications on the casting process for Iyanla: Fix My Life and her reputation in general. It’s her duty to protect her reputation, brand and OWN’s brand. At this point, this is defamation and there should be consequences.”

In this article:Iyanla Fix My Life, iyanla vanzant, Tamar Braxton, The Braxtons

Tamar Braxton Has a Boyfriend Despite Not Being Divorced