Sony Pictures. Lately the company name brings up juicy trending chatter about scandalous hacked emails by North Korea, thanks to the kill Kim Jong-un comedy, The Interview. Even though Sony has since canceled the release of the film, the studio is still sinking after disastrous fallout from the public release of a slew of condescending, disrespectful, at times racist private emails about President Obama and the “erroneous” choice in casting Denzel Washington as The Equalizer because of the color of his skin. In the midst of all this drama is the unfortunately timed December 19 release of Sony’s Annie.

Leaked online weeks ago as an early victim of the hackers, Annie’s anticipation came partly from being deemed the “Black Annie” thanks to costars Quvenzhané Wallis and Jamie Foxx. But according to writer, director and producer Will Gluck, the casting of the movie had nothing to do with skin color.

“I know people think this is not true, but it’s true. We were in a big studio meeting. ‘Who do you want to play the star character?’ And it was all these people, the top movie stars with international appeal. Good actors. Who can sing and dance and are big movie stars and funny? There’s like two of them. And at the end, I said, ‘Well, it’s got to be Jamie.’ And someone walking out said, ‘Oh, but Jamie’s African-American and so is Quvenzhane.’ And I was like, ‘Oh, okay. Good. Whatever.’

“So literally they were both cast completely race plain, and no one believes it. But it’s the God’s honest truth,” says Gluck. “And only later people were like, ‘Oh, you’re doing that.’ And I was like, ‘No, we cast the best actors.’ The funny thing is, when kids see this movie after we show it, they ask, ‘What do you think about Annie being African-American?’ And every kid goes, ‘What? What are you talking about?’ ” Gluck adds. “And every parent, the first thing is: ‘Why did you make her African-American?’ ”

“I’ll piggyback that and talk about my kids,” says Jamie Foxx. “My daughter [is] 20 now. There was this huge thing about gay rights, and I remember I had my radio show and everyone was calling in. I get in the limo taking my daughter to something, and all her friends are all 12, 13. And I’m telling her, ‘What do you guys think?’

“And my daughter says, ‘Dad, can I tell you something? All old people do is bicker about who’s different. That’s why we don’t like your religion. We don’t like the gay thing. We don’t listen to any of it. ’Cause that’s all you guys do. It sounds crazy. He’s gay. She’s this. She’s that. We all hang together. We don’t trip about anything. And it’s always you guys,’ ” says Foxx, who plays Will Stacks, the updated, Puffier version of Daddy Warbucks. “And I put her on my radio show at 13. And people called like, ‘Wow. We never think.’ And I said, ‘Yeah, as we get older for some reason we start to see all these crazy things that don’t mean anything.’ ”

The reality is that 2014’s Annie could’ve been played by any girl of any color. The story of the faithful foster child who never stops believing she’ll one day find her parents worked for ’80s babies in the same way that it will still resonate with kids today. But some forget that Annie isn’t a movie for grownups. It’s fluffy, fun, lighthearted, feel-good entertainment for children. Any parent expecting to relive their childhood through watching this film will be disappointed. This project is purely for Generation Z. And it’ll stay strong in the minds and bring warm memories 30 years later just like 1982’s Annie (starring Carol Burnett and Aileen Quinn) does today for Generation Xers of every ethnic background.

Still, Gluck’s “race plain” casting story does seem hard to believe considering the lineup of producers attached to this film. A-list celebrity names like Jay Z, Will Smith and Jada Pinkett Smith make it easy to assume that this conglomerate of Black Hollywood powers might partner up to take over Tinseltown and turn an age-old 1982 classic from redhead to black. But maybe some of us who think this have been rewired by a flawed society that conditions us to see nothing but race.

In a perfect world, Annie’s new-millennium skin wouldn’t mean a thing. In a perfect society, we wouldn’t see “race” and be divided by the same divisions that have plagued and killed mankind since forever in this country. But we do. It’s the reason why, during a promotional New York appearance on Good Morning America days after Officer Daniel Pantaleo skipped away scot-free for the videotaped killing of Eric Garner, Foxx took a minute to address the nation.

A day after making those comments, Foxx explained. “In keeping the integrity of promoting Annie, we didn’t want to come out here and make it seem like we’re not aware. I always say you have to be able to look through someone else’s lens. And when it comes to a White cop, Black kid, how can we look through each other’s lens?”

Foxx continued: “I got stopped by the cops a few weeks ago. I’m driving in my very White neighborhood. And I’m feeling very good about myself. I’m riding in my Rolls-Royce and the top is down, and I had my friend, and we’re riding and like, ‘Man, isn’t this great? It’s Sunday, and the sun, let’s turn on the music.’ And the cop gets behind me. But I’m so White at the time, [I’m thinking] there’s no way he’s gonna stop me. He must be going to get someone else. So I’m driving, he hits the lights and so I move over like, ‘Go on and get him. Go get those people, they’re bad.’ And he says, ‘It’s you!’ ”

He reenacts this moment by mocking a cop on a bullhorn, speaking from the vehicle. “Pull it over!’ And I said, ‘Oh snap!’ So I pull over and he was yelling at me to the top of his lungs as if I was a piece of whatever. And I said, ‘Hold on, hold on.’

“When you see the situations that are going on now, social media involved, now we are able to see these things. Going back 20 years, you would have never been able to see Trayvon. Now that we’ve been hit with this, how can we get in and have the uncomfortable conversation about race? We have to be uncomfortable. I can say, as a Black man, I fear certain cops when I’m pulled over. I am afraid of them. And I’m successful. I’m scared of that. But can a cop say, ‘I’m afraid of Black people?’ Can they say that? And I don’t know if that’s possible. ’Cause if you say that now, what do we have to deal with?

“But I think that’s going to have to be the conversation we have in order to get there. We never get down to the real conversation. So I hope that we get a chance to really get it out and have that uncomfortable feeling for a while, ’cause I don’t think we can stand any more of this.”

Letting the moment seep in, Gluck adds, “One thing I’ll echo what Jamie was saying: I guarantee you no 6-year-olds seeing Annie understand that yet,” he says. “They have to be taught that.”

Raqiyah Mays is a seasoned writer, TV/radio personality, and activist. Her debut novel The Man Curse will be released by Simon & Schuster in 2015. Follow her on Twitter @RaqiyahMays.

In this article:jamie foxx, quvenzhane wallis 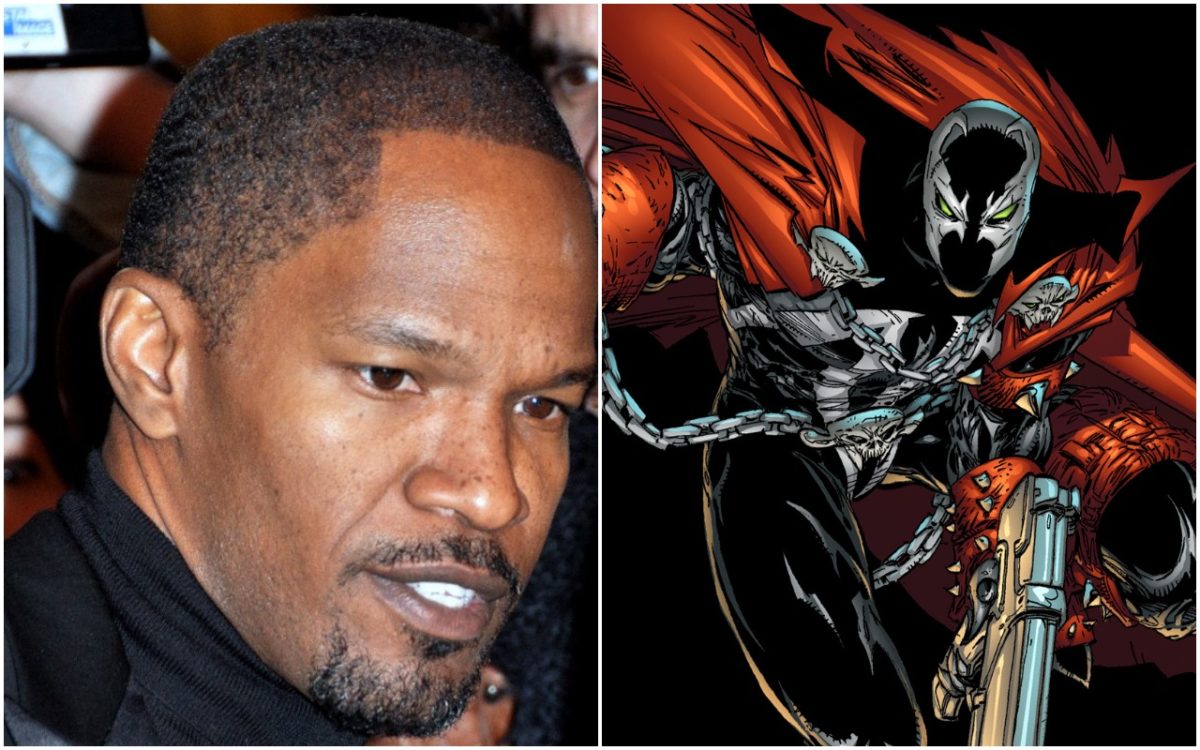 The Evolution and Impact of the Black Superhero