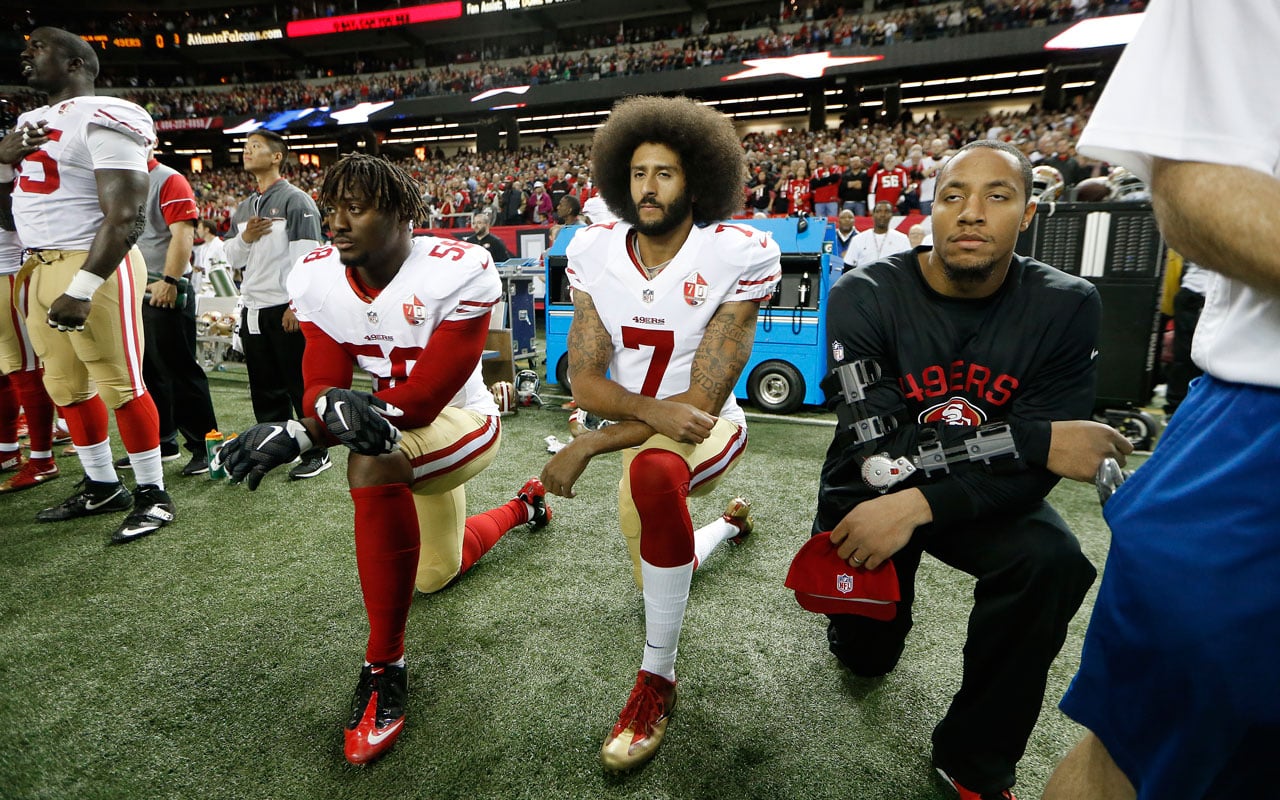 San Francisco 49ers quarterback Colin Kaepernick, who drew controversy when he motioned to kneel during the national anthem at NFL games over the 2016-17 season to protest social injustices in America concerning people of color, says he will no longer take the position in future games.

ESPN reports Kaepernick, who will opt out of his contract this week with the 49ers and become a free agent next week according to NFL.com, says that he doesn’t want the protest gesture to take away from positive change that has been created. The amount of social discussion, along with support from other professional athletes got his message across.

Kaepernick’s protest was a lightning rod for critics and supporters alike, drawing much of the attention during the start of the NFL season. At the time, he explained why he was kneeling as “The Star Spangled Banner” played.

“This country stands for freedom, liberty and justice for all. It’s not happening for all right now. It needs to change,” Kaepernick said.

But soon, others in the NFL followed suit. First, his teammate, 49ers safety Eric Reid kneeled with him during the games, as did others, then the practice spread to the Seattle Seahawks, where cornerback Jeremy Lane sat on the bench while the anthem played.

Denver Broncos linebacker Brandon Marshall did not flinch after he lost two endorsements for taking up the practice. “I don’t regret or feel any type of way about losing those two endorsements,” he told EBONY in an exclusive interview in September. “It didn’t make me want to stand up (for the anthem) at all. It is what it is.”

Eventually it hit pro soccer, when U.S. women’s national team midfielder Megan Rapinoe knelt during a match in September. Subsequently, college teams began to support the protest and by the time Seattle’s Garfield High School Bulldogs took up the practice, it had took on the nickname “Kaepernicking.”

But the protest was not met openly by everyone. Boomer Esiason, former Cincinnati Bengals quarterback, called the practice “an embarassment.” U.S. Supreme Court Justice Ruth Bader Ginsburg called it “dumb and disrespectful” but later softened her stance, saying they were “harsh.” Also, Kaepernick was the target of racially motivated verbal attacks and effigy at games around the country. At one Buffalo Bills game against the 49ers, T-shirts were sold that depicted Kaepernick in rifle crosshairs.

However, the controversy overshadowed other things Kaepernick did including pledging to donate $1 million to various charitable and non-profit organizations through his Colin Kaepernick Foundation. He also established “Know Your Rights” camps for youth around the country.

Although Kaepernick led the 49ers to the Super Bowl in 2012, his performance has not reached that height again. Hindered by injuries, he did not start again until the beginning of the 2016 season, in which San Francisco finished 2-14.