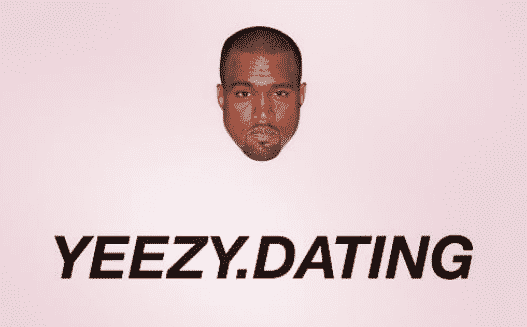 Kanye West has a very cult following. Yeezy’s biggest fans go all out when it is time to support the rapper/producer. From concerts to sneaker and clothing line purchases they always seem to show up.

Now, a Yeezy dating site is being launched to allow fellow stans to find love rooted in their mutual respect of the Chicagoan. The platform which is due to premiere in March laments itself as “a dating site for fans of the genius Mr. Kanye West.”

The platform got its beginning on a Crowdfunder started by a 21-year-old Ye fan, Harry Dry. “I’ve been building a dating site for Kanye West fans for the last month or so and I’m very close to finishing it I just need a little help with the final development + marketing!” Dry writes on the page.

The dating app will also keep up the feud between Yeezy and Taylor Swift, as the homepage states that fans of the singer are banned from using the site.

In this article:Kanye West, Yeezy Dating

Kanye West Reportedly Wants to Start His Own Church