The new Kanye West album Yeezus is practically brimming with harsh, abrasive tracks, but Black Skinhead may be the harshest and most abrasive of the lot. With rhythmic dog-barking and pounding percussion that evokes both Gary Glitter and Marliyn Manson, West not only tries to command the audience's attention, but also to evoke its nightmares. (The lyrics contribute to the battle-ready mood. "They see a Black man with a White woman/ At the top floor they gone come to kill King Kong," he declares.)

The just-released video for the song is equally unrelenting, albeit much less successful, aesthetically speaking. On a black and white (but mostly black) canvas, a shirtless West (or, at least, a video game avatar of West) jumps in and out of darkness while rapping, sporting a never-before-seen hardened physique outlined in a metallic hue. And that's about it. Basically, it's a graphic-novel-ish version of his live performance of the song on Saturday Night Live back in May. 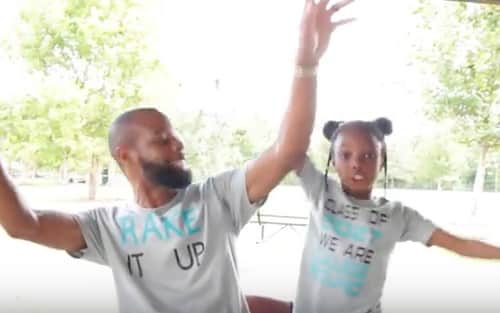