The Mis-Education of the Black Church
Advertisement 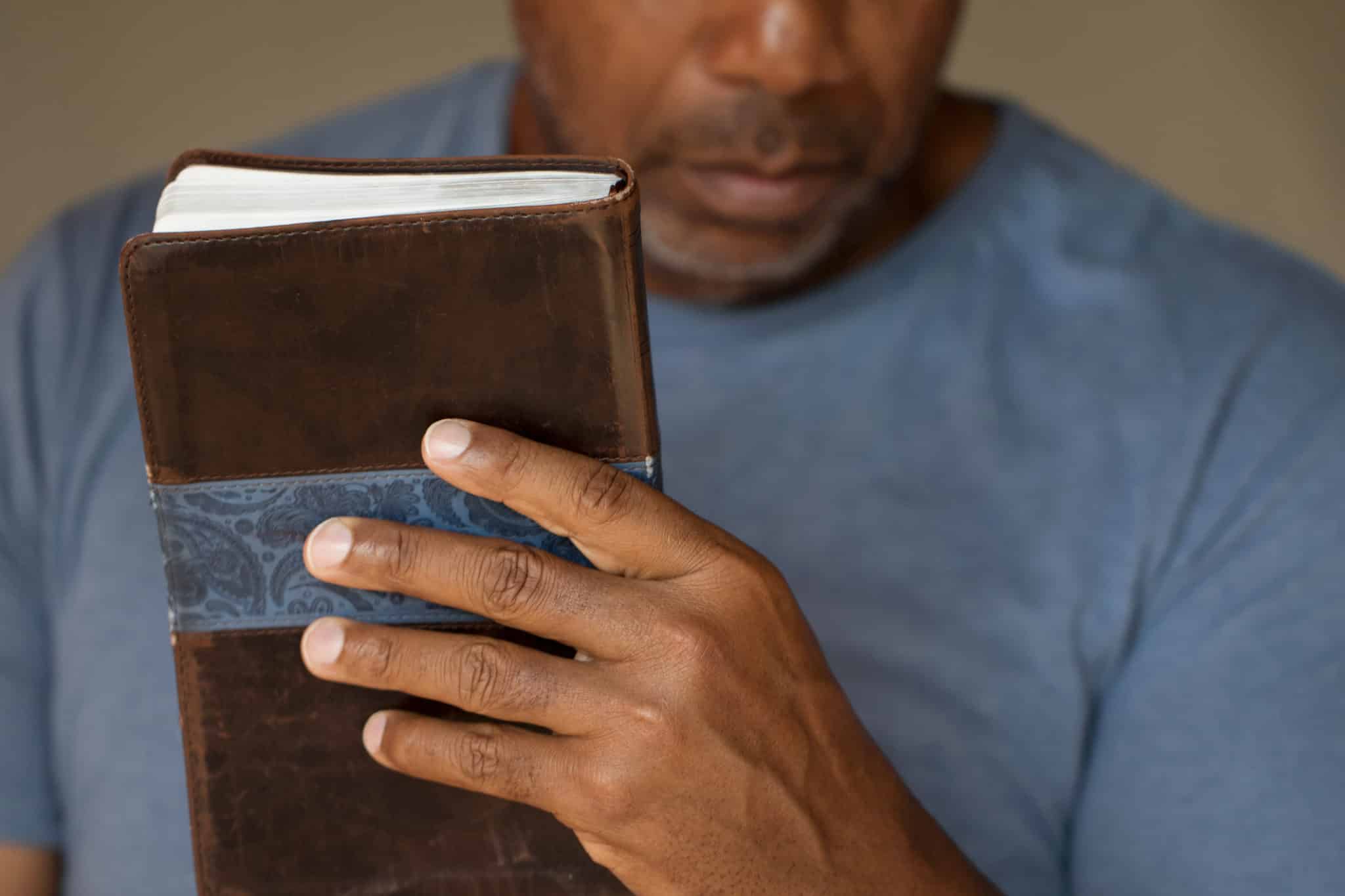 As a young boy growing up in rural North Carolina, I was never taught that homosexuality was an abomination. My family is a colorful bunch of artists, musicians, hairdressers and blue collar folk—and we have our share of gay uncles, cousins and church brethren.

It was not until I left home at 17 to attend university and joined the gospel choir that I heard, from a bunch of giggling sopranos, that being gay was wrong.

I was hit with a barrage of Bible verses, you know the scriptures everyone has memorized, and I began to think I was the last to know this information. You see, I grew up playing with my sister’s Barbie, rollerskating, jumping double dutch and even the occasional romp in my mother’s closet. From that very moment, as I stood in the choir room after rehearsal, my love-hate relationship with the church began.

Fast forward 21 years to 2016. Last Friday night Pastor and Gospel-Jazz vocalist Kim Burrell decided to go on a hate laden tirade regarding the state of gays and their disgusting “sin.” In her sermon, which went viral thanks to a churchgoer, Burrell said, “ I came to tell you about sin, that sin nature, that perverted homosexual spirit and the spirit of delusion and confusion. It has deceived many men and women. You as a man you open your mouth and take a man’s penis in your face, you are perverted. You are a woman and will shake your face in another woman’s breast. You are perverted!”

Well that’s not Christ-like at all.

All this time you had everyone fooled and thinking you were a good foot stomping, tambourine playing, riffing-and-running alto singing about love, hope and encouragement. But now I see you completely for you who really are. Am I surprised? No. Remember Satan was the choir director in Heaven and we see how that turned out.  Remember how she, along with Donnie McClurkin, mocked an effeminate contestant on BET’s Sunday’s Best singing competition? Judgmental much?

But I have questions:

1) If you are so bothered by these spirits, why appear on openly bisexual rapper Frank Ocean’s latest album? Answer: Exposure.

2) Why agree to appear on the talk show of one of the world’s most famous homosexuals to promote your latest single with Pharrell, “I See Victory” from the movie Hidden Figures? Answer: More exposure.

3) Why do you continue to preach at congregations where gay men are present, either in areas or leadership or assisting you in some manner, and collect their tithes and offerings? Answer: Kim loves coins.

But to make matters worse, everyone’s favorite gospel diva, the always nice-nasty Pastor Shirley Caesar, who received a bit of a surge with the #UNameItChallenge, decided to insert herself into the controversy. During a recent sermon at First Baptist Church of Glenarden in Baltimore, Caesar, who has faced gossip regarding her own sexuality, added her two cents suggesting that Burrell “should’ve said something fours years ago when our president made that stuff alright.”

That stuff = gay marriage. I wonder if Caesar was this rude and cold to the late, great Rev. James Cleveland or her former Caravans group member Josephine Howard (mother of popular R&B singer Miki Howard) or Clara Ward?Well on behalf of myself and other gay men and women who frequent Black churches across the world, we have a message for you: If you don’t believe in homosexuality, then don’t be homosexual. Simple as that!

But this issue lies deeper than Burrell, Caesar and a host of other pastors preaching hate in the pulpit. Jomo Kenyatta once stated, “When the missionaries arrived, the Africans had the land and the missionaries had the Bible. They taught us how to pray with our eyes closed. When we opened them, they had the land and we had the Bible.” This type of clinging and utilizing religion to enslave people is ingrained in our spiritual DNA. Christianity was a religion forced onto slaves to keep them enslaved. It perpetuates violence, guilt and control over those not of the norm.

But Burrell and others like her are quick to use the phrase, “Love the sinner, but hate the sin.”

Now think about that for a minute. If you love me but hate my wrong doing, which is a part of me, wouldn’t you hate me as well? Not only is that statement nowhere to be found in the Bible, but it is morally inconsistent, cowardly and a means to police people’s lives. Of course the church will try and justify this with scriptures like Ezekiel 9:5-7 or Deuteronomy 22:201-21—similar to how slave owners in the South used to abuse their property.

There is something to be said about the Black church and their constant attack on the LGBTQ community. I’ve often heard that we tend to hate what we are, but that’s a horse of an entirely different color.

Black gay men and women I want you to practice the religion of self-love. Don’t support anyone who does not support you.  Don’t allow these caricatures or con artists of Christ to educate and dictate your life, your love and your salvation. Stop sitting in their pews being verbally assaulted Sunday after Sunday after Sunday. You have that choice to be free, so please engage in that power. Love yourself totally and stop seeking salvation in others; it starts with you. Stay strong and surround yourself with kindred spirits. Ashe

Remember this: If the Black church continues with this vicious cycle of homophobia, there will be blood and it will likely be on the palms of those who committed spiritual terrorism.

Cultural expositor Tyrus Rochell Townsend has written for Essence, Uptown, Vibe, BET.com, The Atlanta Post, Bleu Magazine, Details Style Network and numerous other publications. Read about his style musings at The Gentleman’s Daily and follow him on Twitter @gentlemansdaily and on Instagram at @thegentlemansdaily. 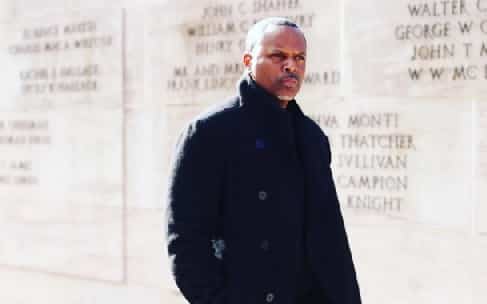 The Legacy of Shirley Caesar [INTERVIEW] 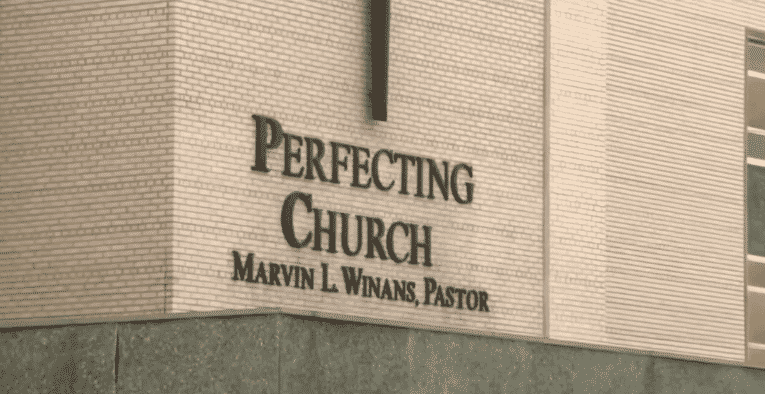