Michael Jordan’s Sneakers From His Rookie Season Sold at Auction for Record $1.47 Million

A pair of Air Jordans, worn by Michael Jordan during his legendary rookie season sold for $1.47 million at an auction on Sunday, according to the Bleacher Report.

The sneakers are said to have been worn by Jordan in his fifth career NBA game against the Denver Nuggets in 1984 or maybe even earlier. Jordan had also signed the sneakers and gave them to former Nuggets ball boy TJ Lewis, who kept the shoes for almost 40 years before selling them.

Purchased by card collector Nick Fiorella, the previous record for the most expensive game-worn shoes was set back in 2020. Those pair of Jordan’s sold for $615,000 and still contained a piece of glass in the sole of the shoe when Michael Jordan had shattered a backboard in 1985.

Brahm Wachter, head of Sotheby’s streetwear and modern collectibles, said in a statement that the “record-breaking result for the Jordan Nike Air Ships affirms the place of Michael Jordan and the Air Jordan franchise at the pinnacle of the sneaker market.”

Back in 1984, Nike, then more known for tennis shoes, gave Jordan a signature line of shoes and clothes to convince him to sign with the sports company. Initially, Jordan wanted to sign with Adidas and refused to meet with Nike until his mother intervened.

Jordan’s agent, David Falk, asked his parents to get him on the plane to take the meeting.

As a rookie, Jordan took the NBA and the sneaker game by storm. He signed a five-year sneaker deal with Nike in 1984 that paid him $500,000 a year, opening the door for today’s athletes to partner with various brands. Out of this deal, the “Air Jordan” would go on to be one of the most iconic sneakers of all time.

The deal worked out for Jordan and especially for Nike. 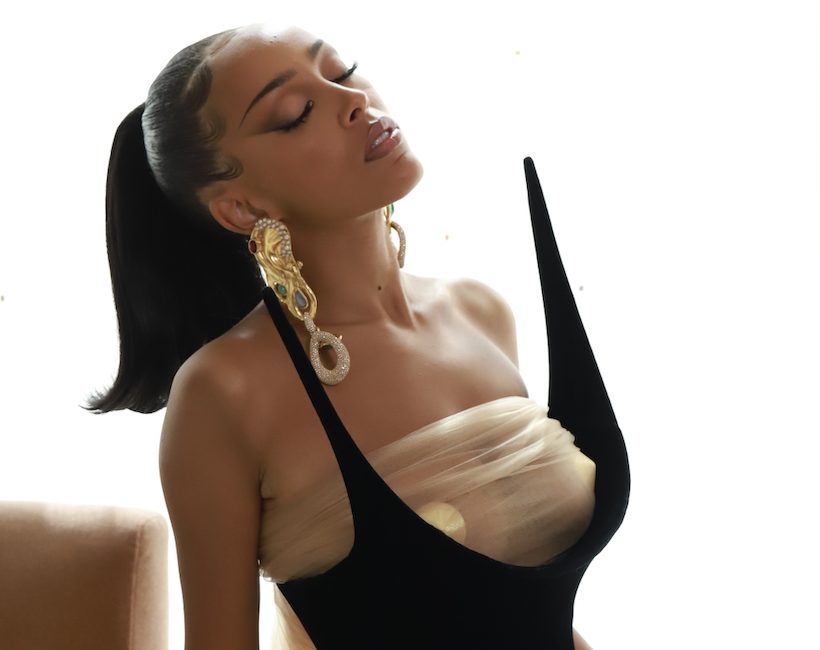 Katt Williams Dishes on Directing Himself in His New Netflix Special