Will #OscarsSoBlack Happen This Year? Here Are Our Predictions

Hollywood’s biggest night, the Oscars, is almost upon us, and several of our favorite artists are up to win their very own golden statuettes. But what are their chances of winning against strong contenders such as La La Land stars Ryan Gosling and Emma Stone?

Listed below are the nominees for the night’s biggest categories and my predictions as to how well each of EBONY’s favorites might match up against some of the standouts in each category.

Actor in a Leading Role

Casey Affleck, Manchester by the Sea

Let’s get one thing out of the way, something that will be repeated often throughout this post: La La Land is the film to beat on Oscar night, and it’s a film that not only has several nominations, but it’s also been a critical darling. More importantly, it contains several elements the Academy has historically rallied around: a reverence for the “Golden Age” of Hollywood (which served The Artist well in 2012) and unique musical performances (whenever there’s a prestige film that includes singing and dancing—past examples include Les Miserables, Dreamgirls, Ray, and Walking Tall: The Johnny Cash Story, you can bet the Academy is going to eat it up.)

With that said, everyone’s probably predicting Ryan Gosling is a shoo-in to win for Leading Actor. Gosling has also been nominated once before in 2007 for his leading role in Half Nelson, so he also has some past hardware to back up the Academy’s possible decision to give him the win. However, it’s not like Denzel Washington doesn’t have some hardware himself.

Unlike Gosling, Washington won the trophy in 1990 for his supporting role in Glory and in 2002 he took home the top prize–best actor–for his role in Training Day. In total, Washington has been nominated by the Academy a whopping seven times. His role in Fences has also been critically acclaimed, with many feeling he did the role, and August Wilson’s original play, justice.

In short, Washington has a very good chance of winning. He has put in the work for Fences, not just as the leading man, but also as the director, and he more than earned his right to have a gold statuette.

One dark horse to look out for is Casey Affleck for his role in Manchester by the Sea. This film hasn’t gotten quite the attention as La La Land, but it still has its defenders, and it’s still a huge contender when it comes to snatching up awards. But it’s worth wondering if social optics are going to affect Affleck’s chances. He has had some hefty sexual harassment charges leveled against him, and some have even gone as far as to question why his career still seems to be mostly unaffected while Nate Parker’s career tanked after news of rape allegations resurfaced. Of course, Parker’s allegations are even steeper than Affleck’s—the woman accusing Parker eventually killed herself, too—but still, with the eyes of the world on the Academy after last year’s #OscarsSoWhite movement, it’s worth keeping an eye on how the Academy will treat Affleck, since awarding him could be seen as giving a pass based on White privilege.

Actress in a Leading Role

As much as Ruth Negga has been lauded for her quiet, understated, yet powerful performance as Mildred Loving, the award will probably lean more heavily in Natalie Portman’s favor. Even with Meryl Streep being nominated for an Oscar yet again (for a role Streep can probably play in her sleep, hence why I’m not worried about Streep winning this year).

Portman as Jackie Kennedy practically screams “Oscar,” since historically, the Academy has an affinity for movies about either American presidents or British royalty (just look at how many Oscar nominations and wins have been given to films about Britain’s monarchical line over the years). Portman has also won the Academy Award before in 2011 for Black Swan, and altogether, she has been nominated three times throughout her career, so it wouldn’t be outrageous for the Academy to award her again.

This nomination makes Emma Stone’s second, the first time was in 2015 for Birdman or (The Unexpected Virtue of Ignorance). Also, her acting, musicality, and dancing in La La Land has also been praised for her turn as an ingénue-of-sorts in the film. But despite being in the film that’s on everyone’s lips, she was no Jackie Kennedy. Dare I say, “Oscar bait?” But the role Portman played is, to the cynical eye, very much Oscar bait.

We could be surprised, though. I expect some surprises during this year’s show, and Negga’s nomination could very well be the pleasant upset many of us are hoping for. Let’s not forget that Loving tells a very important story in American history, a story that has paved the way for many families to be together today. Negga’s acting talent is unquestioned, but also because of the film’s importance—especially in the scary times we’re living in, which people have to be reminded about the importance civil liberties and basic human rights such as the right to marry—Negga just might come out with the win. Keep your fingers crossed.

Actor in a Supporting Role

Lucas Hedges, Manchester by the Sea

This award has to go to Mahershala Ali. Anything else would be equivalent to the Grammys mysteriously not awarding Beyoncé the Album of the Year Award, despite Lemonade breaking all kinds of records and saturating pop culture on a grand scale.

Yes, Ali bowled critics over with his performance in Moonlight. Yes, he’s had a banner year, starring in nearly everything from Marvel’s Luke Cage to another of the Academy’s nominated films, Hidden Figures. But if there’s one thing Oscar gamblers use to place their bets, it’s the Screen Actors Guild Awards. Ali won that award, upping the ante for what could potentially happen Sunday night. If he doesn’t win, expect people to rise up in anger.

I’m not even going to mention the other people in this category; that’s how confident I am in Ali’s chances of winning.

Actress in a Supporting Role

Michelle Williams, Manchester by the Sea

Now this is going to be where the real fireworks happen. In an unprecedented moment, we have three Black actresses—Viola Davis, Naomie Harris, and Octavia Spencer—all vying for the same award, meaning we have three chances out of five that one of them could actually win. If you look at it from just the numbers, we as the audience can’t really lose.

Even looking at it from the actresses’ body of work, we really can’t lose. Any one of them is deserving of that statuette.

If I had to pick anyone the Oscar might be favored to go to, it would be Viola Davis. She’s already made history as the first black woman to be nominated by the Academy three times, so it would seem that one of those times, she should actually win. Also, her role in Fences helped keep that film upright; to counterbalance Washington’s force, the film needed someone just as forceful, if not moreso.

Naomie Harris’ role in Moonlight is just as pivotal. As the drug-addicted mother of the film’s main character Chiron, she had to act as part of the formation for the prism through which Chiron views his life, and, like Davis, her role helped balance the film.

Octavia Spencer, though, has won an Oscar, and could very well win a second with her role in Hidden Figures, which again, showcases Spencer’s strength as an actress. It’s really anybody’s game with this category. Thankfully though, the biggest competition these women have are each other.

Barry Jenkins’ work on Moonlight has been called haunting, important, beautiful, and any other positive adjective you can throw at it. To me, it’s biggest competition is, as with most of the categories, La La Land. Damien Chazelle has been equally praised for his attention to detail when it came to recreating the magical world of the prestigious Hollywood musical. But Manchester of the Sea, directed by Kenneth Lonergan, could also very well win, since Lonergan’s direction gave the film the weight his script asked for while still keeping the film out of the quicksand of melodrama.

At the end of the day, I think Moonlight has a very fair chance of winning the Oscar, though. Moonlight’s advantage, to me, is that it’s telling a story that hasn’t ever given the honest chance of being told in cinema. When given the chance, that story is told and directed in a moving, heartbreaking manner while opening audiences’ eyes to a plight they might not have even recognized before. Jenkins didn’t just direct a movie; he directed a cinematic testimony, which makes him deserving of winning the Oscar. 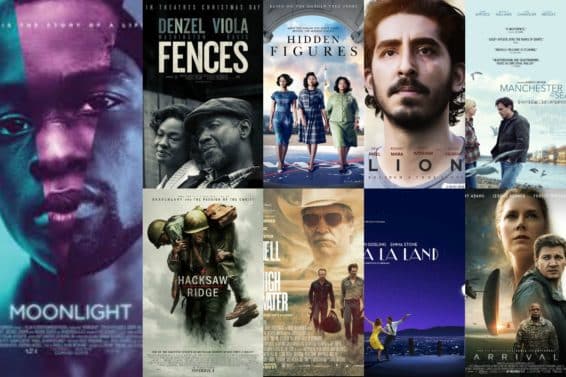 The big award of the night is Best Picture. Once again, I feel it’s going to be a battle. First, Fences, Hidden Figures and Moonlight have to wage war against La La Land. Even though it’s a darling, I think La La Land is due for an upset. In fact, it was upset just a few weeks ago.

Even though La La Land was expected to win the Screen Actors Guild Award, Hidden Figures actually went home with the honor, meaning that the stage is set for a possible Hidden Figures Oscar win. It’s also the highest grossing Oscar-nominated film of the year, once again beating out La La Land. On the more cynical tip, it would certainly be a storyline the Academy would love to have–that after a year of gutting their own system and diversifying their various boards, they have a Best Picture winner that reflects a slice of non-White Americana. But on the whole, Hidden Figures deserves the win, because the film does something much more than La La Land could ever do—it has helped Black girls see themselves on film and it has helped inspire them to reach for the proverbial–and literal–stars.

Where Fences both has an edge and probably a detraction is that it falls in line with the “Oscar-bait” mode of filmmaking. It is very much a film that looks like a film that is made for nominations. Not saying that was the reason it was made (this is Washington’s passion project, after all), but to the cynical person, that’s the kind of film it looks like. Meanwhile, Hidden Figures and Moonlight are newer, fresher, and saying something that resonates much more clearly with today’s youth and the times we’re in.

If I had to choose, I’d put my money on Hidden Figures. But Moonlight could very much come away with the win. 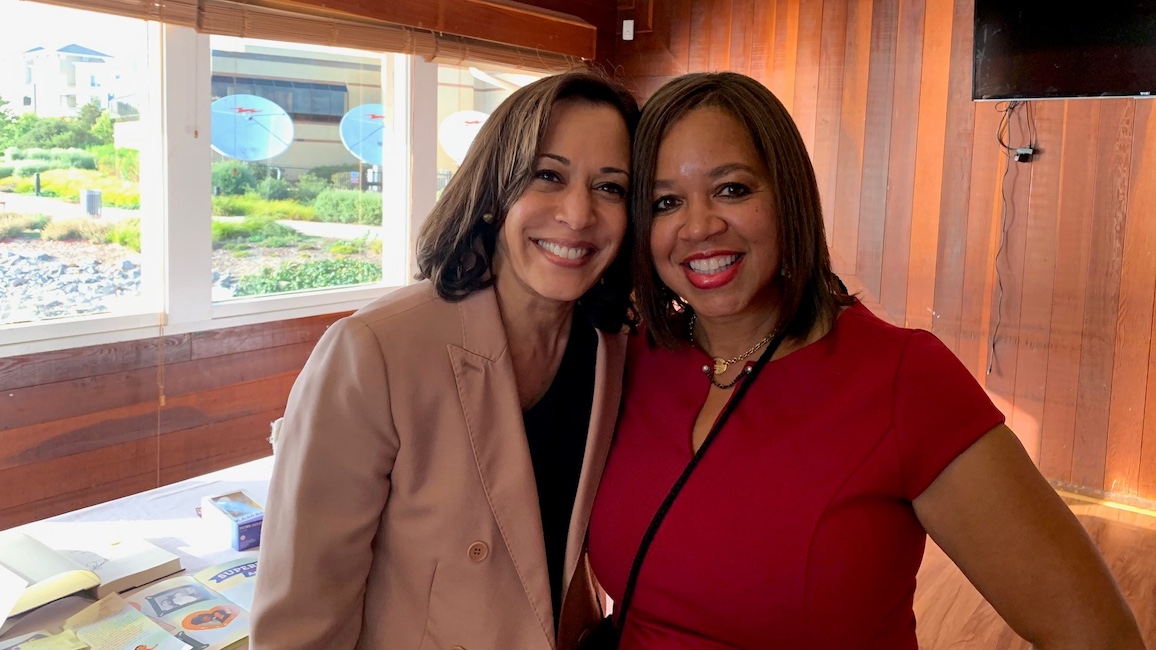