Arguably, Hollywood is becoming more diverse, but we still have a long way to go. When it comes to depicting African-American stories authentically, there’s still a bit of a gap between perception and reality. 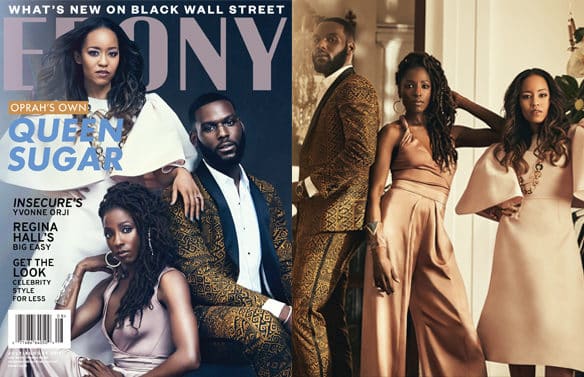 The OWN-housed television series not only contributes to bridging that gap but offers a refreshingly authentic look at Black life in the South—and beyond.

Last fall, when prolific filmmaker and series executive producer Ava DuVernay brought Natalie Baszile’s iconic 2014 novel of the same name to life, she presented viewers with a work of art filled with themes of love, strife, family, and legacy.

Over the course of its first season, the world was introduced to the Bordelon siblings. We met them along with their pain, their struggle and their desire to be meaningful contributors to the world. Most importantly, we were presented with characters that placed family above everything.

In the midst of the entertainment, we also received a much-needed glimpse of Black America.

“I pull from my experiences as a Black man in America and all my brothers,” Kofi Siriboe, who plays Ralph Angel on the series told EBONY. “I see Ralph Angel in everybody.”

What Siriboe said was critical. He sees Ralph Angel in everybody. That identity …that intangible ability to see characters who possess the embodiment of what and who we are is what’s been missing in Hollywood all of this time.

For this month’s cover, EBONY traveled to New Orleans to speak with some of the cast and crew of the iconic series.

“That’s the thing I love about Nova; there hasn’t been a character quite like her,” Rutina Wesley, who plays Nova, the eldest Bordelon sibling states. “I love that she’s really pretty unusual, and I think she’s flawed and very human. I love that I never quite know where she’s going. And I also love that anything is possible with Nova.”

Like the typical African-American family, Nova isn’t the only one dealing with conflict. Here sister, Charley Bordelon West is constantly attempting to whether her own storm.

“Charley’s strength is a little superheroic,” Dawn-Lyen Gardner, who plays the character said. “She is really one of the most resilient characters I [believe] I’ve ever played.”

Each character is complex and multi-layered. Through them, DuVernay has managed to bring the intricacies of Black familial life to 21st-century television. From the characters to the gorgeous setting, every choice feels like a return home.

Catch the second season of Queen Sugar on OWN Wednesdays on OWN.

Read more of the exclusive article in the July/August 2017 issue of EBONY magazine, on newsstands this month! Click here to subscribe.