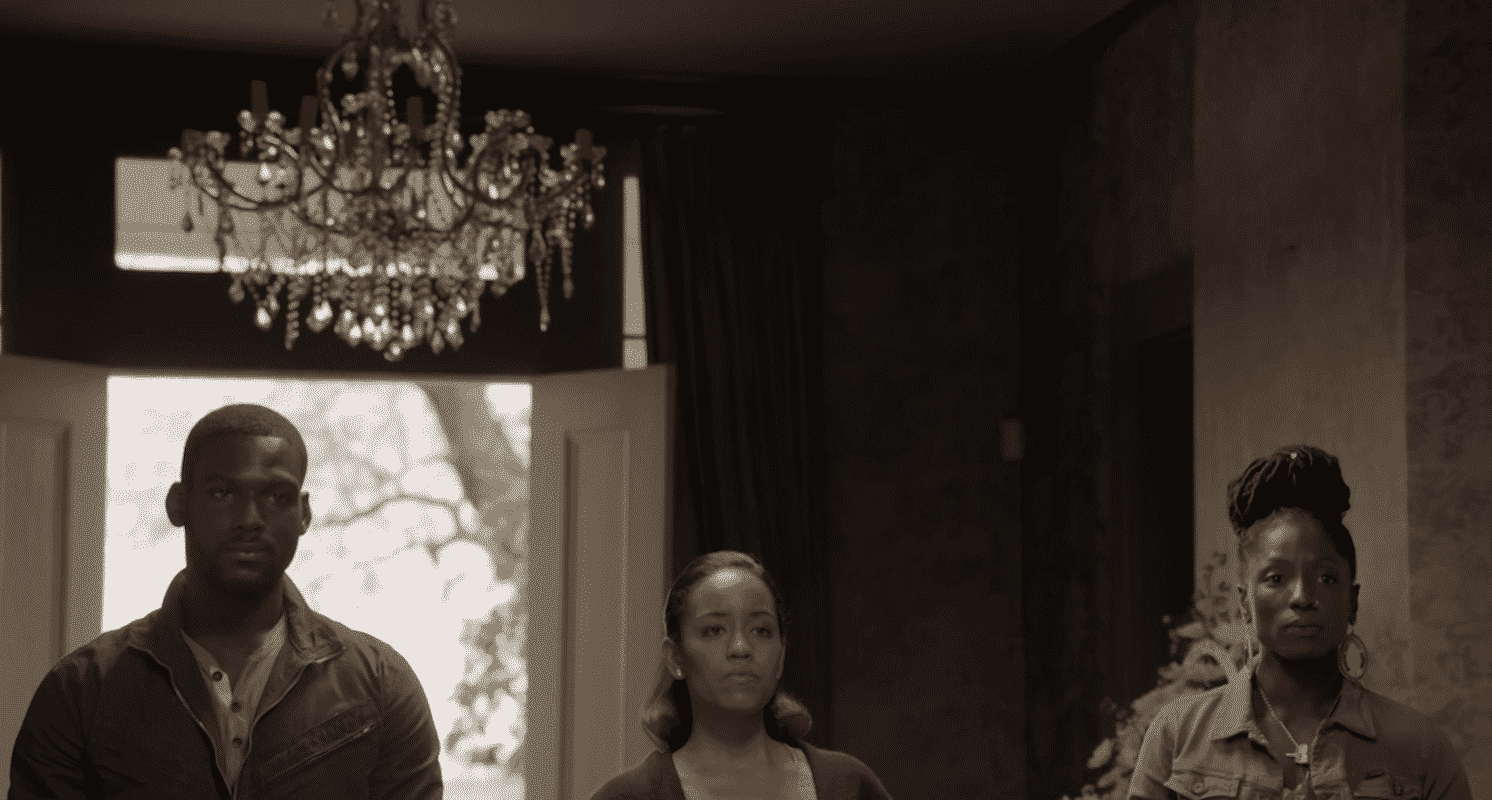 Tuesday night, OWN aired part one of Queen Sugar’s dynamite premiere event from executive producers Ava DuVernay and Oprah Winfrey. A visually and sonically stunning meditation on Black southern family life, the series masterfully balances drama, social commentary and the complexities of Blackness through the story of the Bordelons, a trio of complicated, estranged siblings who are forced to pull together after tragedy.

Baby brother Ralph Angel is an ex-con and single father struggling to provide for his young son within the limits of his probation and society’s general disregard for the formerly incarcerated; Charley is the wife and manager of a NBA superstar who has just been accused of participating in a gang rape; and Nova is an activist against police brutality who is secretly dating a married, White, New Orleans cop. By the end of episode one, the Bordelons are dealt a devastating blow with the sudden death of their father, Ernest.

Wednesday night, Queen Sugar picked up with part two of the premiere event, an episode revealing the quiet strength of their family bond that may be bending under the weight of Ernest’s death, but certainly isn’t breaking.

Nova is still reeling from the loss, when her White married detective bae stops by to tell her he’s coming to the funeral. She tries to dissuade him from showing up but he reminds her that she came to his father’s funeral and he wants to return the favor, even if he can’t show up as her man. She agrees to this arrangement, but I’m dying to know why. Nova’s too fly for this foolishness.

Charley is sifting through piles of her father’s past-due bills when she catches a leery White farmer, Samuel Landry, on their land with a crew of surveyors, thinking no one is home. He gives her his card to make the family an offer on the land, when the siblings are ready.

Nova’s editor at the newspaper asks her to stop by before she heads home to St. Josephine to bury her father, but he doesn’t want to talk about any of the serious stories she’s pitched. In a nod to the poisoning of Flint, Michigan residents, Nova’s written an investigative piece on lead in the water, but her editor just wants a scoop on her superstar brother-in-law Davis’s gang-rape allegations. Nova storms out.

When Nova arrives in St. Josephine, we learn that Charley has a different mother than Nova and Ralph Angel. Charley’s mother sends flowers and Nova and Ralph Angel share a look of annoyance while Charley’s back is turned. Nova is curt with Charley who is hoping to help with the arrangements, but there’s nothing left to do, as Nova, Aunt Vi and Ralph Angel have every detail under control.

Ralph Angel takes his son Blue to school and is met by Blue’s teacher Ms. Velez who flirts with him and continues veer out of her lane. She turns down his request to babysit Blue during the funeral, but not because she doesn’t want to, she assures him, just because she has other plans.

Charley goes to a diner to meet her father’s friend, Remy, who is bald and handsome and younger than she expected. Though she hopes to talk business, Remy also seems ready to sweep Charley right out of the arms of her alleged rapist husband. Let’s see how long it takes her to drop Davis for Remy.

As the siblings go to pick out a casket, Charley, the MBA of the family, tries to take control of the negotiations but Nova isn’t having it. She haggles the undertaker down $500 more, paying just $900 for the funeral. While the two sisters argue over who gets to pay, Ralph Angel insists on contributing to his father’s service when his “money comes in” in a few days. I just hope it’s not from another convenience store hold-up! He’s got priors, after all.

While the Bordelons seem comfortable arguing amongst themselves, they all square up when the undertaker tries to prevent Nova from sewing a pouch into the lining of the casket they’ve chosen. The undertaker says he runs a “straight Christian business” and didn’t want any part of Nova’s spiritual practice, but he also didn’t want no problems with the Bordelons, either. So into the casket lining goes the mysterious pouch.

Meanwhile Davis is blowing up his son Micah’s phone because Charley refuses to answer. Micah lets it slip that Ernest has died, so now Davis knows where they’re located. While it’s normal the teen will feel conflicted by his father’s actions, somebody needs to teach Micah about snitching.

Ralph Angel is determined to prevent Blue from attending Ernest’s funeral, so since everyone he knows is going to be at the funeral and the teacher with boundary issues is busy, he asks Blue’s recovering addict mother Darla to come stay with Blue. She is overjoyed to finally be seeing her son again and promises not to let Ralph Angel down.

Charley’s had enough of not participating in the funeral arrangements so she hires a catering service behind everyone’s back. When the caterers and servers show up to set up, the tension brewing between Charley and Nova bubbles over. “You aint been gone that long. How come you don’t remember how it’s done?” Nova snaps at her younger sister. “We don’t honor our father by having strangers serve those grieving. We serve comfort food to those who need comfort and we do it with our own hands. That’s how a family does a repast.” That is so Black! And so true, Nova.

Aunt Vi laments out loud to her much younger lover, Hollywood, how she’s losing everyone she loves, from her brother, Ernest, to Blue, whom she’s certain Ralph Angel will take from her primary care soon. Hollywood reassures her that she’s not alone because he’s not going anywhere, but Vi encourages him to find a younger woman so he can have the children she’s too old to bear. “Baby, I’m exactly where I want to be,” Hollywood promises and they look ready to at least practice making that baby Vi can’t physically have.

Later on, Davis ambushes his son at a nearby gym while he’s playing basketball, and Micah takes his mom’s side. Charley shows up at the gym to get Micah and is disgusted to see Davis going behind her back to get to their son. With no real regard for what Charley and Micah need as they grapple with Ernest’s death and all of the pain Davis has caused, he still makes a self-obsessed plea for support from his wife and child during this tough time. But Charley isn’t having it. “Everything is not about you,” she spits through gritted teeth at her trifling husband and then takes her son home.

Back at Aunt Vi’s the morning of the funeral, somebody’s let it slip to Blue that his mother is coming over to watch him, so he wants to get a haircut and look nice for her. Why they would tell that boy that his drug-addicted mom who’s already abandoned him before was definitely going to show up is beyond me. If you think Blue’s old enough to handle his mother’s likely abandonment—again—he’s old enough to say goodbye to his grandfather at a funeral surrounded by his loved ones where he’ll also be safe, Ralph Angel!

Vi tries to tell Ralph Angel as much and hits hard on the cultural problem of coddling Black sons against a world designed for their destruction: “You see how [coddling] turns out,” Vi warns, using Ralph Angel as the example. “[You just end up] wrestling with the world that ain’t got no pedestal for you.” Whew. Vi ain’t said nothing but a word.

But Ralph Angel is set on Blue not going to the funeral, and of course, Darla’s boss threatens to fire her if she leaves on time so she’s late meeting Blue. The cellphone Darla was using when she accepted Ralph Angel’s request to spend time with Blue somehow isn’t available to let Ralph Angel know she’s not going to make it on time, leaving another opportunity for the excellent child actor, Ethan Hutchinson, to make Blue break our hearts again. She shows up at the funeral and Blue is thrilled, but still, get it together, Darla!

At the internment, we see why this episode is called “Evergreen.” The pallbearers take pines from the tree and place it in the flower arrangement above Ernest’s casket as emblems of the soul’s immortality. But as the grieving siblings all grab hands, with Nova as their center—with all 3 looking just delicious in white–It’s clear that their sibling bond is just as eternal.

Question: Who do you think will throw hands first: Darla and Ms. Velez over Ralph Angel and Blue, or Davis and Remy over Charley? My money’s on Darla.

Brooke Obie is an award-winning writer and the author of the slave revolution novel Book of Addis.

In this article:ava duvernay, oprah winfrey, OWN, queen sugar

Hit OWN Series ‘Ambitions’ Returns for Its Midseason Premiere