Prince Memoir 'The Beautiful Ones' Coming This Fall

How does one begin to pay tribute to Chinua Achebe—author, educator, critic and battler of colonialism’s sticky, shameful, single-story residue?  It is an insoluble task to derive a quote or anecdote that describes him better than his own words, which signify his most useful tool for battle. “My weapon is literature,” Achebe once said.  We lost him, the man we champion as our initial, and most authentic and intimate African voice in literature, one who told us not only that Africa is not a country, but more importantly that it is a continent inhabited by proud, beautiful, complicated and diverse people who are more than a backdrop to its vast savannahs, lions, and diamonds.  He died after a bout with a short illness in Boston last week at the age of 82.

The wonderful thing about griots, however, is that they manage to live forever through their stories, and their aims for telling their stories.  Wole Soyinka, celebrated Nigerian poet and playwright, commenting on the giant’s death, writes, “His works provide their enduring testimony to the domination of the human spirit over the forces of repression, bigotry and retrogression.”  His seminal work Things Fall Apart (1958), which tells the tale of colonialism through a distinct Nigerian-Igbo narrative voice, will continue to encourage many generations to come that hope to read and write about Africa.  When Achebe speaks of Africa, he speaks of it not as a land that became human once Europeans arrived, but possibly one that became less human after.  When asked the role of the African writer, Achebe offers the following truths:

“African peoples did not hear of culture for the first time from Europeans; their societies were not mindless but frequently had a philosophy of great depth and value and beauty, that they had poetry and, above all, they had dignity. It is this dignity that many African peoples all but lost in the colonial period, and it is this dignity that they must now regain. The worst thing that can happen to any people is the loss of their dignity and self-respect. The writer’s duty is to help them regain it by showing them in human terms what happened to them, what they lost. There is a saying in Ibo that a man who can’t tell where the rain began to beat him cannot know where he dried his body. The writer can tell the people where the rain began to beat them. After all the novelist’s duty is not to beat this morning’s headline in topicality, it is to explore in depth the human condition. In Africa he cannot perform this task unless he has a proper sense of history.”

Achebe sought to inject dignity where it had become barren.  For the Igbo people of Nigeria, Africans throughout the continent, and even those living in the Diaspora, he reminded us that we have a history that outlives slavery and colonialism, and his reminder was majestic.  Achebe hijacked the language of his oppressors and used it to translate what had somehow become lost in our native tongues.  He stole language, re-seamed it, and made it into a brand new garment.  Chimamanda Adichie, a new African storyteller and author of Purple Hibiscus agrees. She writes on Achebe’s significance to her and many:

“Achebe was an unapologetic member of the generation of African writers who were ‘writing back,’ challenging the stock Western images of their homeland, but his work was not burdened by its intent. It is much-loved not because Achebe wrote back, but because he wrote back well. His work was wise, humorous, human. For many Africans, Things Fall Apart remains a gesture of returned dignity, a literary and an emotional experience; Mandela called Achebe the writer in whose presence the prison walls came down.”

This idea of “writing back” is definitely witnessed in Achebe’s fiction, but may be more transparent in his essays and public conversations.  My own introduction to Achebe was not through his novels (which include Arrow of God and Anthills in the Savannah), or his short stories (one of my favorites is “Vengeful Creditor”), but his fiery and accurate response to Joseph Conrad’s very racist adaptation of Africa, “Heart of Darkness”.

Today I teach students who are also learning literature, but without many of the binds my generation experienced.  When speaking with them on Achebe’s death, they asked, “Isn’t that the guy who sued 50 Cent?”   “Yes” I replied, “Now let me tell you why.” 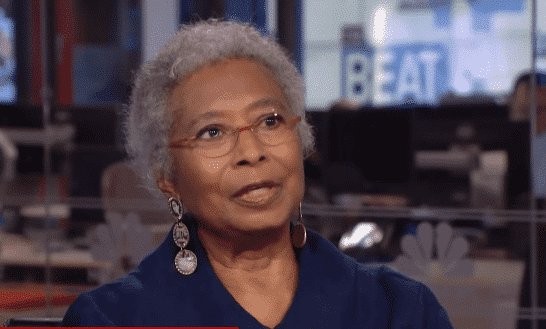