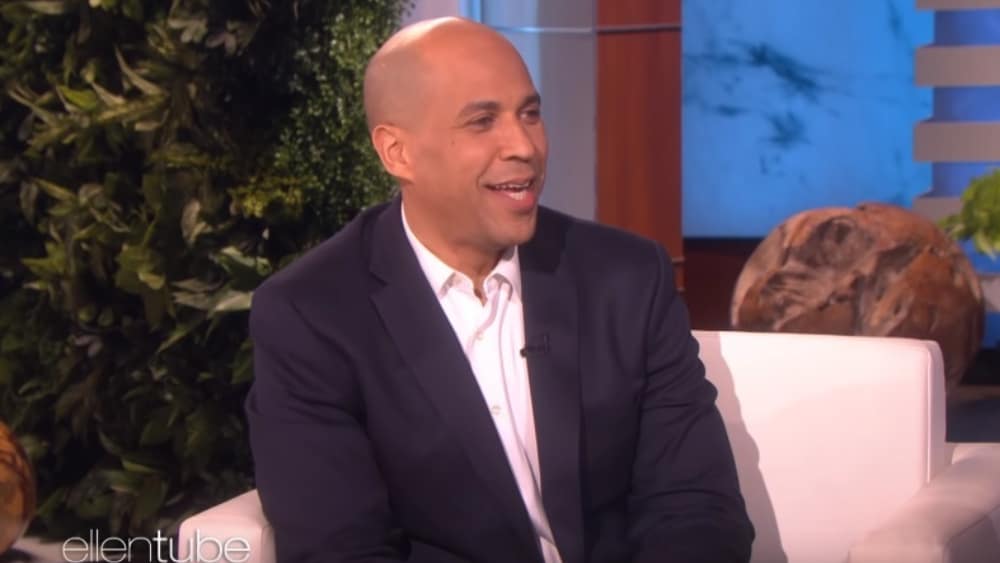 Sen. Cory Booker (D-New Jersey) publicly spoke about his relationship with actress Rosario Dawson during his Wednesday appearance on The Ellen DeGeneres Show.

“She is just a deeply soulful person and has taught me a lot of lessons about love already,” the 2020 presidential hopeful said about his budding relationship with Dawson.

“Sometimes you show the greatest strength when you make yourself vulnerable,” Booker added. “She really has this nurturing spirit that’s made me more courageous, not just in the love I project and want to see in our country, but I think in our own personal relationships to love more fearlessly. I’m very, very blessed to be with somebody who makes me a better person.”

Speculation that the senator and actress were dating began in Jan. 2019, when they were spotted together at the Broadway show, Dear Evan Hanson., according to Marie Claire. Their relationship status was not confirmed until a month later when Dawson confirmed the news to TMZ.

Later in the interview, DeGeneres joked about having a White House wedding ceremony that would compare to the lavish Royal Weddings.

“So you’re saying if Rosario and I get there, wait, don’t do the marriage before?” Booker teased before asking the talk show host to be a potential wedding officiant.

“Yes, I’d be a big part of that,” DeGeneres responded.

The part also spoke about President Donald Trump’s tweets and the possibility of Booker bringing a female vice president into the White House. Watch the full interview below.

In this article:cory booker, rosario dawson