Menu
|Book These Last-Minute Memorial Day Weekend Getaways|Netflix’s ‘Bigger Than Africa’ Filmmaker Toyin Ibrahim Adekeye Discusses the Impact of West African Culture on the Diaspora|The Best Memorial Day Sales to Check Out This Weekend|Memorial Day Weekend Jams: 25 Songs to Enjoy at Your Family Barbecues|Kick Back & Turn Up—Recipes & Advice for Your Weekend Cookouts|Howard University Signs New Deal With Jordan Jumpman|Tips for Preserving Your Family’s Well-Being From a Mental Health Advocate Who Is On a Mission for Change|5 Graduation Gifts That’ll Help Her Land Her Dream Job|Could the U.S. Be Doing More to Free Brittney Griner?|Spelling Bee Champ Zaila Avant-garde Shares Her Strategy for Success

The series opens with a bang.

“I said get down,” a voice commands. Then, two shots sound. As a truck pulls up and a man tries to check out the scene, the same voice orders him back in his vehicle.

While the scene seems all too real, audiences are quickly thrown for a loop when they realize a Black cop has killed an unarmed White teen, sending the community into a shake up.

Sure, the scenario is an anomaly and doesn’t reflect what has bruised the Black community for years, but FOX’s new series, Shots Fired is aiming to take it there and beyond.

Filmmaking duo Gina Prince-Bythewood and Reggie Rock Bythewood, whose producing and writing credits include A Different World, New York Undercover and Beyond the Lights, are the series’ creators and the pair always come equipped with enough twists and turns to keep viewers intrigued.

“[We flipped] the narrative for two reasons,” Prince-Bythewood begins. “One, it was an intro into this world that then brought us into the killing of a Black teen. It enables us to show the differences in the way the media, communities and the world looks at things like this based on race and how they’re treated differently.”

Bythewood adds, “We thought it was a great way to challenge perspectives and let another community experience what the Black community has experienced for so many years. We’re unapologetically idealistic in that we want to do work that creates change.”

Set in fictional Gate Station, North Carolina, Shots Fired is an explosive 10-episode event series that examines the criminal justice system after the tragic murders of two teens, one Black and one White. Navigating media attention, public debate and social unrest are special investigators Ashe Akino (Sanaa Lathan), an edgy cop with a troubled personal life, and Preston Terry (Stephan James), a well-accomplished prosecutor who gave up sports with hopes “to change the world.”

At the center of the shooting of the White teenager is Deputy Joshua Beck (Mack Wilds), a husband and father, and the only Black officer on the city’s police force. Not only is his peace of mind rocked after shooting the teen, but after a video surfaces of his post-academy graduation declaring, “Finally got my license to shoot these crackers,” he’s on the verge of losing it all.

Beck’s troubles also crash into his home-front, where he’s a husband and the father of two young Black boys. Of this position, Wilds analyzes, “I think that, as with anybody who goes through a traumatic experience, it gets to a place where you try to stay strong, especially because these are young boys and young Black boys. You want to be superman, the biggest figure in their mind but when something like this happens and that [shifts] your armor, you try to cover it as much as possible but, you know, eventually all weaknesses get shown.”

Prince-Bythewood notes, “Not only did we want to deal with these shootings of unarmed Black men and women that has really become the civil rights issue of today, but we also deal with the cycle of poverty.”

When creating, the Bythewoods always have one goal in mind: Entertain but have something to say.

To make it happen, they set out to create truly authentic characters by seeking inspiration from the Black Lives Matter movement and speaking with the reps from the Police Athletic League, Wanda Johnson (mother of Oscar Grant, who was murdered at the hands of transit police in 2009), and former Attorney General Eric Holder.

More than a TV show, Shots Fired aims to be part of the ongoing conversation around race and policing.

“[I’m] just literally praying that what we do, doesn’t fall on deaf ears,” Wilds expresses.

Lathan adds, “It’s almost eerie how this is such a mirror of our times. There’s so many people who are just straight in denial of the racially charged horrors that are going on in our country everyday. I hope [Shots Fired] can give them a reality check and bring a little more compassion into their hearts.”

*Clip Bonus: Aisha Hinds, who stars as Pastor Janae James discusses the emotional impact that bringing real-life scenarios to the screen had on the cast and crew while filming the chilling series. 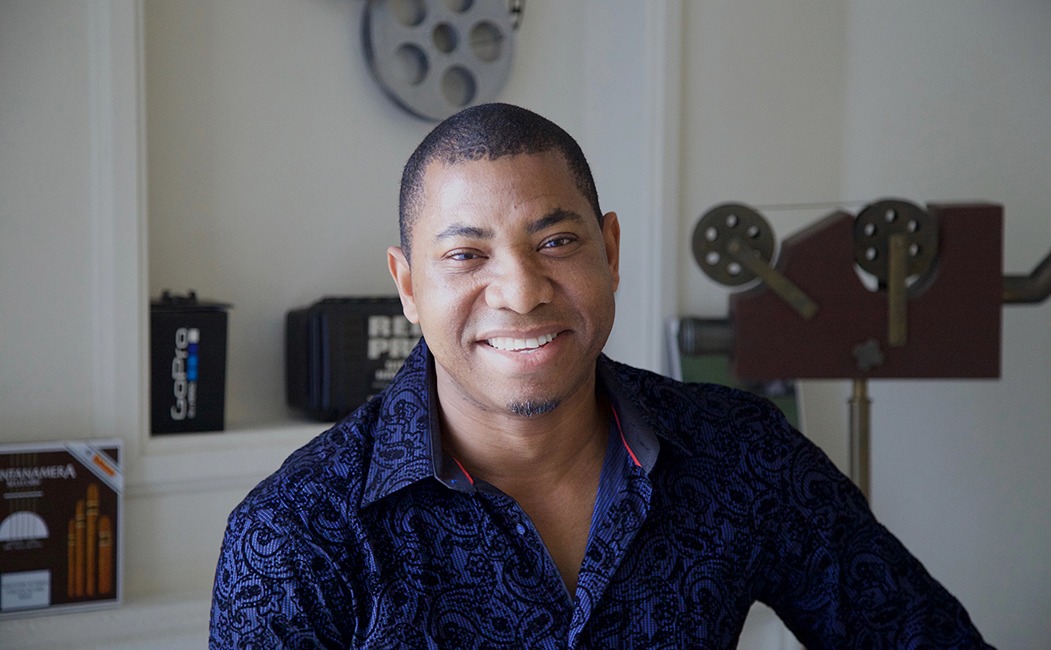