It’s a pretty safe bet that 2015 was the year notable personalities didn’t bite their tongues when they got dissed. Celebrities took to social media to make their feelings known when shade was thrown their way, but even the Commander-in-Chief got a little snarky as well. So we’ve captured some of the best clapback moments of the year for you to look through.

10. Spike Lee vs Chance the Rapper (and Chicago?)

CHI-RAQ Trailer from 40 Acres and a Mule Filmworks on Vimeo.

You don’t do any work with the children of Chicago, You don’t live here, you’ve never watched someone die here. Don’t tell me to be calm

GUYS!! You got Bad Blood nominated for Video of the Year at the VMA’s!! Vote here pleeeeease? https://t.co/IcQyWxJfKC

But rapper Nicki Minaj throws a flag on the play and accuses MTV of discrimination: 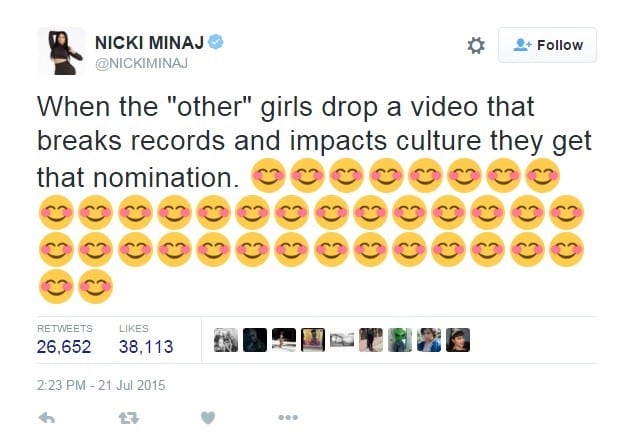 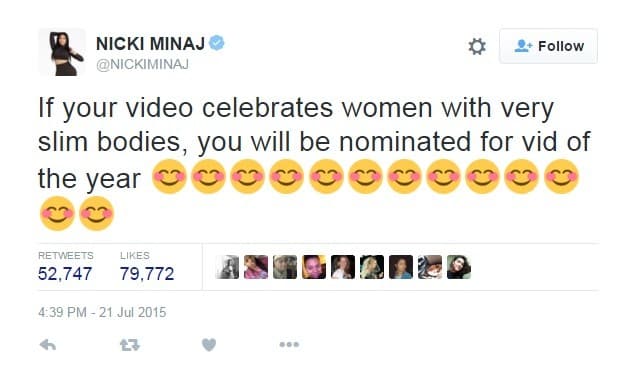 Taylor swiftly claps back at Nicki: 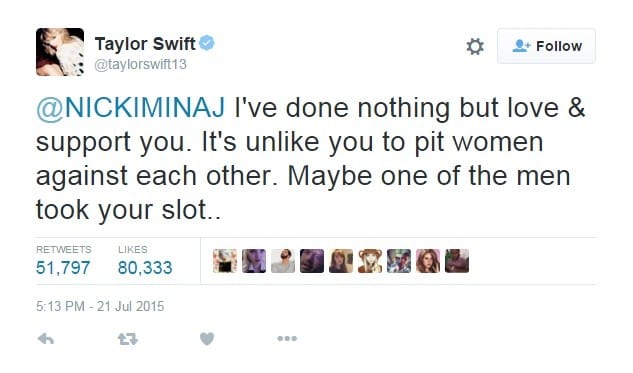 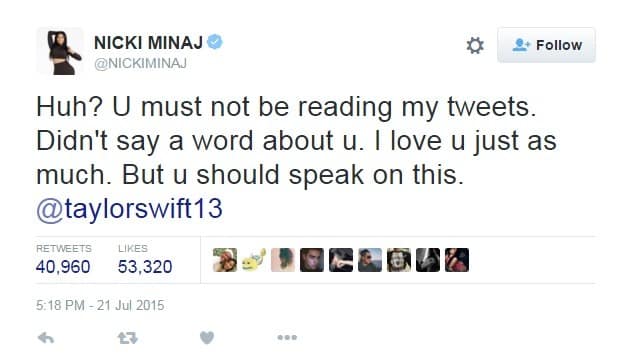 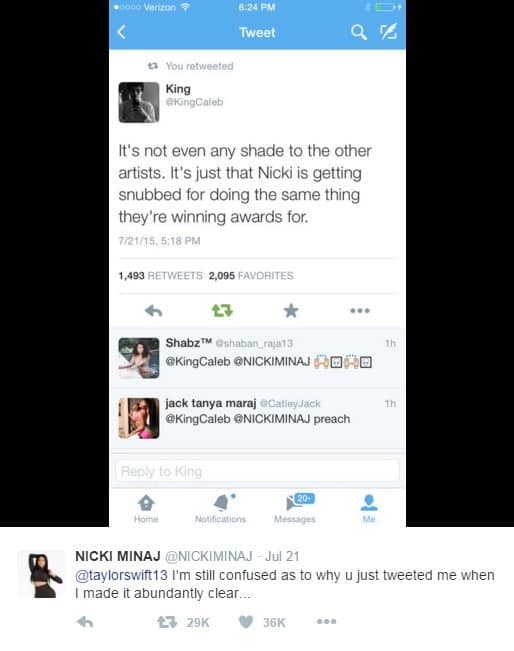 Taylor tries to smooth it out by inviting Nicki on stage:

Needing to aim somewhere, Nicki calls out the media for misconstruing her tweets: 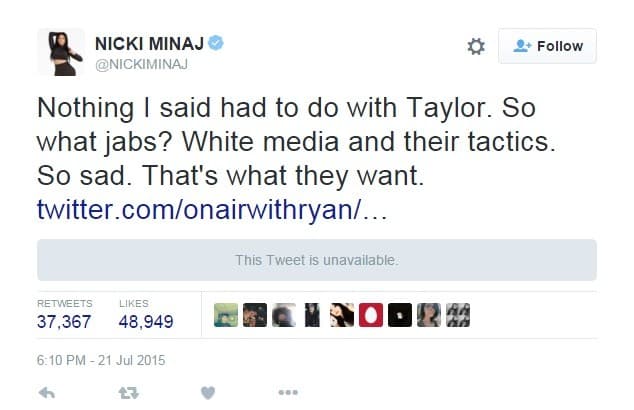 Taylor is silent for an entire day and a half until she finally tweets this apology: 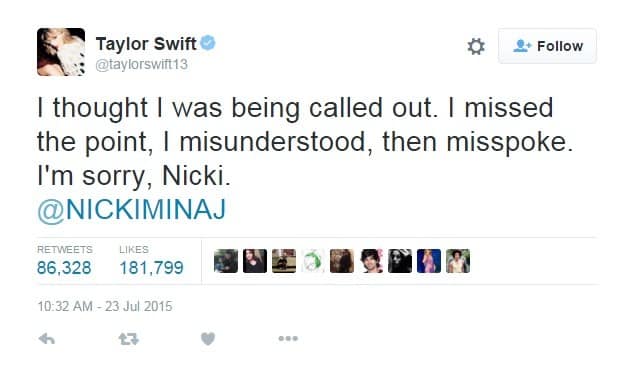 and gives her mad respect: 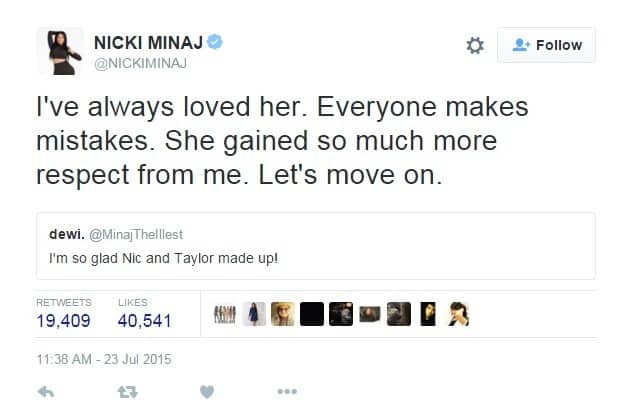 Mr. President had to check someone for interrupting one of his speeches:

He says “I’m fine with a few hecklers, but not up in the House…” Let ‘em know POTUS, let ‘em know.

Wale’s fans weren’t happy about him not receiving the rap album category nomination for the Grammys, so he takes a shot at someone who was nominated, Kendrick Lamar:

Fan says they should tour together, but Wale feels some shade: 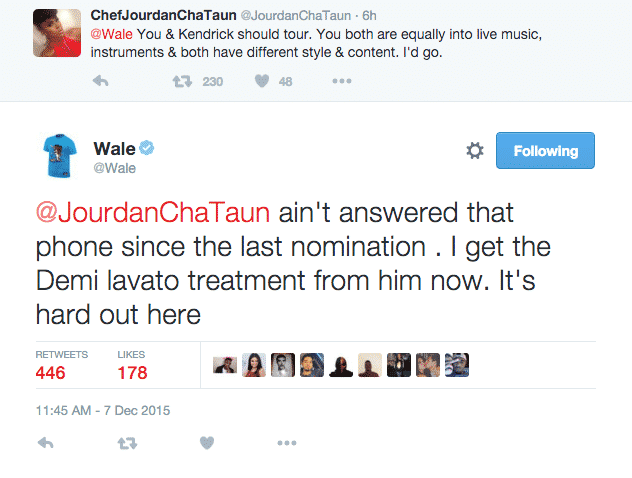 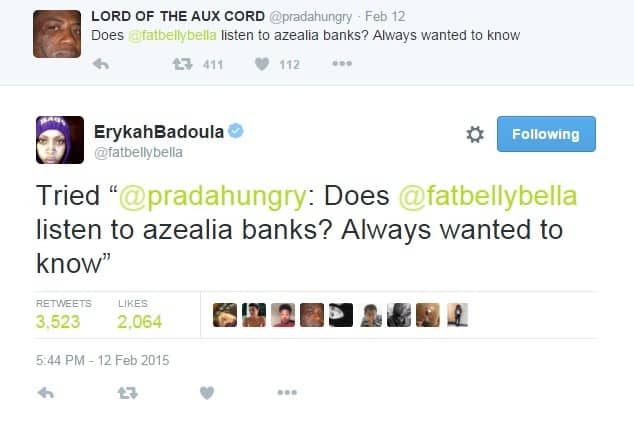 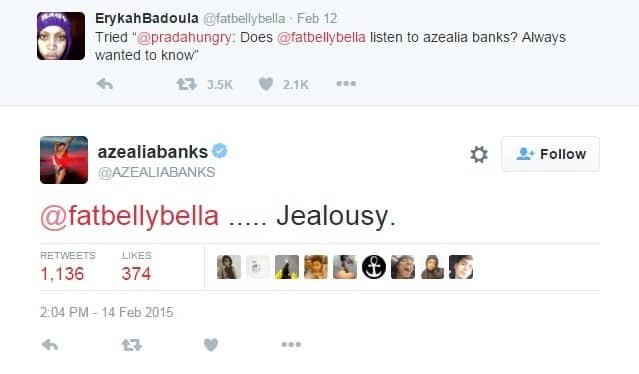 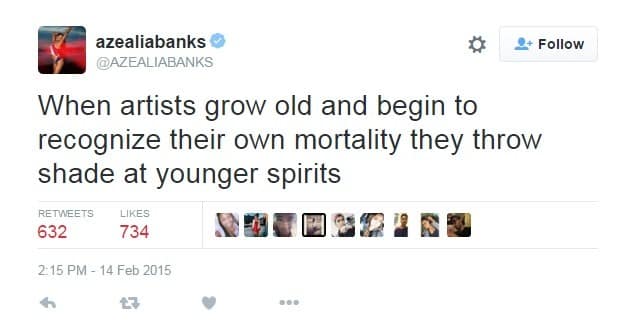 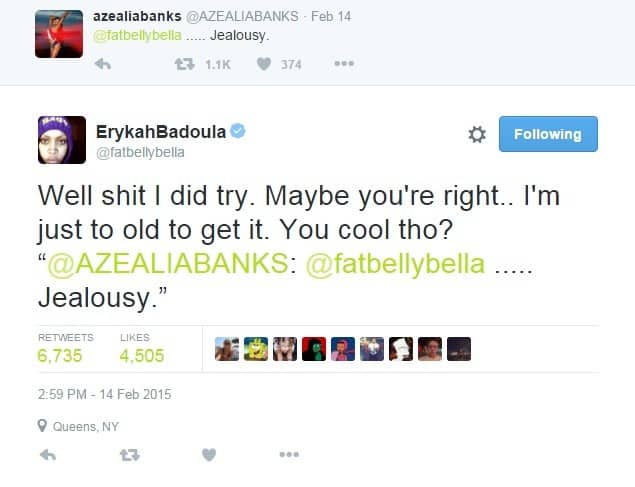 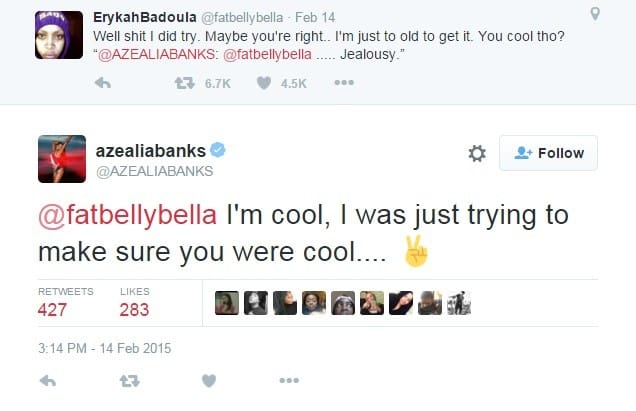 Then a fan catches Erykah’s location, Azealia is still in clapback mode: 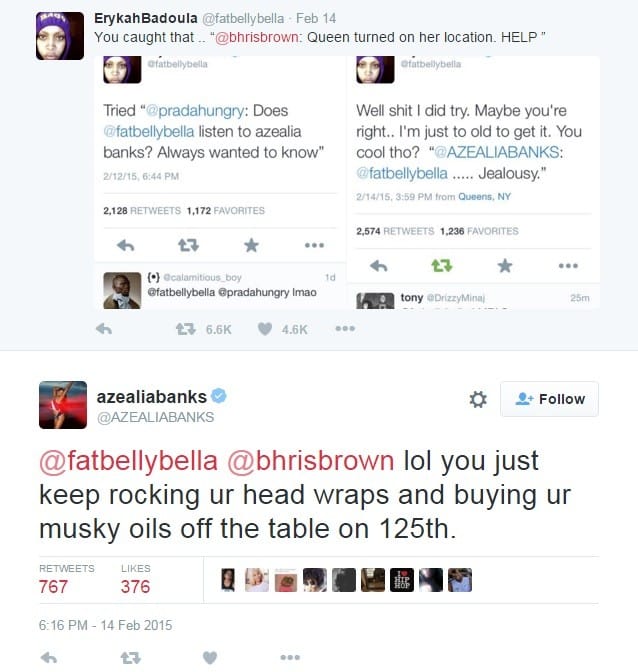 Erykah claps back AGAIN with this meme: 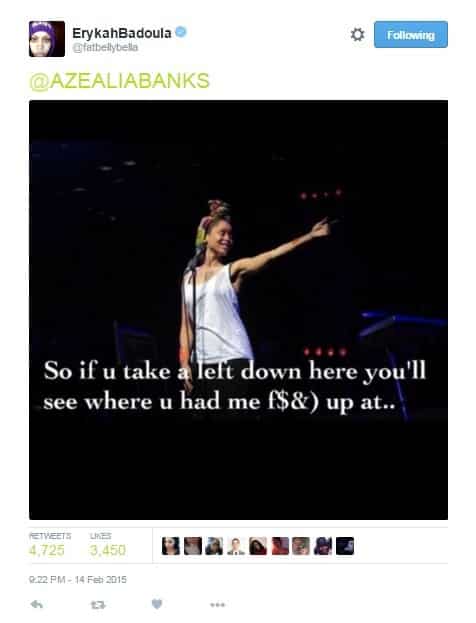 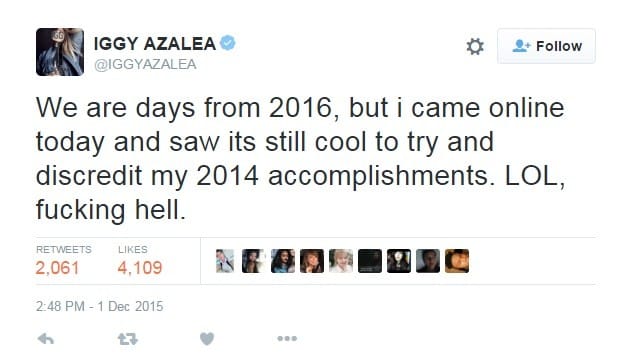 We all remember this not-so flattering performance by TGT in 2013:

Tyrese apparently has had enough and goes on instagram to announce the break up of TGT: 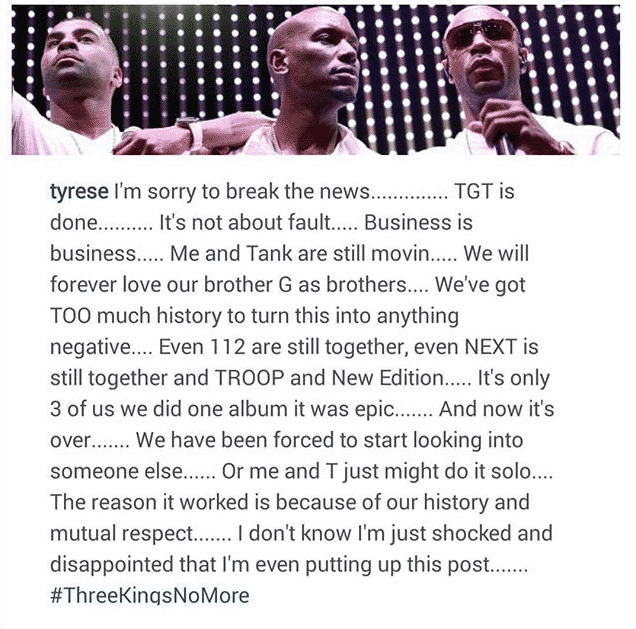 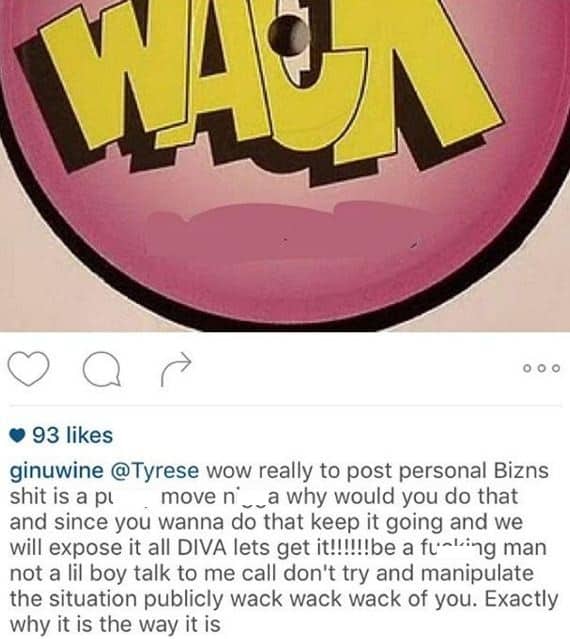 Meanwhile, Tank says he’s better off by himself:

The President wasn’t having it when it comes to people talking about his staff:

So President #Obama just said & I quote..”If folks wanna pop off…” Yea, He Fed up. My Monday has been made. https://t.co/v7t2p2FfnP

In a random rant, Meek Mill decides to do a little bit of name-dropping: 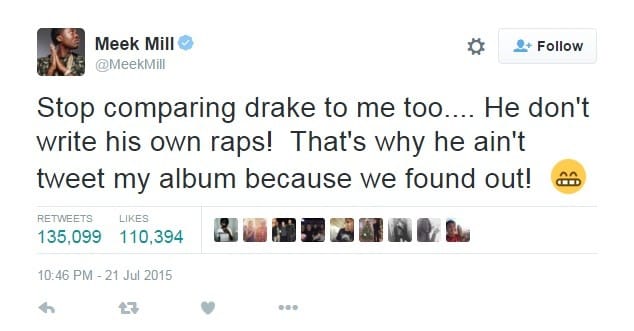 Drake is silent for 4 days. Then he releases this:

Drake obviously couldn’t wait for Meek Mill to respond with his rhymes, so he drops this bomb:

And gets a Grammy nomination for his efforts.

We can honestly say that the President kicked off this year of clapbacks when he said this: