‘Atlanta’ Opens Up Conversations About Mental Health and Incarceration

Recently, I was watching an episode of FX’s new hit comedy Atlanta when a conversation between Earn (Donald Glover) and Darius (Keith Stanfield) struck me.

“I’m poor. Poor people don’t have time for investments because poor people are too busy trying not to be poor. I need to eat today,” Earn says.

Since the first day it premiered, Atlanta has given us authenticity, humor and subtle nods to our culture. From watching a beautiful Black women start her morning routine by taking out her bantu knots, to depicting that feeling you get in your stomach when its “pay day” and you’re still broke, Atlanta is never short on brilliantly acted, yet familiar, scenarios.

While Atlanta is downright hilarious—I mean, who doesn’t know a friend who you would randomly ask to measure your tree?—it also tells stories that are often ignored and far too complicated to unpack within a 30-minute time slot.

In one episode, Glover’s character Earn was arrested and detained in a local jail. The scene introduced us to an inmate who was labeled as “crazy” by other men in the jail. The character, whose outrageous behavior included drinking urine from a toilet, was identified as “a regular” by another inmate. This scene was probably meant to be funny, but the gravity of that reality was far too heavy.

The connection between mental health issues in the Black community and incarceration is staggering. In fact, the Huffington Post reported last year, the “rate of mental illness inside jails is four to six times higher than on the outside.” And with Black folks more likely to find themselves incarcerated than other groups, many of our brothers and sisters who struggle with mental health challenges find themselves behind bars where they do not receive proper treatment.

To unpack this topic and explore the connection between incarceration and mental illness, EBONY.com spoke with Jacqueline Dawson, a Licensed Mental Health Counselor who has been practicing for 14 years.

EBONY: How common is it to see Black men and women with clear mental health struggles in jails and in prisons as opposed to treatment facilities?

Jacqueline Dawson: It’s very common. I’ve practiced in jails, prisons and mental health community based treatment centers. Even when an individual was arrested for the same charge, one person will be sentenced to time in jail (or prison) and the other ordered to complete a certain amount of time in a mental health community based treatment center. The population in the treatment center is different from jails and prisons. In the treatment centers I worked at about five-percent of the clients were Black. Often times the only other Black person in the room was me. Conversely, the demographics (within the same Florida County) is vastly different in jails and prisons. In the jail (or prison), the mental health unit about 75 percent of the inmates are Black.

EBONY: What are some of the factors that lead to this discrepancy? Also, are people with presenting mental health struggles often arrested?

Dawson: Some of the factors that lead to an increase in arrest for people with mental struggles include lack of training by police officers. For example, when the police arrive on a scene and let’s say a person has manic bipolar disorder, more than likely this person could appear “overly hyper.” Or perhaps this person is in a manic state. An untrained eye may misread their symptoms and possibly treat them with too much force.

Typically, if the individual in the manic state is a non-person of color the officer on the scene will pursue other options…like calling a mobile crisis unit to assist them. When the person presenting these same symptoms are Black the officer typically dismisses them as “dangerous and crazy” and they are arrested and detained at the county jail. This isn’t a new scenario. I’ve witnessed this first hand for 14 years.

EBONY: But that’s on the level of arrest with untrained officers. How does this still persist on the sentencing levels?

Dawson: In most cases Black people do not receive the same leniency from a judge as non-people of color. Again, this is true even when the symptoms and the charges have been identical. Black men and women are sentenced to jail and others are ordered to get treatment in community programs. They also get far more second, third, fourth and fifth chances. It’s almost as if when it’s a Black person the thought process is “you have issues” you need to be locked up. When the person is White the thought process appears to be, oh you need help.

EBONY: Frankly, are we treating mental health with jail sentences when it comes to people of color?

EBONY: How does the mental health stigma in Black community play into this?

Dawson: Sometimes when we see these problems we often want to “pray it away.” We send him to church and not a therapist. We never get him help because we can’t admit that something is wrong with our uncle. We have people walking around now that won’t get help. It’s not uncommon for people to think, I’m a Black man what do I look like telling some stranger I hear voices? I have to deal with my own problems. Then the symptoms present themselves and the person is arrested.

Let’s be honest, sometimes being arrested is the least of what can happen when Black people are stopped by an officer. Plus, we are forgetting that jails and prisons are already traumatic experiences. When you factor that into an already untreated mental health illness, the person is bound to be in a worse state.

EBONY: How does this impact their family and community?

Dawson: When they return to the community they often have difficulty maintaining a job and are unable to support themselves. Often times this responsibility falls on the family. The community also suffers because most times these individuals commit another crime due to lack of income.

EBONY: This election season we heard a great deal about prison reform, but not specifically in relation to the connection with mental illness. Do you think this will be prioritized (regardless of who wins)?

Dawson:Its hard to say. It’s a lot to unpack…part of addressing that would require us unpacking how mental illness specifically impacts Black people.

EBONY: Since we don’t If we can expect much help on the macro level, what can we do on a micro level?

Dawson: We have to educate ourselves on mental illness and where the resources are in our community. My hope is that we will understand that in our community mental health issues can lead to arrest and not treatment. As a community and family we have to educate ourselves on how the symptoms present themselves. I hope this education also extends to our clergy and when an individual has mental health struggles they can reach out to the local professionals.

As Atlanta grows in popularity, let’s hope the show continues to stimulate conversations that could lead to real change in our communities. 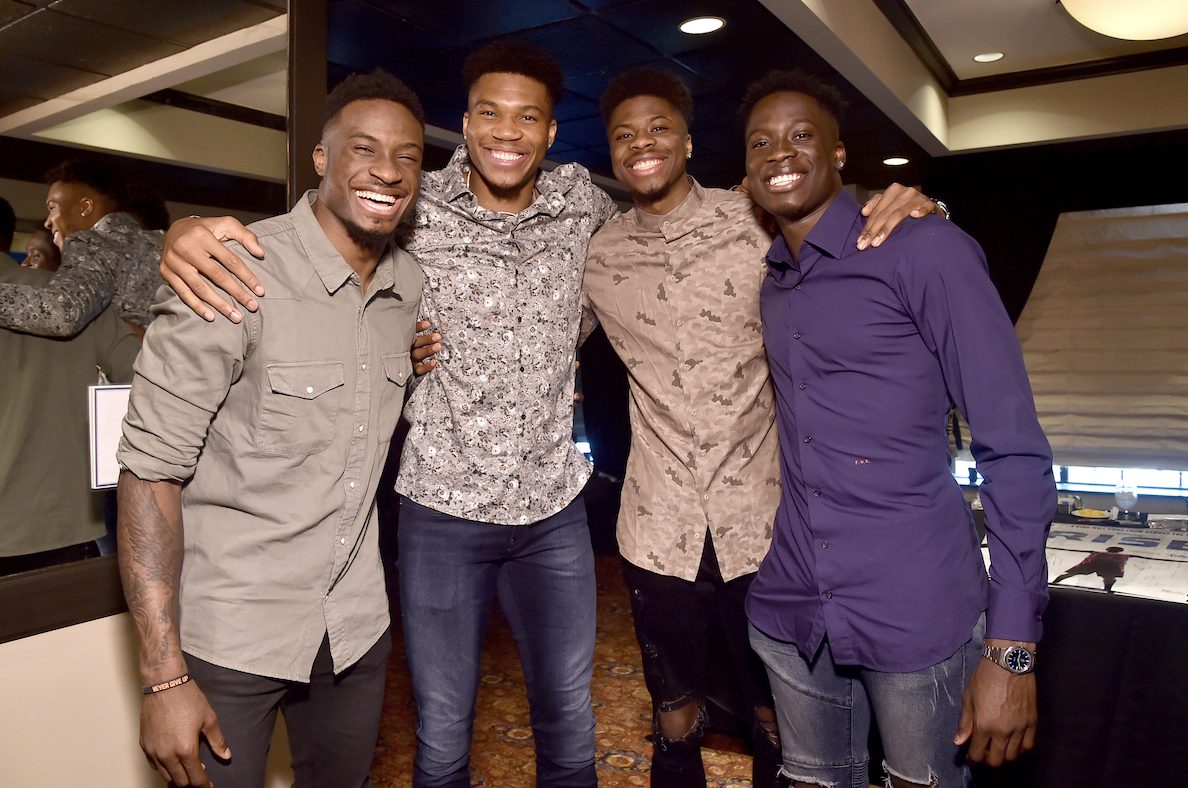 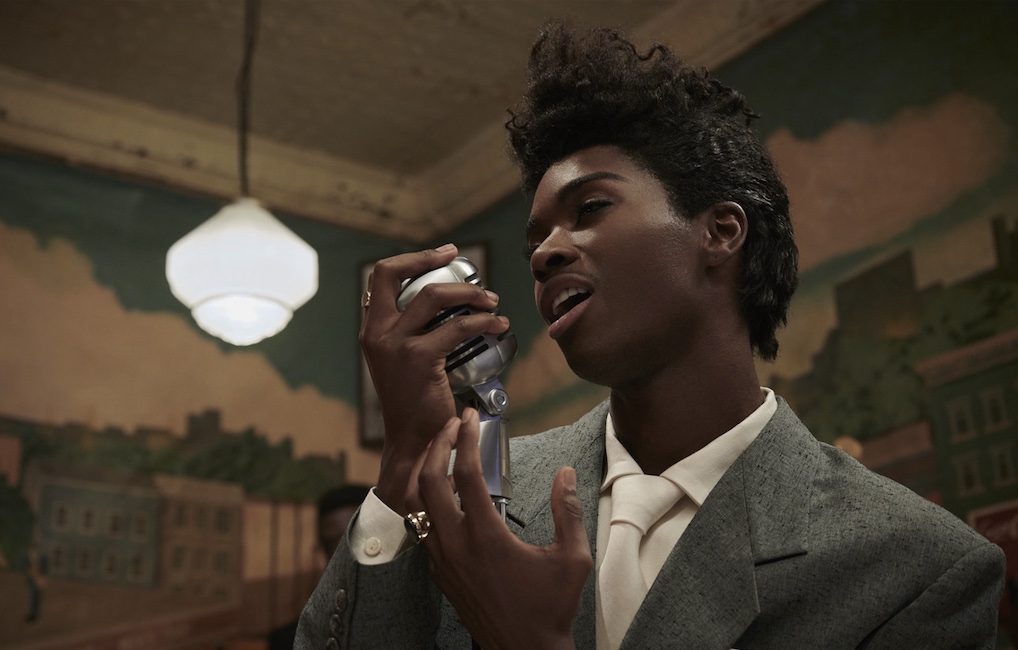