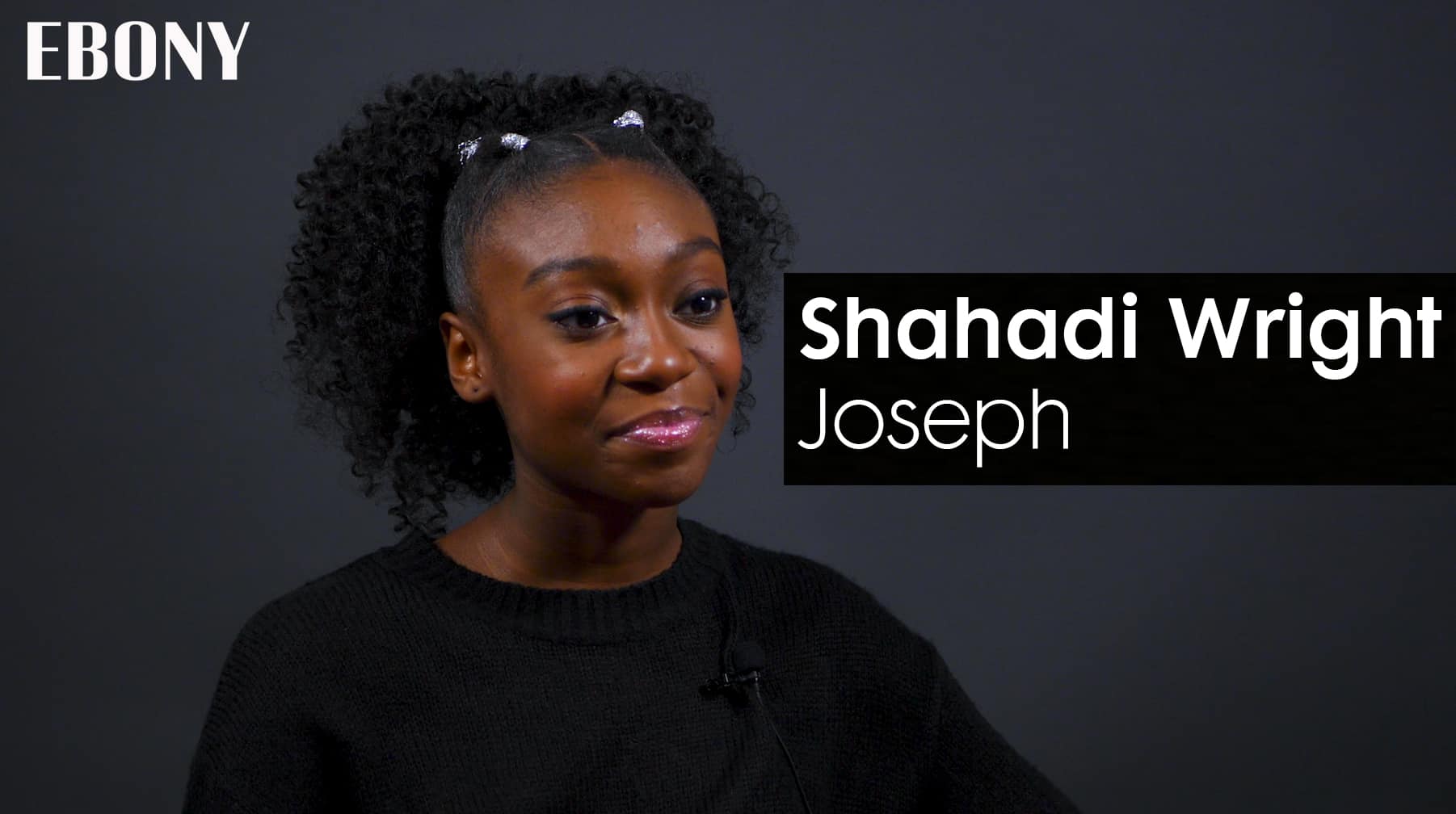 Actress Shahadi Wright Joseph recently spoke to EBONY about her role in Jordan Peele’s Us, representation and her transition from Broadway to the big screen.

“I started acting when I was about 9,” the young star said. “I got an audition for The Lion King on Broadway, and I booked that. I just kept going with Broadway, musical theater and then I got into The Lion King remake, which is coming out July 19. Now we’re here at Us.”

Joseph, 13, reprised her Broadway role as young Nala for Disney’s 2019 live-action adaption of its 1994 classic film. The voiceover work was much different than her experience for Peele’s Get Out follow-up.

“It is kind of challenging,” she said about playing a good and evil role in the feature film. “I think all of the cast members portrayed their characters really well, and it was so great seeing the finished product at the premiere. It was really spectacular hearing everybody’s reaction.”

The 13-year old is in the film’s cast alongside Lupita Nyong’o, Winston Duke and Evan Alex as a Black family terrorized by their doppelgängers.  Meeting the Black Panther stars was “nerve-racking” for the teen, but they eventually developed a familial bond, which is evidenced by their on-screen chemistry.

Although Us is rated-R, Joseph revealed that her parents welcomed her being apart of the movie because the role was a great stepping stone into Hollywood.

“It’s a really good role to get started into the film industry,” the young actress stated. “Especially a horror movie nonetheless – the most anticipated horror movie. That was kind of crazy going from musical theater and switching to horror pretty quickly. It was such a fantastic experience.”

Us is filled with numerous motifs, but Joseph said, “The movie is really that we are our own enemy.” An inference she came to well after filming because she was too nervous to ask the director what it meant.

“I felt like I was too far into shooting to really ask him,” she clarified. “[Peele] explained it to everybody at SXSW when he said, ‘We as a people are kind of scared of the other, so sometimes we need to just look at ourselves and see that we are the monster.’”

A highlight of the nearly two-hour film was the casting of a Black family as the lead characters, which isn’t typical in the horror genre. That form of representation was not lost on the 13-year-old who donned a “Black Girl Magic” shirt at Rolling Stone’s Women Shaping the Future brunch in New York City on March 20.

“It’s the spectacular things that us Black girls accomplish,” Joseph said about the catchphrase. “I guess it means a lot about our intelligence, our beauty and stuff like that.”

“I think representation is so important, for young Black boys and girls,” she said in conclusion. “It’s great that this film really showcases a beautiful dark-skinned family because we really don’t get a lot of that unfortunately. I think Jordan really represented us correctly.”

Us is now in theaters.

In this article:Jordan Peele, Shahadi Wright Joseph, US