Menu
|Michael Jordan’s Sneakers From His Rookie Season Sold at Auction for Record $1.47 Million|Tsitsi Dangarembga Becomes the First Black Woman to Win Peace Prize of the German Book Trade|Drake Partners With the Ultimate Rap League to Launch Rap Battle Event ‘Til Death Do Us Part’|‘Colin in Black & White’: How a Cultural Icon and Agent of Social Change Is Created|Dr. Wendy Osefo Explains How Misogyny Took Center Stage This Season On ‘Real Housewives of Potomac’|Yvonne Orji Is Illuminating Black Women on Triple-Negative Breast Cancer’s Disproportionate Impact on Our Community|Sudan’s Military Ends Transitional Government in Coup|NBA Expands Commitment to HBCUs by Advancing Opportunites Across All 107 Schools|Anti-Vax Crowd Storms Barclays Center in Support of Kyrie Irving|Huey P. Newton Honored With Statue Commemorating the 55th Anniversary of the Black Panther Party
Epic Black Image 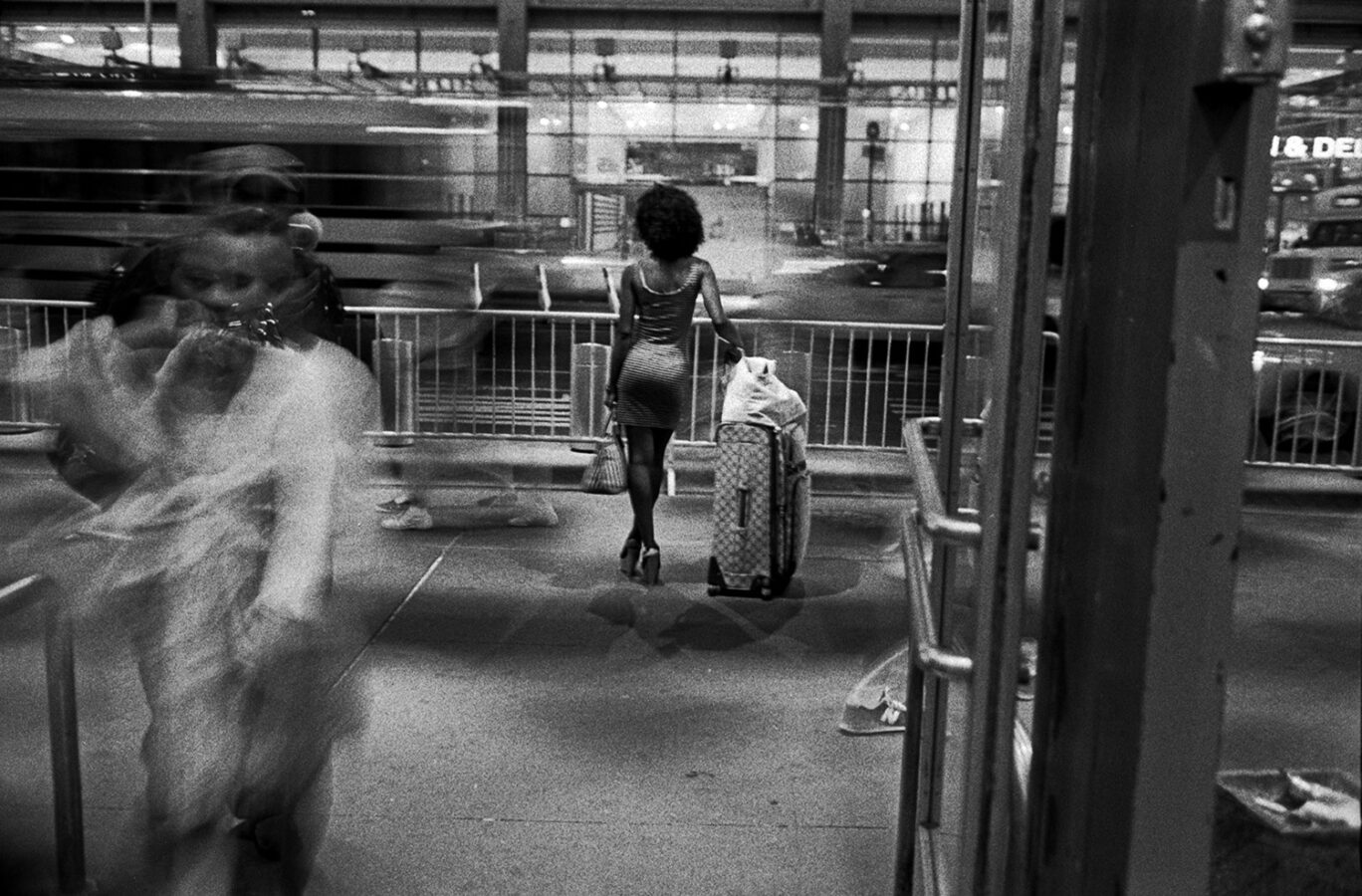 The beauty, the influence of photography, is critical. Images form the mindset. It’s not only about how others see you, although there’s certainly that. Photography, is also about how the one sees themselves.

Jules Allen, photographer and college professor of 40 years was photographed at 18 years old. Seeing himself repetitively on a contact sheet, he recalls, “You’re talking about tapping into a young man’s vanity?” Cameras and film development were an enigma to young Jules. He asked the photographer how she created the images. Introducing Allen to the magic of the darkroom, he was smitten.

Following his muse, Allen took classes and started shooting seriously at 21. “I grew up learning to see,” he relishes. Coming from a visually-oriented family, “I’m the ultimate voyeur and tourist. I can gaze all day long. My parents were people who editorialized about everything. They were very smart people. My parents listened to jazz, they subscribed to EBONY, Esquire, GQ and Playboy…all displayed on the living room table.”

Like his inspirations Gordon Parks and Beauford Smith, he notes, “Shooting in Black & White, I’m removed from the image emotionally. It’s abstract and I think intellectually about it.” However, he does shoot in color for commissioned work. The artist has shot over 50 albums, including Public Enemy’s Fear of a Black Planet and Slick Rick’s The Ruler’s Back.

Rhythmology, Good Lookin’ Out and Marching Bands are three of several books, the lensman has under his belt.

For Marching Bands, he traveled the States photographing HBCU bands as well as the Bud Biliken Parade in Chicago—the largest African American parade in the country.

The resonance of Allen’s work inspires a term coined by writer Joèl Leon:

Afro-normalism (ahf-roe nörm/a-leišm): the art of capturing, depicting and celebrating Black people doing things that are considered mundane and ordinary.

In Allen’s Afro-normalist projections, it’s a woman on a payphone in Brooklyn, another waiting on a train in Penn Station or two afroed brothers looking out, perhaps, at something good. Capturing his subjects from behind, he contains the mystery of their story, gracefully leaving the narrative to imagination of the viewer.

The photographer finds this description gratifying to his epic work. “Afro-normalism?? I like that term!” Allen exclaims. “That’s closest anyone has come to defining how I photograph.”

To view more of Allen’s work, go to julesallenphotography.