For over 17 years, Ice-T has been a staple on our television screens as Detective Fin Tutuola on the long-running serial drama, Law and Order: Special Victims Unit. His work in film and television often overshadows his iconic music career which began in South Central, Los Angeles in the 1980’s.

With a career stretching across three decades, it’s important for Ice — who at various points in his life has been a pimp, bank robber, DJ, army officer, con-man, award-winning actor and producer to take a look back. TV One’s documentary series Unsung gave him the opportunity to reflect on everything— even some of the more difficult moments. “When you do an Unsung they do interviews with you, and then they do their own research because they want it all to be true, ” Ice-T explains. “I think they did a really good job. I don’t think it’s painful. It’s just what it is. It happened so long ago, and I landed on my feet. I’m in a good place right now, so I’m very happy with how they put the show together. I’m proud of it.”

There would be no N.W.A. without Ice-T’s “6 In The Mornin” and “Colors” which helped put gangsta rap and the West Coast on the map. This was at a time when violence, drug abuse and police brutality were running rampant in urban America. For Ice, it has always been about sharing the platform with others who had those same experiences. “At the time Ice-T was Ice-T. We were all good friends. I was so happy to have some help when I was on the West Coast yelling my brains out about the thing,” he reflects. “Me and Ice Cube are best friends. So, it was one of them things where it was just more power at the time. Of course, when you look back, I’m ancient history. They’re old history, and I’m ancient,” he says laughing. “Everybody in hip-hop, real hip hop, they know who broke down the walls early in the game, and I got all the respect that I have ever wanted from it. So, I don’t feel any way about it.”

In the early ’90s two of Ice-T’s albums, O.G. Original Gangster and his rock album Body Count with his heavy metal band of the same name shifted the course of his career dramatically. O.G., Ice’s fourth solo album would define gangster rap, but in 1992 with the release of Body Count’s single “Cop Killer” on the eve of the Rodney King verdict would send the music industry and the nation into a tailspin. With pressure from Time Warner Music and personal threats on his life, Ice eventually pulled “Cop Killer” off the album. It’s a decision that he still thinks about today, but he also says he would do the same. “I pulled it off— not out of weakness. I just knew they were trying to pigeonhole me at the time, and their argument was I did it for money, ” he remembers. “So, I was like you know what, I’ll take the record off the album. Sometimes you got to know are you going to fight this war right now and just go down with the ship and it be the end of you, or do you pull and retreat and return with superior firepower? So, it was a strategic move. Warner Brothers was in big trouble. I tried to man up and play my cards correctly, and I’m still here today, and the record still stands. Chuck D said, ‘Those who aren’t in the war shouldn’t comment on the battles.’ So, sometimes you have to say are we going to fight this one out or are we going to pull out and come back and hit them again later? You know what I’m saying?”

In the present day Black Lives Matter movement, the Black community has continued to speak out against police brutality. It is interesting to consider the backlash against “Cop Killer” had the song been released today. “Cop Killer got caught up in some racist sh*t in itself, because ‘Cop Killer’ was a rock record it came from Body Count,” Ice recalls. “They called it a rap record so that right there was a way of saying it was Black music. They didn’t want to call it rock because they were trying to get a racial reaction to it back then. I don’t know if somebody dropped it right now in the days of social media how it would have hit. I think it’s more important that it came out 25 years ago letting people know that this thing that you all are dealing with today is not new. This is not new. Ice and them have been yelling about this for years. Now you have cameras, and you see it. So, I’ve been vindicated because a lot of people thought I was making this sh*t up. ”

Still, that doesn’t mean Ice-T would have made the same choices he made back in the day. “Would I make the record today? No, I’m not in that same place I was. I was young. I was right on the line of being that person getting beat like Rodney King,” he says. “It was all timing how things happened.” 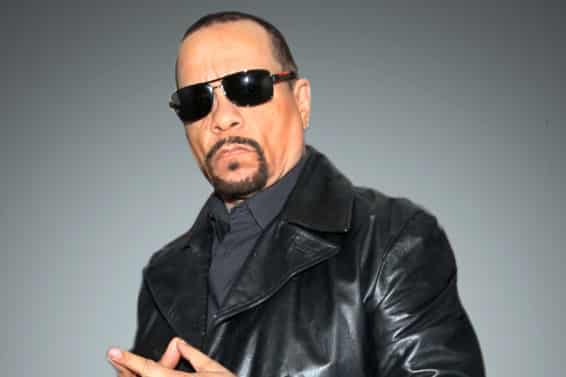 Though a younger generation will certainly recognize the 59-year old for his work on the big and small screens more than his music career, the Rhyme Pays MC has no qualms about the place that his versatile career has led him to. “You know what, at the end of the day I’m just an entertainer, and as the doors open I just walk through them, ” he reflects. “You just have to take these opportunities as they come. I’m just a human being like you, and I’m just trying to live life. I don’t even know if right now what you’re doing is where you planned on being. I mean, the music took me to film. Film took me to television [and] to movies. I’m fortunate ’cause I still get to do all of it. I’m just like I’m just an entertainer in whatever capacity even if I do a lecture I’m really just entertaining you all with my life.”

With such an expansive legacy, Ice notes that he wants his toddler daughter, Chanel Nicole to take away a few things from all that he’s accomplished in his life. “I always wanted to break boundaries. I wanted to be the first person to do things that people say couldn’t be done. Once I do something I get bored with it, ” he says. “Chuck D said Ice is the only person he knows that does things that totally jeopardizes his career to stay awake. I want her to be like there are no limits. Whatever they say can’t be done that means that’s your job. That’s what you’ve got to do. Just expand and don’t limit yourself. Just keep looking for new ways to do things. That’s the way you’re going to have a happy life. I’m a very happy person apart for that. When I started from nothing, I started zeroed out — orphaned. You can’t really start from lower than that. You know?”