What would happen if you candidly promoted yourself for 365 days? Well, we have the answer. Just kidding, Shameless Maya has the answer.

Maya Washington, best known as Shameless Maya is an actor, creative producer, photographer and Youtube SUPERSTAR. With a social following of over 875,000 on her channel and over 2 million monthly views, the savvy creative has the most positive comment section I have ever seen.

Tech talks, beauty, health, hair, relationships, travel and life hack videos are some of the amazing content you can find on Maya’s channel.

EBONY had the pleasure of speaking with Ms. Shameless Maya where she dropped knowledge about her platform, career alternatives, meeting Prince and much more. Check it out below!

EBONY: What prompted you to start documenting your life via YouTube?

Maya: It started when I was living in New York City. I had a friend ask me if I would consider posting videos. I just thought the idea was really tacky and shameless, but when I looked at my life, I’m like, “Girl, you really have no excuse to not be trying to be shameless, since you have nothing to lose.” It was a friend who planted the seed. Then in the whole process, I was questioning: YouTube is tacky, shameless, and I’m like, “Oh, well, if that’s the case, what would happen if you tried to do that?”

EBONY: You share a lot of your personal life with your fans and with complete strangers. Does that scare you at all, or have you always been a pretty open person?

Maya: No, I’ve been open with my friends and family, but not with strangers. Because I’m recording these videos, it started off in my home, I forget that people are watching and ingesting this. When I am sharing it, I forget that there are other people on the receiving end. When it comes to the people that I really care about that are close to me, I don’t ever want my friends or my family being attacked. I guess that would be my number one concern and fear, is just them having to deal with any kind of negativity.

I’ve been really fortunate. I’ve had actually the opposite reaction with YouTube. I have somehow managed to attract a bunch of really positive people, alarmingly so. When people come to my channel and they read the comments, or they come to my events, they’re like, “wow, you have a really positive group of people following you.” Because they’ve received me positively, I feel safe to share. I do draw the line on certain things.

EBONY: If you weren’t a digital superstar, what career do you think you would want to pursue?

EBONY: How did you land the opportunity to photograph Prince?

Maya: It’s random. I credit to my whole “shamelessness”. Putting yourself out there, and whatever that means for you. For me it was putting myself out there on YouTube, and Prince, as reclusive as he was, he was very much always online, always looking for talent, always looking for creators. He found me through YouTube. I asked him which video he watched first, and he never said. I like to believe it’s because he was going on a natural hair journey. That’s how most people find me. Then he went down the rabbit hole of, “Oh my gosh, she has lots of videos. Let me keep watching.”

Then he became a fan of my photography, and I was skeptical when he first reached out to me. His chief of staff reached out to me, and I was just  skeptical about the whole thing because I’m like, “uh, this man of power.” Even though he’s Prince, I’m very much like I don’t care if this is not professional. If this is some sort of, “Come fly out and be a part of my entourage,” I’m not interested. I was very hesitant. I pumped the brakes a lot. I didn’t want to do anything. Instead, he came out here for Coachella. He had an album listening party, and that’s when I met him for the first time. He really was a fan of my work. When I met him and he was talking about my photography and he pulled up my website, I’m like, “wow, I’m floored.” A lot of people don’t really know that about me because I don’t really put it out there, funny enough. He was genuinely a fan, so it allowed me to put my guard down, and then we were actually able to do photoshoots, just for his own personal use, nothing crazy. Then out of that he was just like, “oh, I want to use this for an album cover.” It wasn’t supposed to be an album cover. It was just me shooting him, like I always do.

To go from getting a little quarter section of a column to having my image take over Times Square and the rest of the world, I was like, “what on Earth!?” It was mind-blowing. I really credit it to being bold enough and shameless enough to step out and put yourself out there, and not allow your own insecurities to hold you back.

EBONY: Let’s go back to your 365, your shameless days, your self-promotion. What were the main takeaways that you learned about yourself after that year of promotion.

Maya: I learned that I have more than enough with where I’m at. I feel like a lot of people use the excuse, “I’ll start when I get this.” or, “I’ll do this once I’m better” or, “I’ll promote myself once I’m in better shape.” I realized those are just all excuses. Allowing those excuses to hold you back doesn’t do you any service. Wherever it is you are in your life, it’s so important to celebrate that, and just keep moving from where you are. Don’t wait for people, don’t wait for these excuses to go away. You have to start where you are. Then once you can prove to whoever you believe, God or the universe, that you can work with what you have, then you’ll be given more, but it’s so important to just start where you are.

EBONY: Why do you think people are so drawn to viewing your videos?

Maya: According to the comments, I feel that people watch because I am not ashamed to be myself.  Maybe I’m just not very centered when it comes to being with friends and a camera. I’m very much myself. Who I am on camera, is a part of me. It’s not all of me. I think people genuinely like that. “She can be strong but she can also be goofy. She’s just being honest and she’s being candidly herself.”

EBONY: What’s next for Shameless Maya? What big projects do you have going on?

Maya: I’ve been spending so much time in the lab, cooking up projects, that I put in-person meetings on the back burner. I will be going on tour to meet the people that helped me get to where I am. Also, I’m working on more produced content in the scripted world.  I do have a production company here in LA, that I have a staff of five people. We’re constantly working and building things. I want to see my production company grow and continue to create fun and inspiring content.

To learn more about Shameless Maya and get sucked down the pipeline of her amazing videos head to her website and Youtube channel.

Diahann “Dee” Williams is a photographer, writer, and Social Media Specialist for the EBONY brand. You can connect with her on Twitter & Instagram or DeexDee.com. 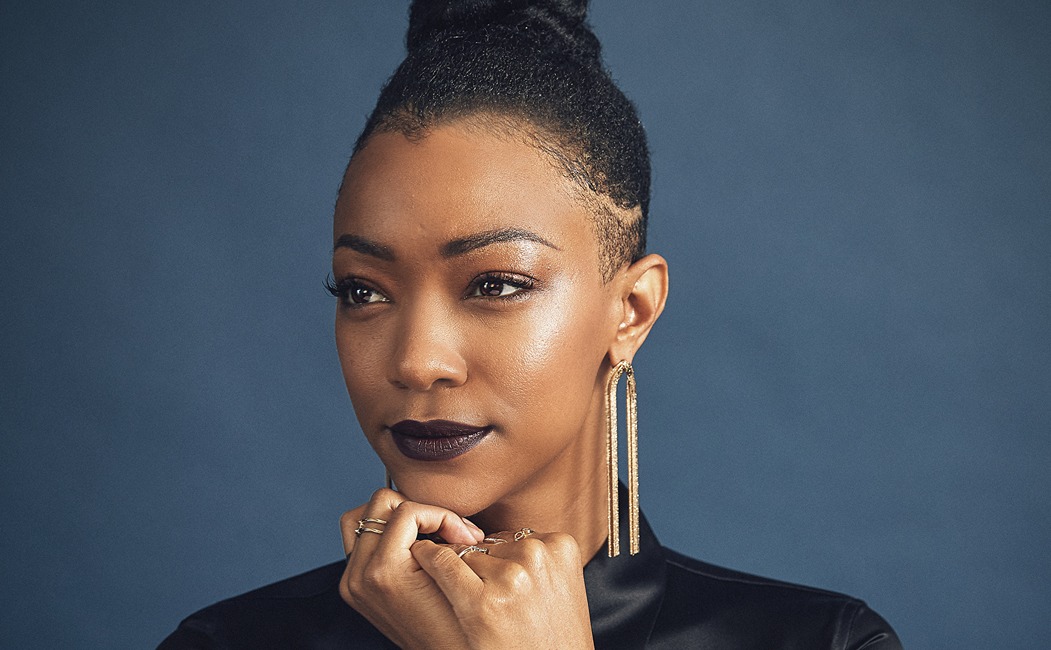