It appears things between producer and reality star Stevie J and R&B diva Faith Evans are more serious than anyone thought—the Bad Boy colleagues-turned-lovers have reportedly tied the knot!

TMZ initially reported that the musical couple filed for a marriage license Tuesday (June 17) in Las Vegas. While couples have a year to make it official after obtaining their license, an updated report indicates they have already sealed the deal.

According to the site, several guests confirmed that Faith became Mrs. Jordan in a hotel room Tuesday night around 10:30 p.m. PST. 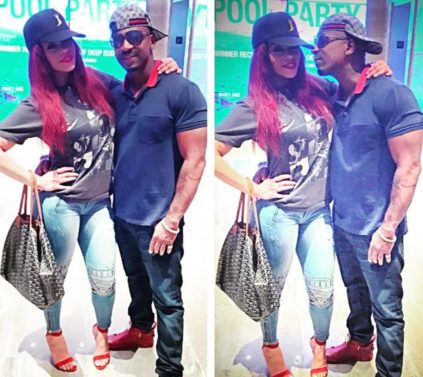 The Jordans dated during Season Two of VH1 reality show Leave it to Stevie but broke up shortly before filming wrapped. They clearly found their way back to each other and have made a lifelong commitment.