Ava DuVernay is on hell of a roll. While she didn’t take home an Oscar for her documentary, 13th, the director is still winning. Currently, she’s filming the upcoming Disney movie A Wrinkle in Time and her award-winning TV show, Queen Sugar, will be returning to TV screens this summer. By all measures, the filmmaker, and ARRAY founder, is having a pretty good year, and it’s only March.

Instead of just celebrating her own wins, DuVernay is using her platform to highlight other female directors. Through ARRAY, DuVernay’s film distribution company, she’s launched a Twitter takeover in honor of Women’s History Month to raise awareness about women in film and raise money to help get more of their stories out to the public. 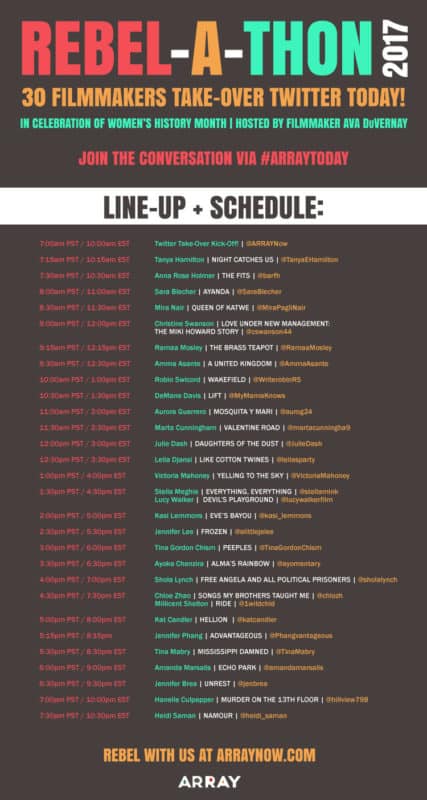 Join the Rebel-a-Thon on Twitter and visit the ARRAY site to become a supporting member.