Former Cosby Show actress Nicolle Rochelle was recently arrested after protesting topless outside of the courthouse where Bill Cosby is currently being re-tried for sexual assault. In a new interview, she breaks down her line of thinking, saying she very purposefully wanted to make Cosby “uncomfortable.”

“He’s a man who’s dis-empowered women’s bodies for decades. It doesn’t seem to be recognized,” Rochelle, 39, told PEOPLE. “The case is being publicized with this narrative of race. He’s being painted as the victim. I wanted to emphasize that this is about rape. I wanted to make him uncomfortable and to make people think about women’s bodies.”

Rochelle occasionally appeared on The Cosby Show between the ages of 11 and 13. 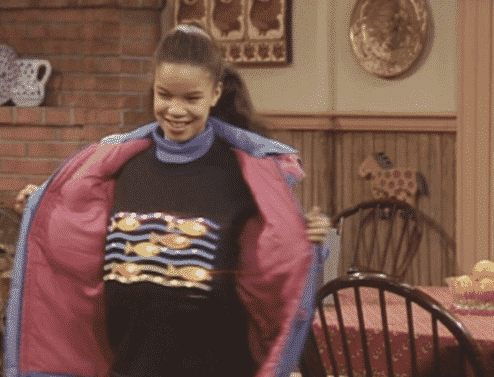 “People are like why is she naked? I hope this causes people to engage more,” Rochelle told the publication. “Of course, I have no idea what Bill Cosby was thinking but I would hope that he stops for a minute and think about his own truth. At the moment, 61 women aren’t allowed to testify against him. That’s pretty appalling. The very least I could do is lend my body to this cause.”

She admits that Cosby never treated her inappropriately during their sparse days on set together, but believes she could have easily become one of his accused victims.

“The protest wasn’t about me knowing him, but there’s a part of me that feels betrayed because I can understand what the victims were feeling. Like, that could have been me, I could’ve undergone the abuse as well.”