This story was originally published February 24, 2014.

Black America’s most eminent historian Dr. John Hope Franklin often told his students that the past is prologue to the future. His message was essentially a lesson for all of us to examine our history and connect it to our present day lives. Using his aphorism as the method for my research to write my first novel Fires of Greenwood: The Tulsa Riots of 1921, I found that there are many similarities between the successes of Black Americans in the business world today and the accomplishments of an earlier generation in what became known as Black Wall Street.  Though the White rioters’ envy and terrorism of the Black Mecca in Tulsa claimed 300 Black lives and left 9,000 others homeless, out of the Greenwood area of Tulsa emerged a great legacy of success. Today, businessmen and women walk in the shadow of those early pioneers who, only fifty years after emancipation, built a self-sustaining community.

Before there was influential community leader Herman J. Russell, one of the most successful businessmen in Atlanta, Georgia, there was O. W. Gurley, also a very successful businessman and a community leader of Tulsa in 1921.  Gurley was considered a pioneer who first opened a grocery store in 1905 to service the Black community. Gurley then bought tracts of undeveloped land and constructed homes for sale and rent to Blacks migrating to Tulsa from the Deep South. He ultimately built one of the finest hotels in the city. Dr. W.E.B. Du Bois stayed at his hotel when he visited there in 1921.

Before there was R. Donohue Peeples, owner of the Royal Palm Crowne Plaza, the second largest hotel on South Beach in Miami, Florida, there was John B. Stradford, who built the luxurious 54-room Stradford Hotel, considered at the time, the finest Black owned hotel in the country.  Stradford also owned fifteen rental houses and an apartment building. He believed that if Blacks pooled their resources and spent within their community, they could become self-sufficient and thus achieve some independence.  Stradford’s strategy was so successful that he became the richest Black man in Tulsa.  There is no question if the White rioters hadn’t destroyed all of his property, he probably would have left a substantial fortune to his children and grandchildren. Instead, after the riot, he had to flee the city and ended up in Chicago where he died a disappointed man in 1935.

Before there was Lisa Price, the proud founder of Carol’s Daughter, a $50 million business featuring beauty products, for more than twenty years, there was Mabel Little, owner of Little Rose Beauty Salon, located right in the heart of the business district in Greenwood. Just as Lisa Price started out with a meager amount of investment money, so did Mabel. When she left Boley, Oklahoma for Tulsa, she had a total of one dollar and fifty cents in her pocket. For the first few years, Mabel cleaned motel rooms and saved her money. By 1915, she started washing, straightening and waving hair, a skill she learned from her aunt. Soon, her shop was filled with customers, especially on Thursdays, because that night was “Maid’s Night Out” in Greenwood. All the young ladies who worked in White homes during the week, looked forward to Thursday night when they could strut their stuff down Greenwood Avenue. Mabel made it much easier for them when they climbed into her chair to get her magic touch. She lost her beauty parlor, her and her husband’s restaurant next door and some rental property as a result of the White riots.

Before there was the extraordinarily successful couple, Alex and Feysen Lodde, owners of the nation’s largest transportation contracting firm, there was John and Loula Williams. The Williamses were early pioneers in the Greenwood business community. John Williams was an exceptionally skilled mechanic and White customers brought their vehicles to his shop to be serviced.  From the profits made at the auto shop, the couple constructed a three-story building with a popular confectionery on the street level, residential quarters on the second floor, and rented the third floor to attorneys. The Williams Confectionery became the most popular hang out for the young, and it was believed there were more proposals for marriage that happened at the popular soda fountain than any other place in the city. Right next to the confectionery they built the eight hundred seat Dreamland Motion Picture Theater. All three of their businesses were destroyed during that dreadful morning on June 1, 1921.

Finally, before there was Dr. Ben Carson there was Dr. Andrew Jackson, recognized as the finest and most competent Black surgeon in the country. A graduate of MeHarry Medical School, he was the son of a former slave who believed that his son’s accomplishments were proof that the race had progressed and was on the right track to equality –that is until Dr. Jackson was murdered by the mob in his front yard. Because he resided in a very affluent neighborhood, the penalty for his success was death.

The men and women of the Greenwood section in Tulsa, Oklahoma can serve as models of outstanding business acumen, and evidence that the race has always overcome tremendous odds and accomplished great feats long before the contemporary civil rights movement opened doors for the successful businesses of today. We must never lose track or forget the greatness of those who went before us, and always keep in mind Franklin’s admonition that the past is prologue to the future.

Frederick Williams is adjunct professor of Political Science at San Antonio College and Co-founder of Prosperity Publications LLC (PP). PP is a boutique-publishing house based in San Antonio, Texas with a vision to publish literary works that stress a positive image of the African American culture. Williams is the author of PP’s debut novel “Fires of Greenwood: The Tulsa Riots of 1921.” For more information, please visit: www.prosperitypublications.com

Black Wall Street and the Destruction of an Institution 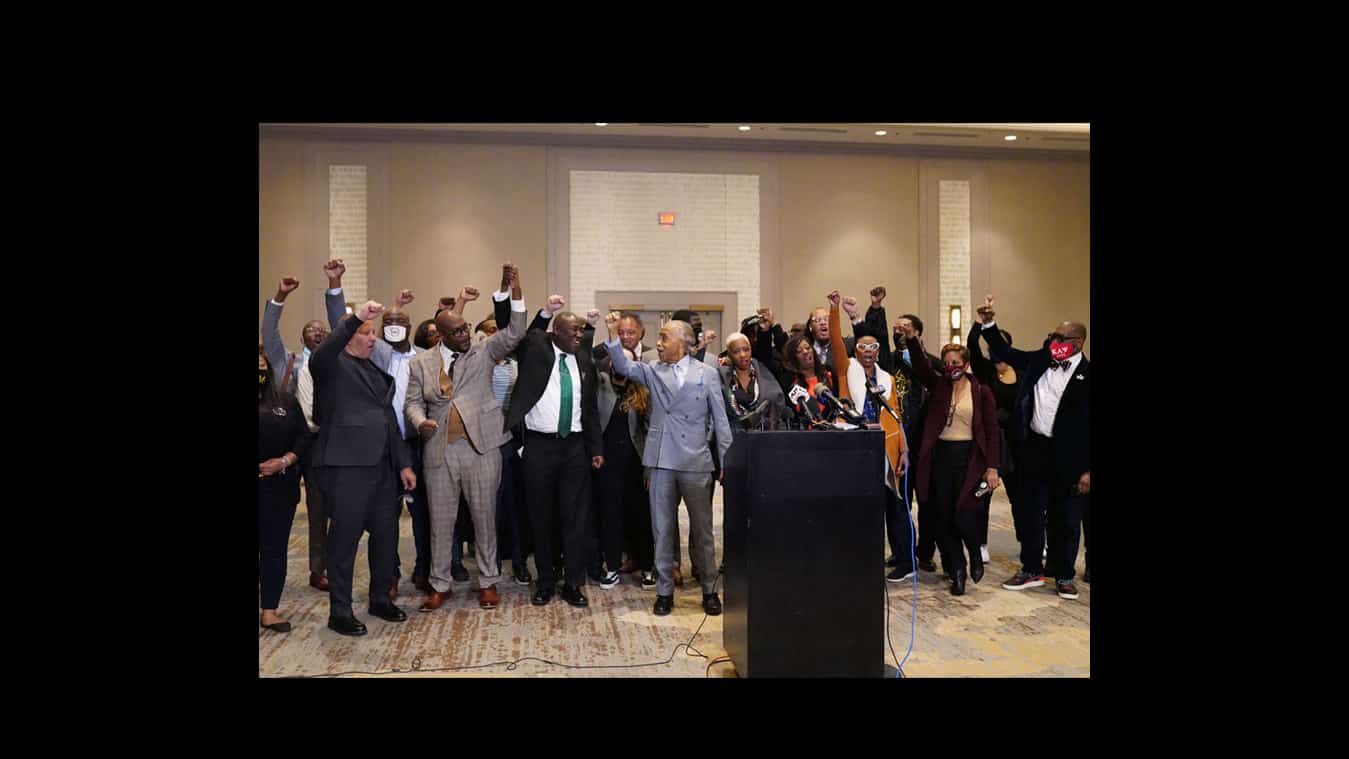 Op-Ed: “I Was With George Floyd’s Family When Derek Chauvin Was Found Guilty”