Goapele, Raheem DeVaughn Encourage Us to 'Rise Above' For Sexual Health

According to the Centers for Disease Control and Prevention, 25 percent of people with HIV are women. Black women continue to be disproportionately affected by the virus compared with women of other races, and both Black gay and heterosexual men don’t fall too far behind on the spectrum.

Despite this reality, we as a community still have a hard time talking about sex, HIV and the impact it has on African-Americans. Though many can pretend like this not-so-silent killer isn’t destroying us, world-renowned entertainers Raheem DeVaughn and Goapele cannot.

In addition to their own independent initiatives—DeVaughn runs the Love Life Foundation and Goapele has an extensive background in women’s and community activism—the two have teamed up with the AIDS Healthcare Foundation, the Reed For Hope Foundation, WORLD and the South Side Help Center for a four-city tour to promote women’s sexual health and responsibility.

“We engage in our care 21,000 newly diagnosed people a day around the world. The largest contingency of that population should be African-American men and women right here in the U.S.,” says Samantha Granberry of the AIDS Healthcare Foundation. “What is happening in our community in 2017 is that we are arriving into the emergency rooms already fully diagnosed with AIDS, and at that point, you are in a life-threatening situation.” 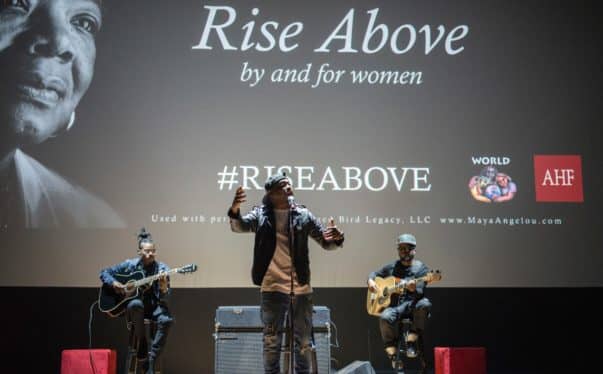 Faced with the challenge of engaging women of color, Granberry and the AIDS Healthcare Foundation’s partners coined the RISE Above campaign.

The campaign is for women only and features an intimate evening of live performances, giveaways, and raw, unfiltered conversation.

Of course, Raheem DeVaughn and Goapele perform, but during the tour they also get quite candid about the reality of HIV, as well as their own experiences with health, wellness and sexuality.

“Women, goals, empowerment, well-being and women’s health has always been important to me,” Goapele says. “And when I heard the statistics that were going on with African-Americans, [they were] shocking and discouraging to me. I just felt like I wanted to be involved and help spread the information in any way that I could and also just be a part of us figuring out how to slow those numbers down and how to change it.” 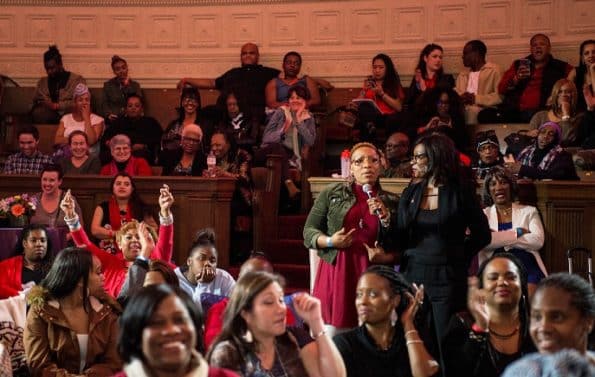 Since its launch on March 8, Rise Above has visited women in Oakland and Chicago. The campaign will soon head to Cleveland and conclude in Atlanta in November. 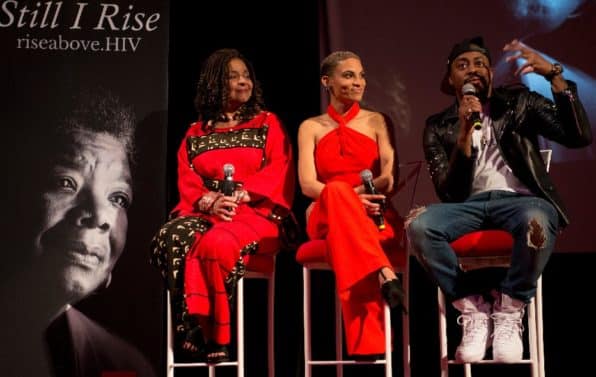 “We understood that it was important to have a platform that doesn’t scare people away from the topic and to discuss and engage them to really get them talking about what is going on in the current day and get some awareness and we realized that entertainment is the best way to do that.”

To learn more about the RISE Above HIV campaign visit www.riseabovehiv.org.