A Tribe Called Quest lit the stage when they performed on Saturday Night Live, last November. The night was special.

The group honored their fallen member, Phife Dawg, made a statement with tracks from their latest record, We Got it From Here …Thank You 4 Your service and the fellas were a part of Dave Chapelle’s national comeback.

The energy was contagious and it was an overall beautiful moment.

As the 59th annual Grammy Awards approach, more information is beginning to leak as it relates to who will be in attendance, who’s opting out of the ceremony this year, and which acts will be hitting the stage.

While fans probably won’t see the likes of Drake or Kanye, ATCQ is expected to bring a major moment to the night with a collaborative performance inclusive of Anderson .Paak and Foo Fighters’ drummer, Dave Grohl.

To get a taste of what Anderson and Tribe sounds like, just listen to “Movin’ Backwards” from the Tribe’s latest LP. 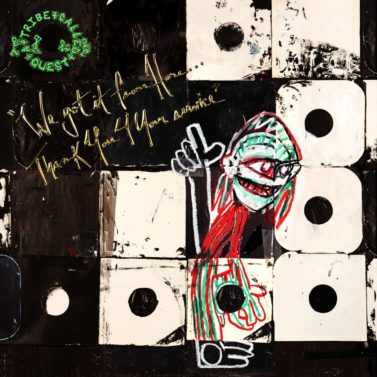 The 59th Annual Grammy Awards will air on Sunday, February 12th, on CBS at 8pm EST.